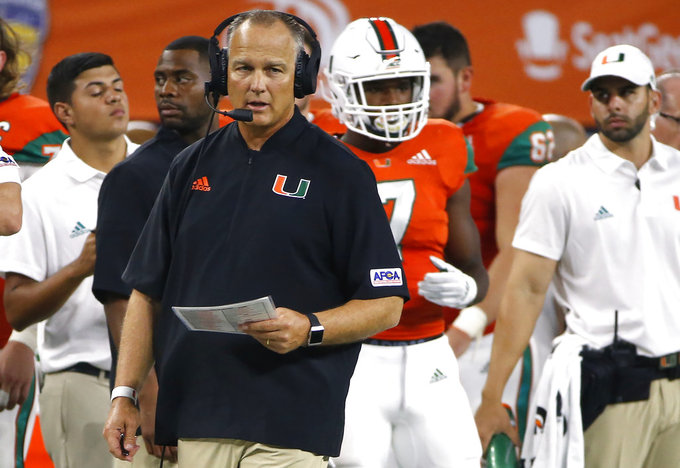 Miami coach Mark Richt watches from the sideline during the second half of the team's NCAA college football game against LSU on Sunday, Sept. 2, 2018, in Arlington, Texas. (AP Photo/Ron Jenkins)

Demetrius Jackson, the ex-defensive lineman for the Miami Hurricanes now running in House District 109, is set to be joined by his former head coach at a June 22 fundraiser.

Former coach Mark Richt is listed as a speaker for the event, along with Jan Sokol-Katz, a senior lecturer at the University of Miami (UM).

Jackson started playing for the school as a freshman in 2015. Richt took over as coach the following year, coaching Jackson through the remainder of Jackson’s time at UM. Richt announced his retirement at the end of last season.

Jackson is competing as a Democrat to challenge the incumbent in HD 109, state Rep. James Bush III.

“I went to high school in Overtown,” Jackson said of his decision to run in the Miami-Dade County district.

Jackson raised more than $7,500 in April. Excluding open races, that made him the highest-earning non-incumbent candidate of the month. 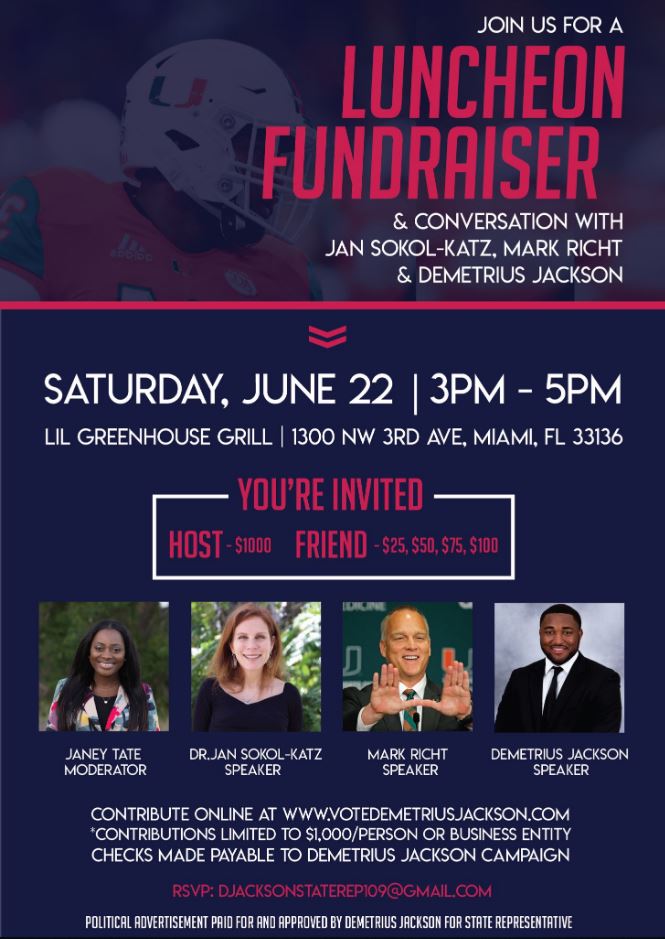