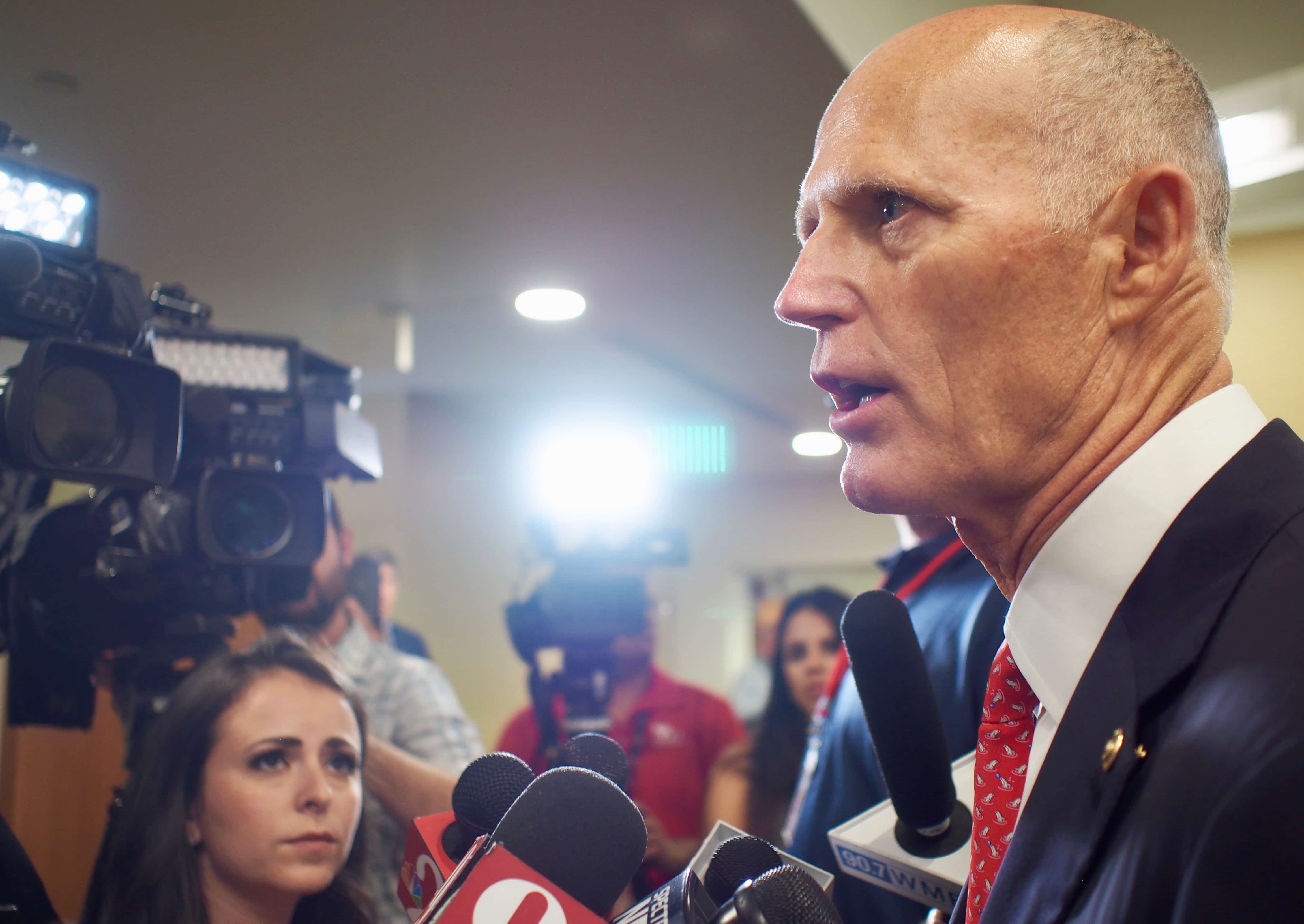 Sen. Rick Scott wants the government to 'quit telling us how to live our lives.'

If Florida’s Republican U.S. Sen. Rick Scott could advise President Donald Trump about what to address at his Orlando campaign kick-off Tuesday, the speech would be about the economy, which is booming, and border security, which Trump, Scott, and many other Republicans have declared a crisis.

As usual, Scott did not explicitly talk about building a southwestern border wall. But during a media availability Monday at Valencia College he blasted Democrats for not providing the funding that Trump and many Republicans sought for border protection, part of a plan that is centered on Trump’s proposal for a wall along the Mexico border.

“I think one of the biggest frustrations I’ve had is that we can’t get the funding for, for whatever reason the Democrats the liberals, don’t want to support funding for [the] border. I don’t get it. I think it’s all part of security,” Scott said.

Scott has fully supported Trump on the issue, voting in the minority of the U.S. Senate against a rejection of Trump‘s border wall national emergency declaration in March, while Florida’s senior U.S. Sen. Marco Rubio voted with the 59-41 majority, to declare that Trump should not have the power to redirect federal funding to build the border wall.

Democrats contend that they are willing to provide money for border security, just not a wall. And they contend the border situation is not at all the crisis that Trump, Scott and Republicans describe.

For Trump, the proposed border wall has been a central issue since he first descended the escalator at the Trump Tower, four years ago Sunday, to announce he was running for president. It has been a winning rallying cry for him ever since. It has not been funded.

Scott does not explicitly offer support for the wall. And on Monday he did not explicitly describe how the Southwest border was a high national safety issue.

Scott was in Orlando Monday to host a hurricane preparedness meeting at Valencia College, bringing together federal officials to network with local officials and law enforcement officials from throughout the state, as well as with private contractors who’d like to work with the Federal Emergency Management Agency and other agencies.

The forum, which attracted about 175 people, piggybacked on a FEMA forum that Valencia was hosting Monday in the same building, its Valencia School of Public Safety.