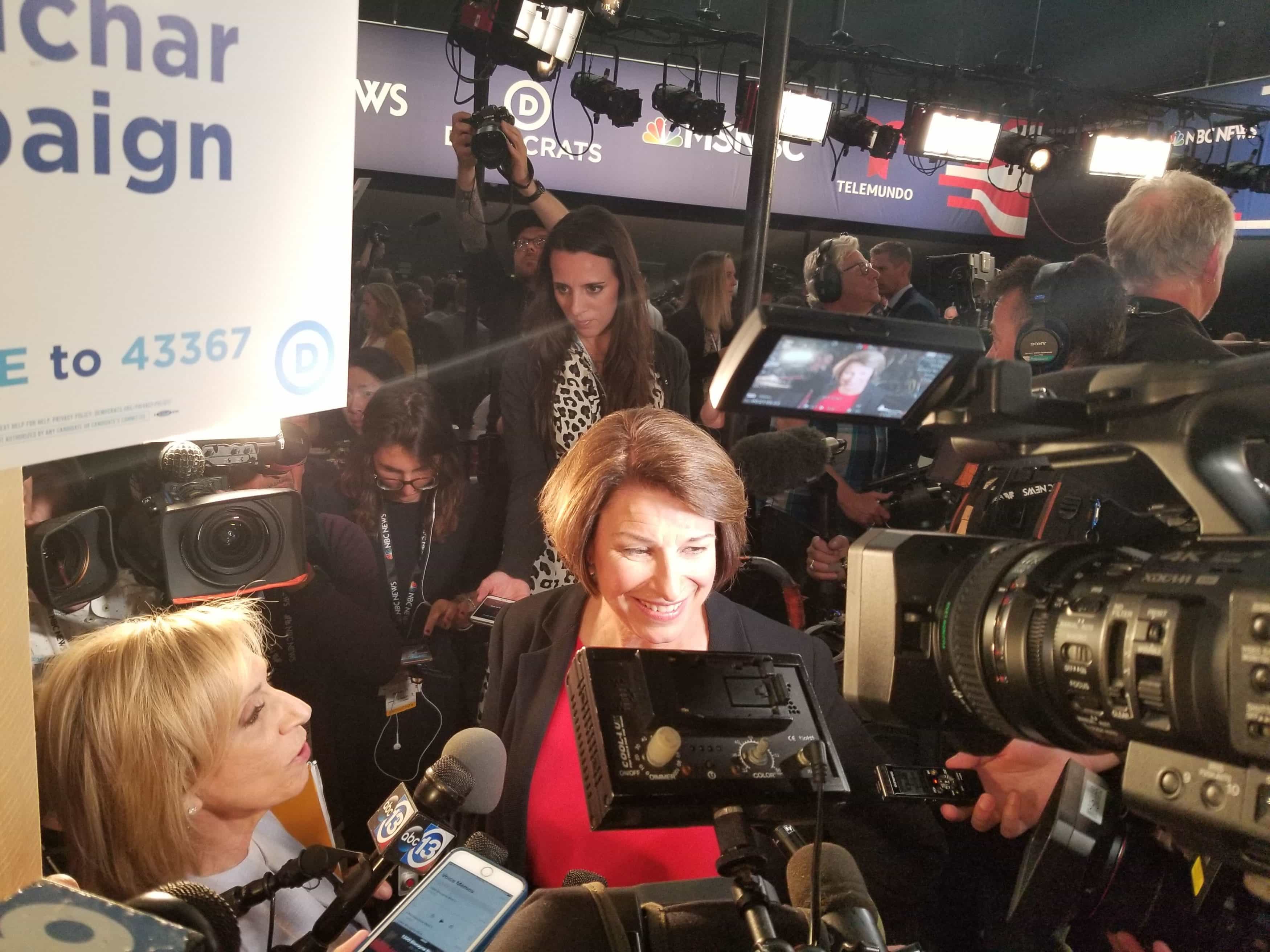 The spin zone has become a soundbite-making post-debate tradition in American politics, and Miami gets to host it two nights in a row.

So what happened in the Adrienne Arsht Center as soon as the First Democratic Presidential Debate came to a close?

With a wide set of candidates trying to become better known, every candidate in the state spent some time in convening with reporters.

A couple, like Elizabeth Warren, came over to do interviews with host network MSNBC then quickly left.

The minor candidates came over and engaged in lengthy conversation with voters. Tulsi Gabbard defended her record on LGBTQ rights. “My record speaks for itself,” she told Florida Politics.

She also gave an interview about her startling traction with readers of the conservative Drudge Report, who said she won the debate.

Jay Inslee beat his chest over having his climate record ballyhooed. And virtually everyone complained about a lack of time.

“I would have loved to talk about climate change,” lamented New Jersey U.S. Sen. Cory Booker. He noted his own environmental agenda has been compared to Inslee’s.

Of course, Inslee had memorable moments on stage besides talking about climate; he did also get attention listing President Donald Trump as the greatest threat to U.S. security.

“Climate change is my foundational issue,” the Washington Governor stressed to reporters after the debate.

Amy Klobuchar took a victory lap on abortion rights and a powerful moment in the debate when she credited all the women on stage for defending the right to choose.

But even campaigns with no presence on stage enjoyed attention in the spin room.

Surrogates for former Vice President Joe Biden, the clear frontrunner in Florida in a recent St. Pete Polls survey, drew a crowd of media. Biden won’t take the stage until Thursday evening, but his mind is already on the stage.

The campaign surrogates said Biden will bring progressive plans for education, climate change and other issues. But he will also offer a promise of unity in the U.S.

“He sees we are in a hyper-partisan place,” said Biden surrogate Kate Bettington. “His is a vision for America where we can come together.”

He will take the stage with nine other presidential candidates on Thursday.

nextSunburn — The morning read of what’s hot in Florida politics — 6.27.19