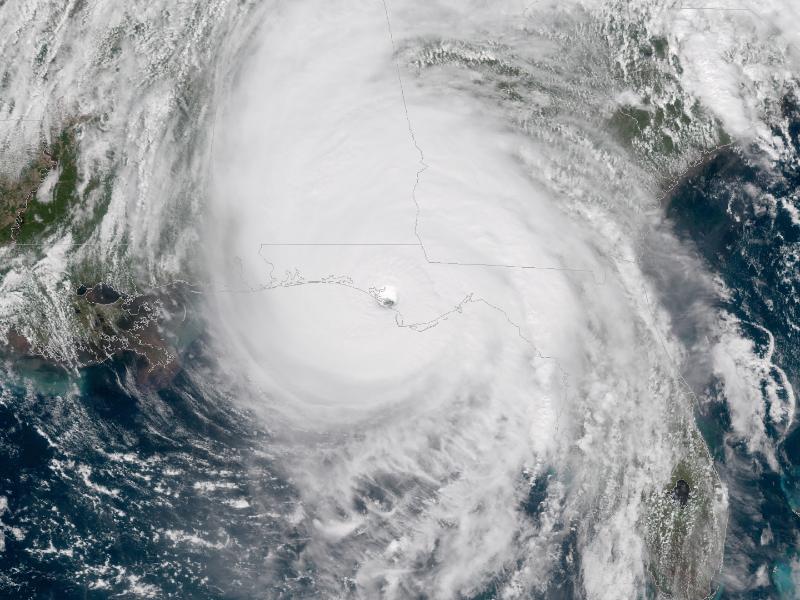 Panhandle prisons were already strained by vacancies prior to Michael.

Nine months ago, Rodrick Fagiole was inside Gulf Correctional Institution when Hurricane Michael blew the roof off the Panhandle prison.

The 40-year-old said he rode out the storm at the Wewahitchka facility, just 24 miles north of Mexico Beach where Michael made landfall in October.

The damage to the prison was so bad that it remains closed.

And, with the 2019 hurricane season already underway, state corrections officials are still dealing with the aftermath of the massive storm that caused more than $50 million in property damage to 14 facilities in Florida’s Panhandle region.

The devastation from Michael was a major blow to the state’s entire prison system, which has a large concentration of prisons in North Florida.

Aside from buildings needing repair and reconstruction, the Department of Corrections has also faced other hurdles in the storm recovery process.

Corrections officials have had to shuffle thousands of inmates across Florida, after numerous facilities were shuttered temporarily. They’ve worked with the federal government to secure reimbursement for property damage. And, after neighboring communities were destroyed, the state has struggled to fill vacancies in Northwest Florida prisons, exacerbating an already problematic workforce shortage. In mid-June, there were nearly 2,400 correctional officer position vacancies statewide.

Hundreds of correctional officers who worked in Panhandle state-run prisons lost their homes and have moved away, according to Matt Puckett, the executive director of the Florida Police Benevolent Association.

After the storm, some officers were relocated to other prisons.

“Others just uprooted to other parts of the state,” Puckett said.

Panhandle prisons were already strained by vacancies prior to Michael, Puckett said. With nearby communities now in tatters, filling those job openings may prove even harder, he added.

During Michael, inmates and correctional officers at the prison were evacuated to secure areas within the Gulf County facility, state officials said this week. By the time the storm had barreled through the prison, Fagiole said he saw the roof come off, the ceiling cave in and electric wires snake down to a floor that was quickly flooding.

“You best believe at some point everyone that was in that area did not want to be there — from us to the guards,” Fagiole said.

With storms already brewing off Florida’s Gulf Coast, state officials say they are ready for this year’s hurricane season.

“Plans are in place to ensure that food and water supplies are prepared for interrupted service in the event of a major impact from a natural disaster. Preparations also include providing staffing assistance, such as additional officers and maintenance crews, from non-impacted regions,” Rob Keppler, a spokesman for the Florida Department of Corrections, said in an email.

Keppler said all state prisons have backup generators in case of power outages. Corrections officials have conducted exercises and developed contingency plans to make sure they are ready for a natural disaster, he added. Those plans are confidential, Keppler said.

Prisons, which are constructed with concrete and cinderblock, are “hurricane rated and evacuations are made with that in mind based on the information available as the storm approaches,” corrections officials said.

Fagiole, however, said inmates and staff should have been evacuated from Gulf Correctional Institution during Michael, which weather officials earlier this year upgraded to a Category 5 storm.

“[The state] had the means to move us, but the thought was, as with a lot of hurricanes, it’ll miss us, as always. Well, it didn’t,” he said.

When asked about Fagioli’s recollections of what happened during Michael, Department of Corrections spokeswoman Michelle Glady said the state’s “highest priorities are the public safety, the security of the institutions, and the safety of our staff and the inmates under the department supervision.”

No injuries were reported at the Gulf County facility during the storm, according to state officials.

But Fagiole said he was hit when the ceiling caved in. And Jim Baiardi, the president of the Police Benevolent Association, said that some staff reported “minor injuries” but that, in general, “everything was OK.”

Two days after the storm made landfall, Puckett said he saw one correctional officer from Gulf Correctional Institution who looked as though “he came from combat, still in the state of shock.”

In Florida, where the hurricane season began less than two months ago, corrections workers are bracing for what may come next.

“Everyone prays that the storm doesn’t come,” said Baiardi. “But plans are in place, and you better be trained.”

nextPay up or else: Bayfront Hospital now suing patients over unpaid bills