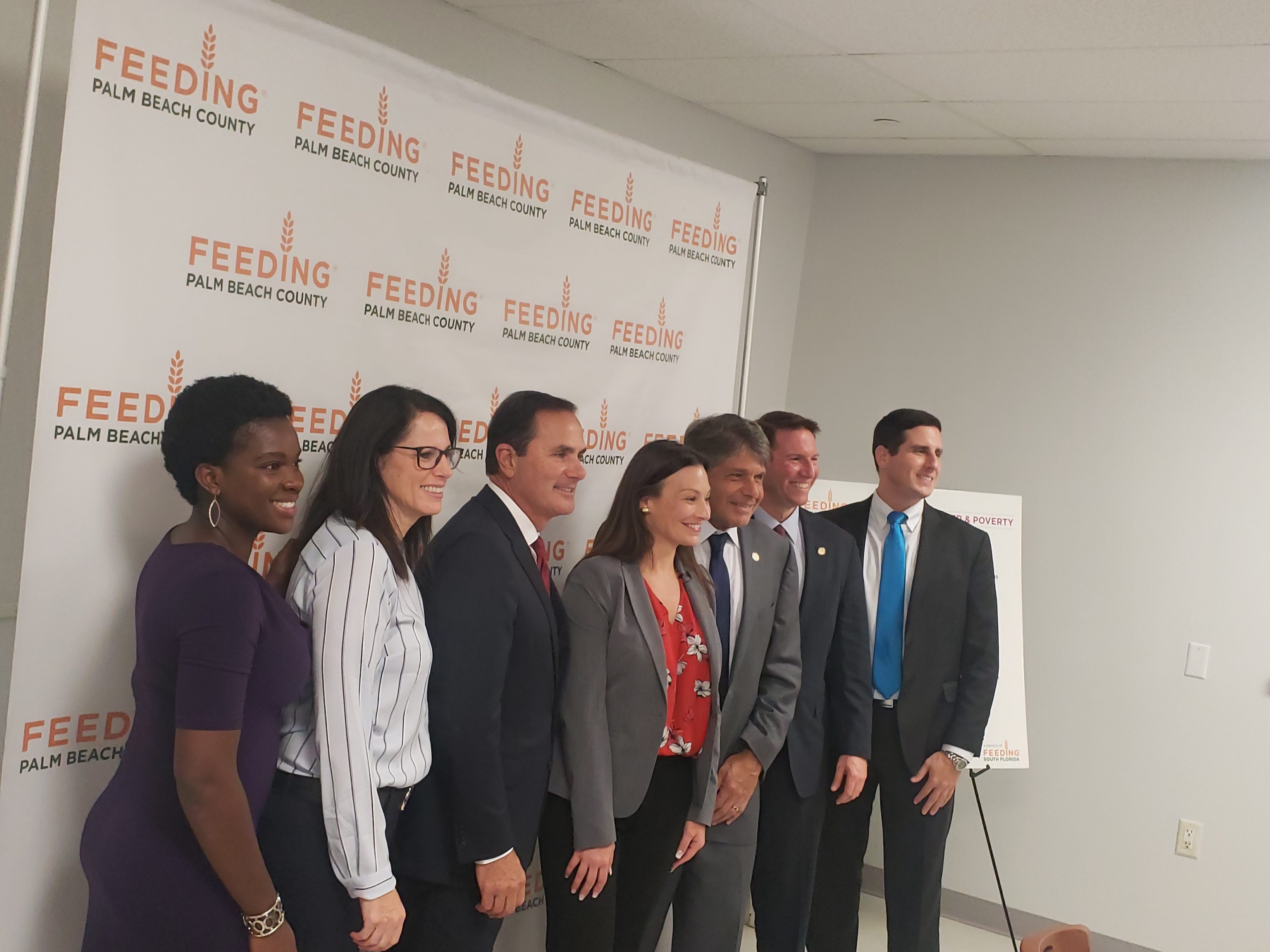 “Fighting food insecurity is one of my top priorities."

Fried held a roundtable with several lawmakers at a facility owned by Feeding Palm Beach County, a branch of Feeding South Florida located in Boynton Beach.

“This is bipartisan,” Fried said of the efforts to fight food insecurity.

And those numbers are just from Palm Beach County.

“There’s room at the table for everyone and anyone who wants to get involved,” said Paco Velez, the group’s president and CEO.

“Our communities, our families have a huge advocate in Commissioner Fried.”

Fried also discussed what she says is a common misconception: that those who seek out these food banks are homeless or destitute.

“What I have learned is that it’s families that may just need a little bit of extra help, that aren’t qualifying for the SNAP programs,” Fried said.

Velez echoed that sentiment. “Most of the people we serve are working families,” he confirmed.

“We are actually putting together, over the summer, a task force on food insecurity to look at what other counties and other cities across the state are doing as far as ideas,” Fried said.

She added her agency would then look to push those ideas into legislation to make sure the state adequately funds programs that work. Her goal is to have those suggestions ready for the upcoming 2020 Session.

“Fighting food insecurity is one of my top priorities because the cost of doing nothing is too great. Food insecurity affects all of us — it increases our state’s health care costs, undermines our workforce, and keeps our children from reaching their full potential,” Fried said.

On Tuesday, Fried will continue her efforts by visiting Broward County.

At 11 a.m., Fried will attend an event hosted by Summer BreakSpot, which aims to provide summer meals for children. That will be followed by a 2 p.m. food safety inspection at a Davie Walmart.