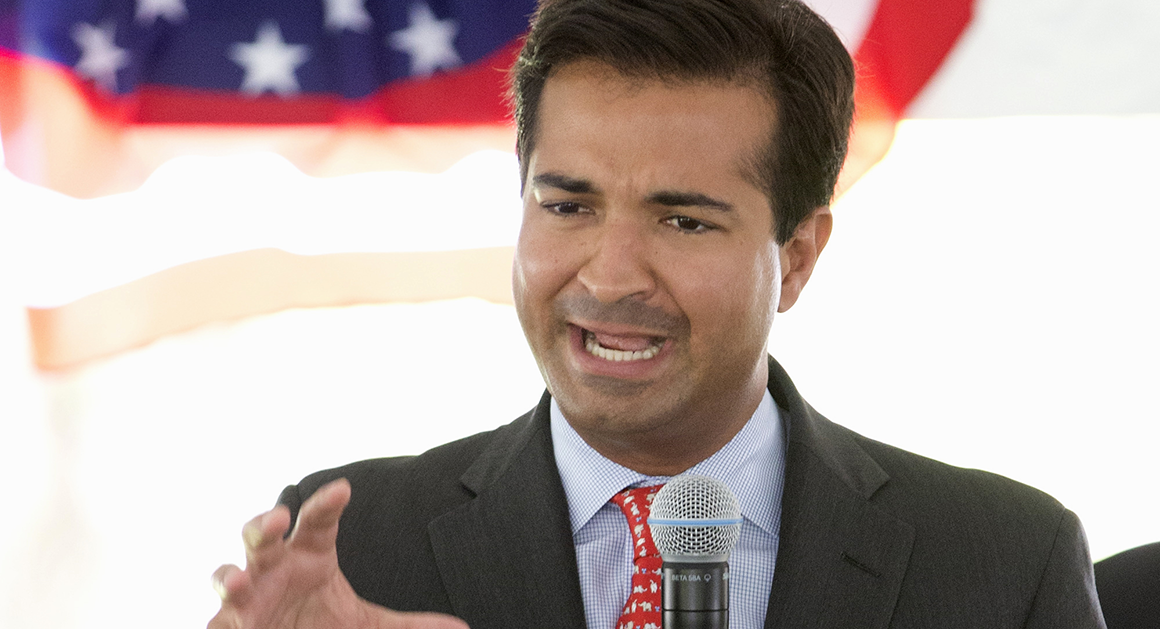 And why has his friend, a dentist, received hundreds of thousands of dollars in campaign cash?

Carlos Curbelo says he won’t challenge Democrat Debbie Mucarsel-Powell for the Congressional seat he lost to her last fall.

But that hasn’t stopped the Miami Republican from spending campaign cash like a candidate, as his leadership PAC has blown through tens of thousands of dollars this year on travel, high-end restaurants, and wine in places such as Napa Valley, New York, and Las Vegas.

Federal law gives candidates great latitude on how they raise money, but campaign filings show Curbelo’s “What a Country! PAC” spent nearly $54,000 of funds in the first half of 2019 without collecting a single new donation. The PAC, designated a multicandidate committee, sent just a single $1,000 check to another candidate. Personal use of campaign funds is strictly prohibited.

Curbelo, now a frequent contributor to MSNBC, declined multiple requests for an interview because he alleged the story was a “hit piece … to paint our political operation in a negative light.”

In an email, however, Curbelo said the PAC’s expenditures were to “satisfy pending invoices, for policy events, donor appreciation, and donor recruitment for the future of the PAC among other routine expenses.”

He would not specify what kind of events or efforts the PAC was funding.

Even when the committee was scrapping for cash in Curbelo’s expensive reelection bid against a better-funded Mucarsel-Powell campaign, it didn’t skimp on the wine budget.

The PAC spent $4,603 at Napa’s Far Niente Winery in the last election cycle, where a check of the winery’s website shows the lowest retail price for a bottle of red wine was $185 for a cabernet sauvignon; a chardonnay was offered at $70 per bottle. The PAC also spent $813 in 2017 at another high-end Napa Winery, Nickel & Nickel.

After losing the election, the PAC’s thirst for wine only grew, spending $4,272 at Far Niente in just the first half of 2019. That’s on top of the $17,227 it spent on airfare over the first 26 weeks of the year, plus thousands more on hotels and restaurants.

Cash for the Dentist

Curbelo and his PAC also continued in 2019 paying Solari Communications, an LLC run by his friend, Jean-Paul Chavez. Between the PAC and Curbelo’s primary campaign account, Chavez’ company collected $19,000 in 2019 for “fundraising consulting” and “administrative consulting.”

The payments — as well as the $311,500 Curbelo-affiliated committees paid Solari Communications in the 2018 election cycle — stand out because Chavez is a dentist; the only political experience he appeared to have prior to the 2018 cycle — according to thorough searches of web archives, federal filings, state records, and his LinkedIn page — was his friendship with Curbelo.

It appears from the Facebook pages of Chavez and Curbelo the two have been friends since at least 2013. In 2014, Chavez changed his profile picture to a “Vote Carlos Curbelo” image; in 2015, Cuberlo urged his FB friends to “like” Chavez’ new page for his dentistry practice.

Of Solari’s massive 2017-18 haul, $121,500 came from Curbelo’s PAC for fundraising consulting, a handsome sum given the committee raised just $518,000 during the election cycle.

Curbelo was such a fan of Chavez’s work that he didn’t just increase the payments to Solari as the cycle went on, but he also hired Chavez onto his Congressional staff midway through 2018.

In addition to collecting paychecks from four different Curbelo-related committees – and his continued work as a dentist during this time — Chavez was hired at an annualized salary of $90,000 as Curbelo’s External Affairs Policy Adviser, according to Legistorm. He then received a raise after four months, to $110,000 in the fourth quarter of 2018.

Federal election laws prohibit certain coordination between candidates and Super PACs. However, Curbelo said in an email his office consulted with the House Committee on Ethics “regarding all employment arrangements, and they were all cleared in advance.”

When reached by phone Wednesday, Chavez said he would discuss his company’s work after he finished an afternoon meeting; he never called back.

Curbelo wouldn’t discuss his friendship with Chavez or Solari, but said in an email “a number of close friends” helped him raise record funds last year and his only regret was “not being able to compensate them more for all the sacrifices they made in the toughest of political environments.”

Ironically, Curbelo did little to acknowledge his friend and adviser while paying Chavez and his company. It was only recently, after leaving office, that Curbelo first started tagging Chavez on Twitter and posting pictures with him, including this photo from a late-February 2019 trip they took together to California.

Well @GovArnoldUSC was the clear winner of the flex off in LA last week, but you have to give @theJiP26 some points for effort. It was a good #climatepolicy conversation. He’s always lead with courage and honesty on the #environment. pic.twitter.com/yjNiYDuD0L

Curbelo’s PAC reported a $2,414 “catering expense” at Napa’s Far Niente Winery that same month but did not specify the date or purpose of the expense.

“It is very difficult to see any legitimate justifications for Curbelo’s PAC’s spending in 2019,” said Brendan Fischer, Director of Federal Reform for the Campaign Legal Center, a Washington watchdog nonprofit. “Curbelo cannot legitimately claim that the thousands of dollars spent at California wineries were fundraising expenses because his PAC has not raised any funds.”

Curbelo said he planned to keep the PAC active and operating “in support of centrist Republicans and perhaps Democrats in the years ahead.”

Curbelo’s future may involve another run for office, but despite recent polling from a Republican firm indicating he would be favored in a hypothetical rematch against Mucarsel-Powell for his old seat, Curbelo told POLITICO last week he was not going to run for Congress in 2020; instead, he’s taking aim at the Miami-Dade mayoral race.

“Although I am confident I would prevail, now is not the right time for me and for my family. I look forward to staying here at home and contributing to my community,” Curbelo told POLITICO.

He did not elaborate Wednesday night on his future plans.

It’s also not certain how Chavez named the company he founded in 2017, with what appeared to be just a single political client: Curbelo. A search of the internet reveals Solari is the name of a minor character on Xena: Princess Warrior, as well as a small village in Bulgaria.

Solari also happens to be the name of a cabernet sauvignon made by Larkmead Winery, from the same region of Napa Valley where Curbelo’s committees have spent thousands of dollars since 2017.

Curbelo is the second former member of Congress from South Florida with recent questionable campaign spending after his or her campaigning was over; in June, Florida Politics exposed Ileana Ros-Lehtinen spending her PAC money on what appeared to be personal trips to Disney World and other destinations.

nextBusted: New tech aims to take a bite out of homestead exemption fraud