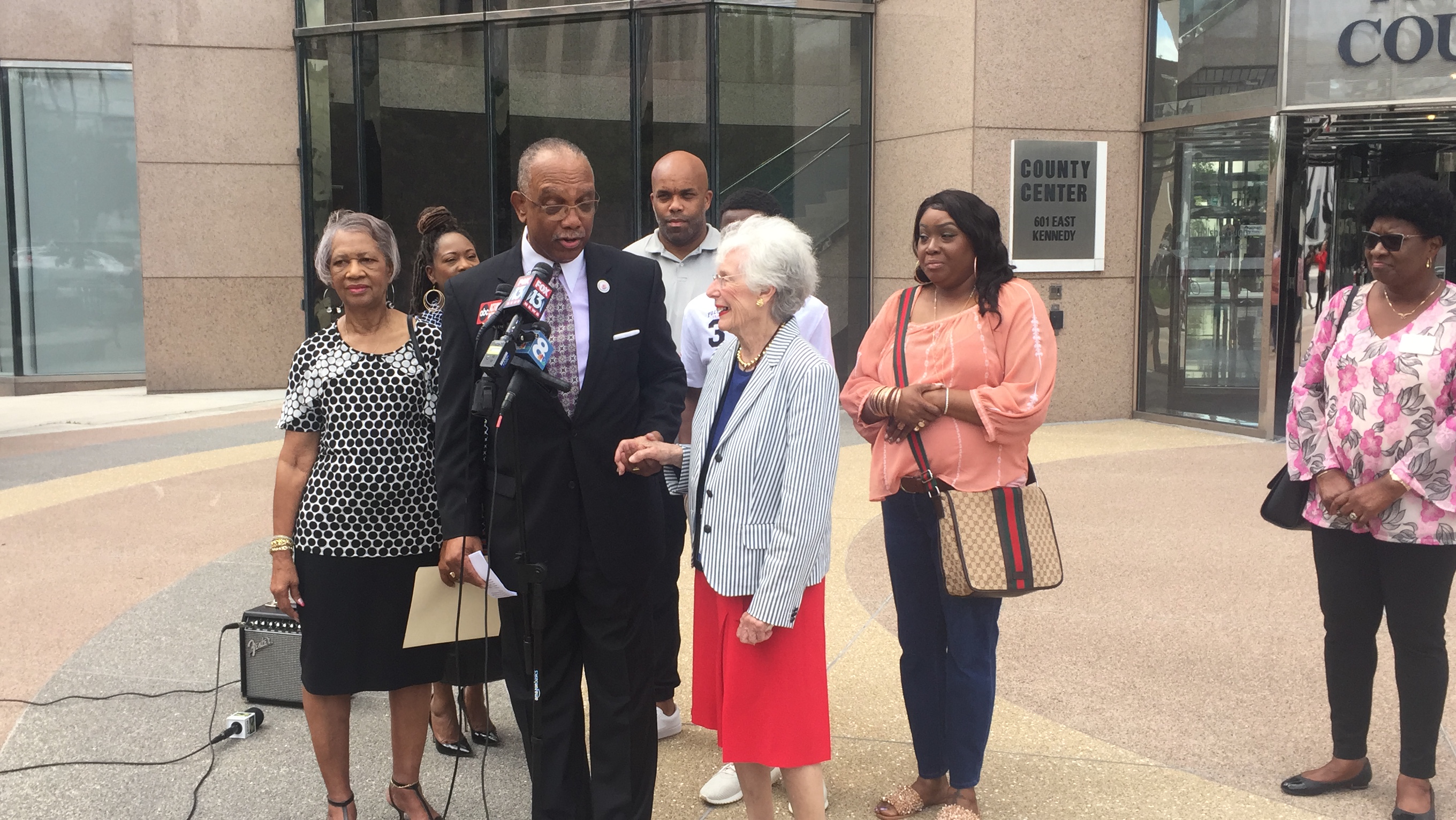 Les Miller thanks Hillsborough County Clerk of the Court and Comptroller Pat Frank for endorsing him as her successor before leaving the race due to health issues.

Miller had been considered a frontrunner in the race, getting an early nod from incumbent Pat Frank who is not seeking reelection.

But Miller told the Tampa Bay Times Monday that due to “worsening health problems” he decided to withdraw from the race.

Miller will serve the remainder of his term on County Commission, which ends at the end of next year.

Miller said he wants to enjoy life with his wife and family after he leaves office. Miller has six grandchildren.

The long-time public servant has already raised more than $66,000 for his bid.

Miller was first elected to County Commission in 2010.

Miller cited problems with severe arthritis and its accompanying pain as a reason for abandoning his campaign.

Miller’s exit from the race leaves several possibilities for Frank’s eventual successor. Miller’s colleague on the commission, Sandy Murman, is already filed for the race and has raised nearly $200,000. It had looked like Murman might not pursue the seat after she joined a host committee supporting Miller’s bid, but his withdrawal could reshape her circumstances.

Miller’s withdrawal also opens the door for former Hillsborough County Commissioner Kevin Beckner who ran unsuccessfully against Frank in 2016. He’s said previously he would consider it.

Other rumored candidates include School Board member Cindy Stuart and former Tampa City Council member Harry Cohen. After failing to make the runoff for Mayor last year, Cohen joined Frank’s office as general counsel. Political insiders expected Cohen to run for County Commission next year, but he has yet to file for any of the seats. Miller’s departure from the Clerk’s race opens another door to his political future in the region.