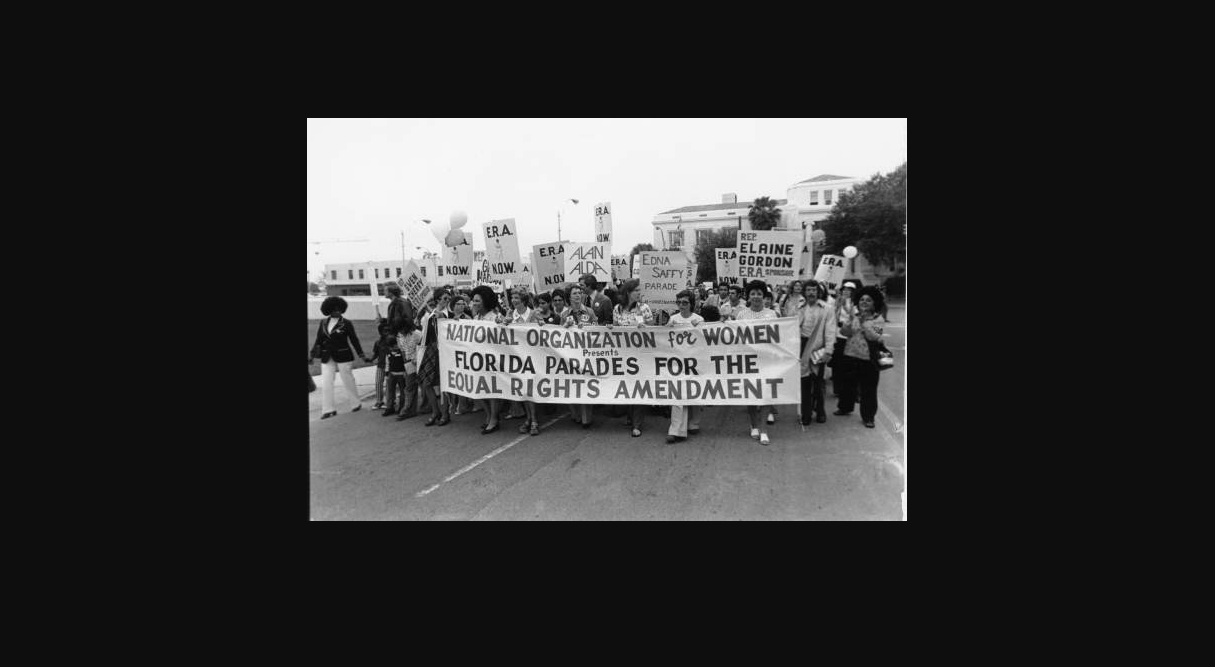 If at first you don't succeed...

In what has become a yearly tradition, Democrats again are introducing a call to ratify the Equal Rights Amendment.

Legislation was filed Friday morning in the state’s Senate and the House.

In the Senate, Democratic Leader Audrey Gibson of Jacksonville filed the bill. And in the House, Democratic state Rep. Fentrice Driskell of Tampa sponsors the legislation.

Those who were around in the 1970s remember the ubiquitous “ERA YES” buttons and bumper stickers promoting the Amendment.

Though the ERA never made it into the U.S. Constitution, as the amendment failed to be ratified by three-fourths of the states by 1982, the ERA will yet again be considered (and likely not passed, if history is a guide) by the Legislature this session.

Sen. Gibson said back in 2016 that the “ERA has been filed every year hoping for ratification to get to enough states to add the amendment to the Constitution.”

Gibson is carrying a torch others before her have. Back in 2013, for example, Arthenia Joyner discussed her filing of the bill.

“Florida women are at the forefront of research, medicine, engineering, law, politics and even military operations overseas – yet without any constitutional protections of their right to equality,” Joyner said in a news release. “In the 10 years I’ve sponsored this bill, I have yet to hear a reasonable explanation for why this state should not ratify the ERA.”

The battle for ERA passage has been tortuous, to be sure.

The indispensable Florida Memory site documents some primary history from the 1970s heyday of the ERA, including a letter from the Jacksonville Coalition for the ERA to Sen. Bruce Smathers.

Despite the passage of time, the arguments ERA proponents raised to Smathers, a Jacksonville Democrat in the tradition of a bygone era, are worthy of note.

“Opposition to the Equal Rights Amendment (ERA) is a blow to all Americans who believe that an individual’s rights and responsibilities should not be dependent upon sex or marital status,” the argument went from the Jacksonville Coalition.