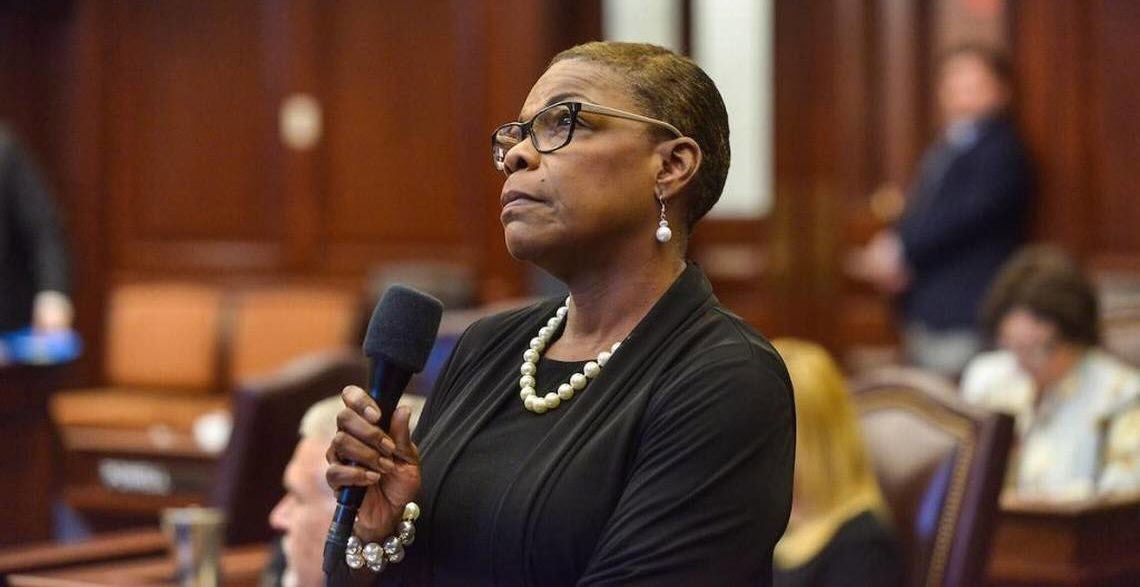 Senate Democratic Leader Audrey Gibson is calling on Gov. Ron DeSantis to “reconsider” the hiring of one of his office’s lawyers to be the state’s next chief administrative law judge.

This week, the Governor and Cabinet voted to name John MacIver, DeSantis’ deputy general counsel, as chief judge and director of the Division of Administrative Hearings (DOAH).

In a Friday statement, Gibson said MacIver – who still must get state Senate confirmation – “poses challenges on several levels.” He will replace Bob Cohen, DOAH’s head since his appointment by Gov. Jeb Bush in 2003.

“The Governor’s support appears to be rooted more in Mr. MacIver’s allegiance to The Federalist Society than his experience in the courtroom or as a judge – both of which he lacks,” said Gibson, of Jacksonville.

The organization refers to itself as a “conservative and libertarian intellectual network that extends to all levels of the legal community.” MacIver is current president of the Society’s Tallahassee Lawyers Chapter.

“The qualifications for overseeing the judicial checks on state agencies and boards should amount to more than just a right-wing club membership,” Gibson added.

The agency, as a joint legislative committee has described it, acts as “a ‘check and balance’ function by increasing administrative agency accountability to the Legislature and Florida’s citizens.”

Administrative law judges (ALJs) – of which MacIver will have sole hiring power – can have wide influence. They often “consider cases that impact the entire state of Florida” and can “hear disputes regarding multi-million dollar contracts issued by state agencies,” the Florida Bar Journal has explained.

Gibson said DeSantis’ “preference for Federalist Society judicial candidates has been troubling since his inauguration … The society, consisting of ultra-conservative ideologists, has also become the go-to organization for Republican judicial picks at the federal level, including the U.S. Supreme Court.”

In his first act at remaking the state’s judiciary, the Governor earlier this year replaced three retiring justices largely seen as liberal-leaning with three legal conservatives on the state Supreme Court.

MacIver told the Governor and Cabinet he would first focus on the DOAH hiring process. He wants to “create a culture” where the legal test is applying the “plain meaning” of laws and the state constitution to executive branch agency actions, he said.

MacIver, 45, got his law degree in 2011 from Northwestern University School of Law and was admitted to practice law in Florida the next year. He was an attorney at the Department of Business and Professional Regulation before joining the Governor’s Office under Rick Scott.

His cover letter and résumé, which had been on the Cabinet’s website, have since been removed.

“With millions of dollars in state contracts and the smooth operation of state agencies at stake, the top judge at DOAH should offer more than just a membership card and scant legal experience,” Gibson said. “The Governor should reopen the search.”

A request for comment is pending with the Governor’s Office.