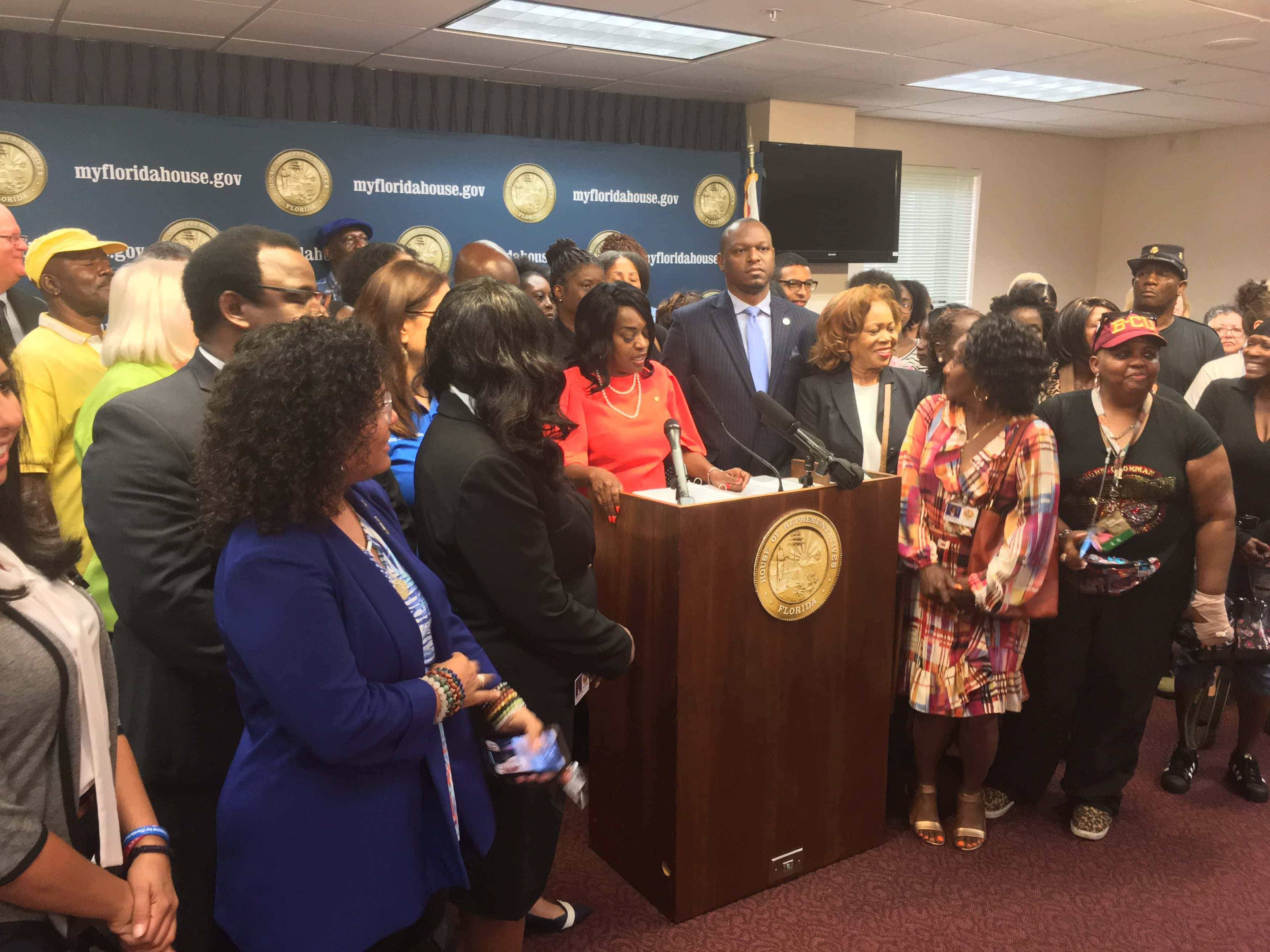 The measure would apply retroactively.

They were flanked by people who traveled from across the state to stand with the legislators as they made their case for a bill that appears to have no Republican backing—generally a death knell in a Legislature controlled by the GOP.

Among other things, the move could be a cost-cutter for the cash-strapped Department of Corrections.

As Florida Politics reported previously, the agency—which seeks a budget bump of $89 million next fiscal year—could save an estimated $860 million over the next five years if this proposal were to become law.

Bracy noted the 85 percent threshold is “ineffective, costly, and unnecessarily harsh” and called for a “more compassionate criminal justice framework.”

McGhee said the bill was about “restitution, reconciliation, and rehabilitation,” adding that “a billion dollars is on the table.”

McGhee also noted that 85 percent sentences have not deterred recidivism: “For those who say this bill would allow criminals to walk our streets, I question your thinking.”

He noted that Corrections lacks the resources to handle rehabilitation.

“The majority of the people who want a second chance are people who … want some kind of help in terms of rehabilitation,” McGhee said, noting the movement was diverse and one to “save our future because what’s happening now isn’t working.”

Hart, the primary sponsor, called this an “urgently needed piece of legislation,” and lauded McGhee for co-sponsoring it. She noted that the state has 96,000 people in prison, a function of “outdated sentencing policies.”

Hart said she has been to 34 prisons, and they have “constant problems … a lack of quality medical care … the buildings are falling apart.”

Sen. Bobby Powell, on behalf of the Legislative Black Caucus, signaled his group’s support. So Democrats are on board, but are Republicans?

“Our caucus is going to make this one of our top five priorities this Session,” McGhee vowed. “Sixty days in our Session … many committee weeks to go,” he added, hinting there could be Republican support in the House eventually.

For instance, Hart said the bill will have traction in the Senate, and she is looking to lobby House Republicans to get the bill heard.