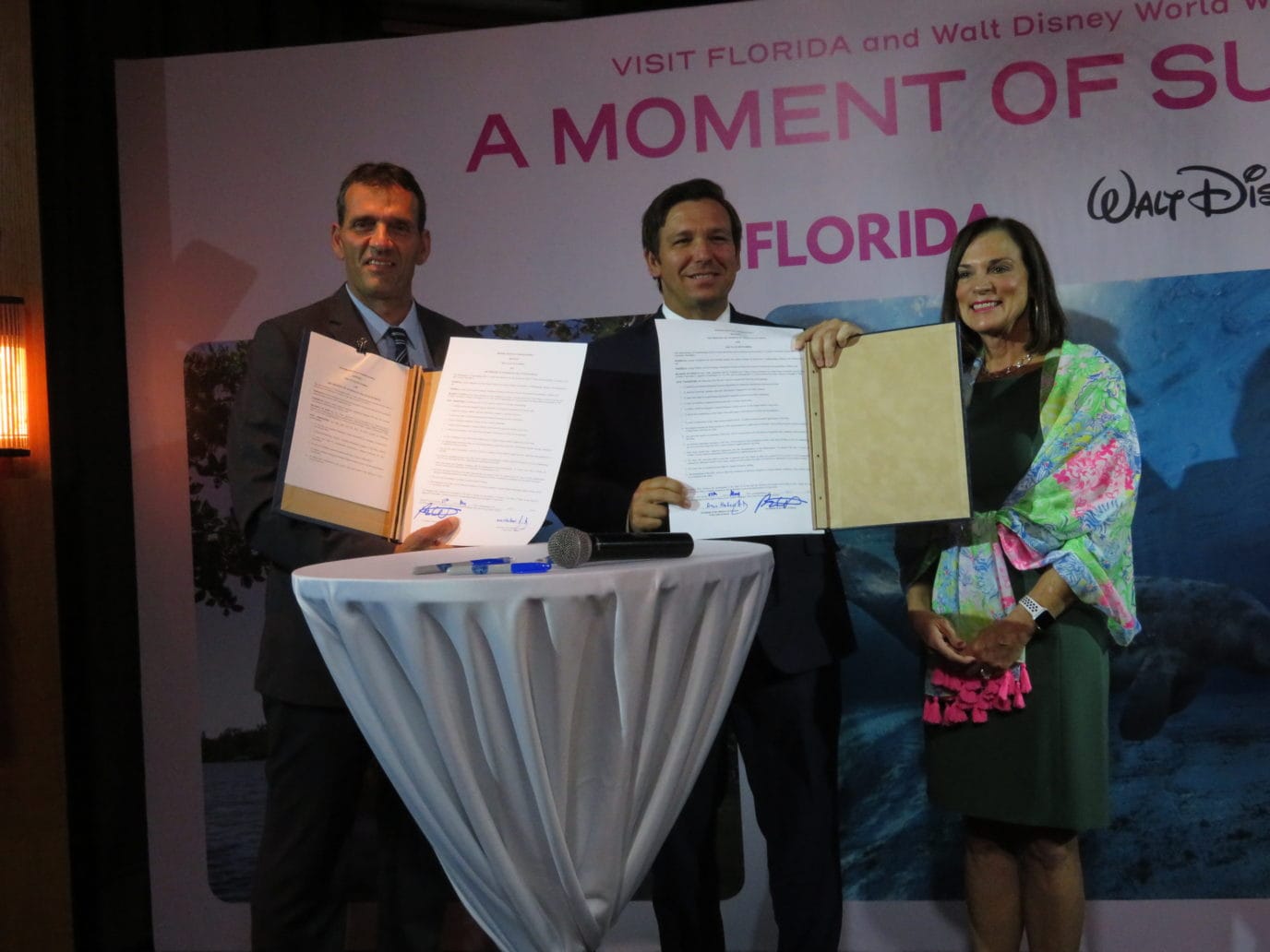 House lined up against Senate, Governor.

Among the many battles facing the Florida Legislature in this year’s Session: tourism incentives.

As has been the case for the last few years, skepticism about the future of VISIT FLORIDA reigns.

As 2019 ended, the state tourism agency rolled out its list of accomplishments, a preemptive strike against those critics.

Among the accomplishments: record visitors in 2018, with 2019 on pace to exceed that number; the opening of a tourism agreement with Israel, as part of a tranche of accords ratified during an Enterprise Florida delegation trip; money dispersed for hurricane relief.

However, for at least a couple of the most influential Republicans in the House, this wasn’t cutting it.

Speaker José Oliva, who begrudgingly greenlighted VISIT FLORIDA money in 2019, made a staunch rhetorical case against what he called a “waste of $30 million” in the Tampa Bay Times in December.

Oliva spotlighted inefficiencies: “Over the last three years, VISIT FLORIDA spent about 55% to 58% of its total operating budget on media production and operations directly targeting potential tourists. The remaining dollars are spent on salaries and benefits, fees and services, and things like travel, telephone, and office space.”

Cummings said the program didn’t measure up to other “causes and concerns” in the state budget: “This year alone, counties drew in $1 billion through tax levies to draw in tourists through advertising — VISIT FLORIDA’s budget is merely 5% of that. That means if we cut VISIT FLORIDA funding, the state would go from spending $1.05 billion overall on tourism marketing to $1 billion.”

For years now, House Republicans have established tourism incentive spending as a deal-breaker condition. 2019’s cut of the budget from $76 million to $50 million came after intense negotiations.

Oliva conceded in the end, saying the approval would allow Gov. Ron DeSantis to “make an assessment of his own on how unnecessary it is.”

However, VISIT FLORIDA head Dana Young, who has just passed her one-year anniversary in the role, notes that she is making her own case.

“I’ve been meeting with members of the House and Senate … including members of House leadership … since summer,” Young said, “providing them with facts.”

While candidate DeSantis may have been more movable on economic incentive programs, as Governor, he’s as consistent an advocate for them as his predecessor.

DeSantis, expecting it to be a “source of some contention,” used the $50 million carveout from 2019 as a starting point for his 2020 budget proposal.

The agency has been on firmer footing in the Senate historically, and 2020 will be no different, according to Senate President Bill Galvano.

“The Governor does support, and the Senate supports,” Galvano said, adding that “VISIT FLORIDA is a lot more streamlined and efficient and was appropriated less dollars last year.”

The $50 million approved last year was the compromise number floated by the Senate, below the $76 million threshold sought by the executive branch.

“From my perspective, there are issues such as red tide, Zika, hurricanes that get mismessaged or overmessaged elsewhere that we need some sort of counterbalance to,” Galvano said. “That’s where we are.”

“The challenge that VISIT FLORIDA has if it’s living on a shoestring on an annual basis is that its ultimate effectiveness is not going to be achieved … I want it to have the right purpose, a focused purpose … because we’ve debated that issue, some of the waste has been cut from that program,” the Senate President added.

Galvano’s position aligns with Young, who describes herself as “very supportive” of the $50 million level.

Further cuts would be dangerous, she notes, given the agency is “trying to work through … figure out” the most recent cuts, which just took effect six months ago.

Young also took issue with the argument that tourism spending by counties and companies made VISIT FLORIDA redundant, saying that’s rooted in a “misunderstanding” of how tourist development taxes work.

Five counties (Orange, Osceola, Broward, Miami-Dade, and Palm Beach) collect more than 50% of TDT. However, the other 62 counties in the state are deprived of these resources.

While that formula may work for the Orlando and Miami-Fort Lauderdale metro areas, it is less salient for everywhere else.

“What about Jacksonville? Tampa? Crystal River? The Panhandle? They don’t have massive money,” Young said, and being able to “leverage” local resources with VISIT FLORIDA is major.

Young, unprompted, assessed her own performance.

“What is Dana doing over there,” she asked rhetorically. “I’m doing a lot.”

The “challenging and dynamic” situation with VISIT FLORIDA has included cuts of 42% of the workforce, an elimination of the sponsorship program, and sales of old fleet vehicles.

However, the core mission remains: to “maximize use of important taxpayer funds … to market the state, bring people here, put money in the coffers.”

Money, she said, that ultimately goes to the General Fund.