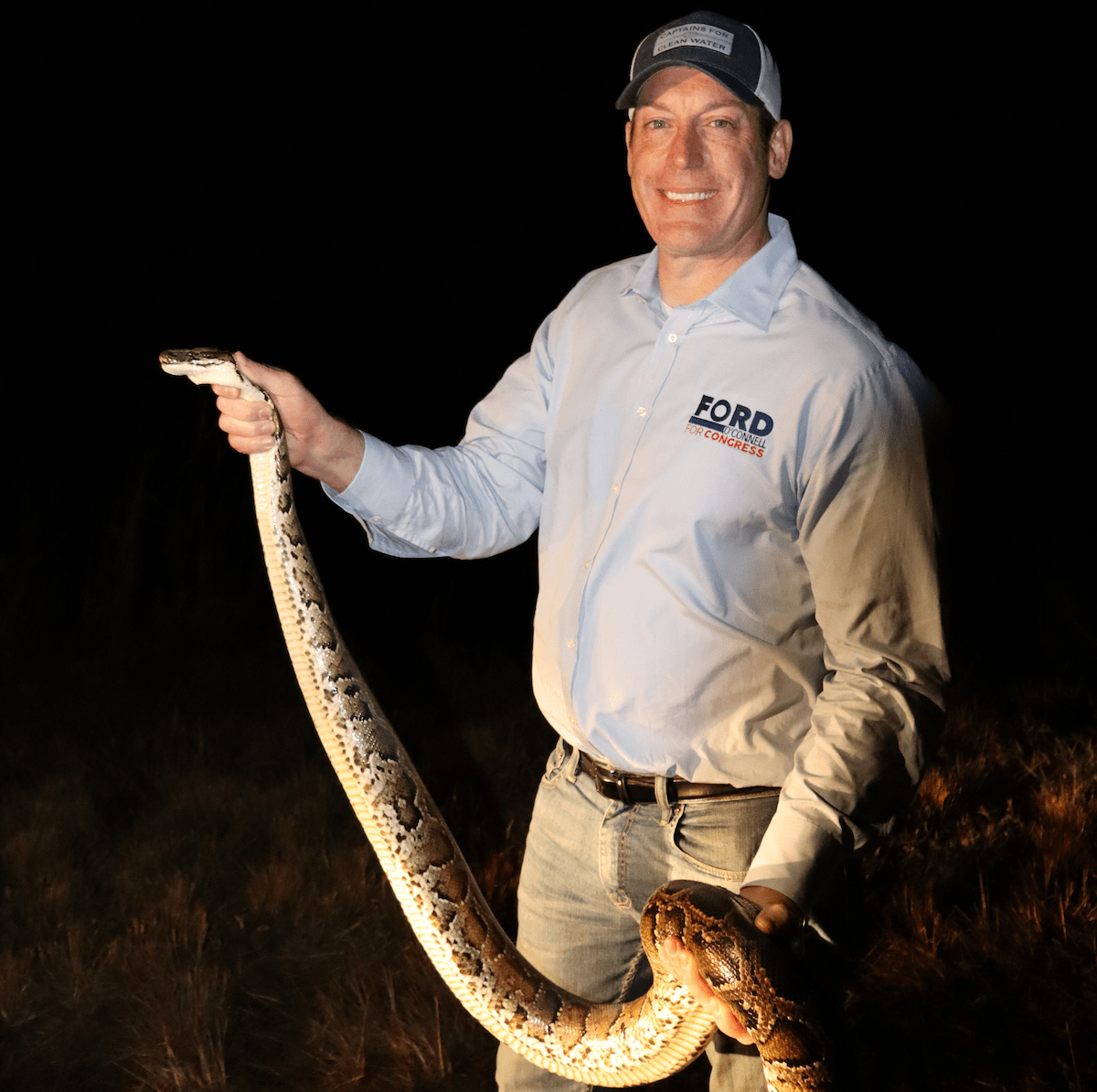 He's one of more than 500 hunting invasive snakes in the Everglades.

Lots of candidates want to stop invading species from ruing Florida’s environment. But Ford O’Connell spent a chunk of January hunting Burmese pythons in the Everglades.

The Naples Republican, one of 11 candidates in Florida’s 19th Congressional District, participated in the 2020 Python Bowl. There, he joined hundreds of snake hunters seeking to rid the swamp of reptilian interlopers.

“I was happy to participate in the 2020 Python Bowl to highlight the threat invasive species pose to the delicate ecosystem of the Everglades,” O’Connell said. “Removing these harmful snakes and completing the projects outlined in the Comprehensive Everglades Restoration Plan are necessary to regain balance in Florida’s national treasure.”

The 10-day competition, which wraps up Sunday, saw more than 500 people pre-register to participate this year. The event in 2016 saw 106 pythons captured and killed, and state officials hope tying the hunt to the Super Bowl means more beasts will be skinned and mounted.

O’Connell’s campaign released a photo of the professional pundit holding a python, so he did a small part cutting down the population.

Pythons, many originally released by pet owners tired of keeping a deadly reptile as a pet, have plagued the Everglades ecosystem for years, thriving in a tropical climate with no natural predators.

O’Connell, meanwhile, has painted himself an outsider in the Southwest Florida race to succeed U.S. Rep. Francis Rooney. He filed for the race in December, and has brought on a couple key members of Rooney’s campaign team to his staff.

But the district itself remains infested with contenders for that job.

nextNo astrovans for SpaceX, crews riding to rockets in Teslas