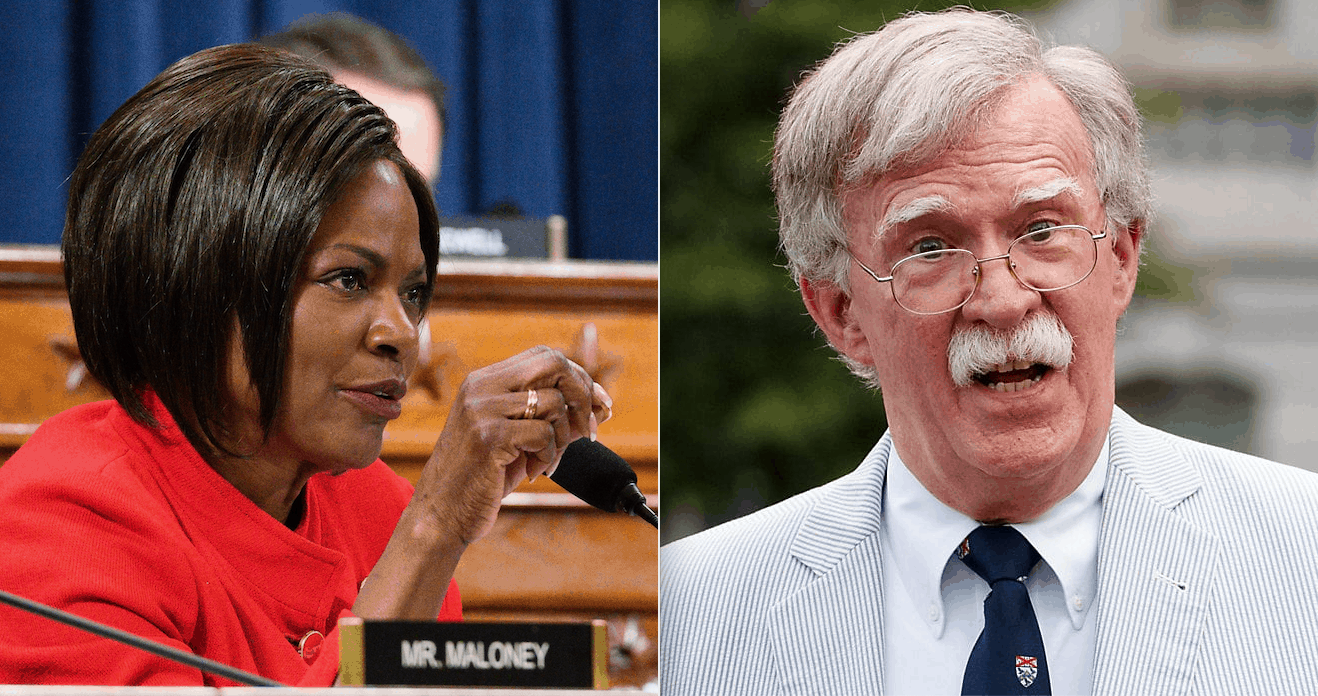 Demings charged that the reports show the White House is covering up Trump’s illegal activities.

The New York Times first reported Bolton’s claims and the The Associated Press confirmed it with a person familiar with the manuscript who spoke on the condition of anonymity to discuss the book, “The Room Where It Happened; A White House Memoir,” ahead of its release March 17.

Trump denied the claims in a series of tweets early Monday. “I NEVER told John Bolton that the aid to Ukraine was tied to investigations into Democrats, including the Bidens,” Trump said in a tweet. “In fact, he never complained about this at the time of his very public termination. If John Bolton said this, it was only to sell a book.”

In its impeachment inquiries this fall, the House Democrats’ investigation asked Bolton to testify but the White House ordered him not to do so, and Bolton did not show up for a scheduled deposition. The House Democrats declined to subpoena him when he said he would sue to quash it. Earlier this month, Bolton appeared to relent, saying he would testify if the Senate subpoenaed him. Democrats have called for the Republican-led Senate to do so, but so far the answer has been no

“During our impeachment inquiry, the President blocked our request for Mr. Bolton’s testimony. Now we see why. The President knows how devastating his testimony would be, and, according to the report, the White House has had a draft of his manuscript for review,” Demings tweeted Sunday evening.

“There can be no doubt now that Mr. Bolton directly contradicts the heart of the President’s defense and therefore must be called as a witness at the impeachment trial of President Trump,” Demings added in a second tweet.

“President Trump’s cover-up must come to an end,” she added in a third.

The allegation of a coverup goes to the Democrats’ second article of impeachment approved by the U.S. House of Representatives in December. The first alleges he abused his power by demanding that Ukraine announce investigations into Biden and into widely-debunked reports that Ukraine was behind 2016 elections meddling in the United States. The second article contends Trump sought to cover up that activity by refusing to allow any administration documents or witnesses be provided to the House investigation.

Trump’s legal team has repeatedly insisted that the Republican president never tied the suspension of military assistance to the country to investigations that he wanted into Biden and his son.

Trump said people could look at transcripts of his call and statements by Ukraine President Vlodymyr Zelinskiy he says show there was no pressure for such investigations to get the aid.

nextAmericans for Prosperity-Florida calls on citizen engagement to slash regulation