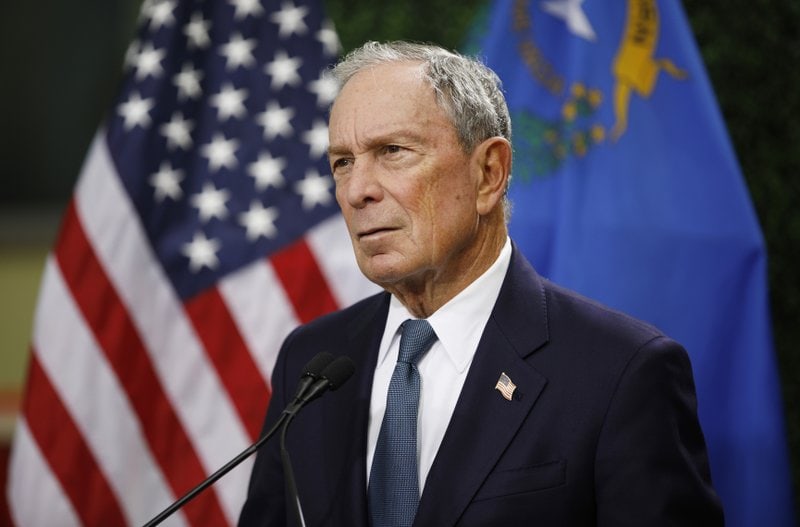 Bloomberg left Bernie Sanders and Elizabeth Warren in the dust.

In a major divergence from national polling, former New York City Mayor and billionaire philanthropist Mike Bloomberg is sitting in the No. 2 spot in Florida’s Democratic presidential primary.

A St. Pete Polls survey conducted Sunday and Monday among 2,590 Democratic voters from across the state showed former Vice President Joe Biden with a commanding 41% lead. But Bloomberg, not Elizabeth Warren or Bernie Sanders, landed in second place with 17% support.

The poll was commissioned by Florida Politics.

The results released Tuesday show a staunch contrast to another national Quinnipiac University poll out the same day showing Bloomberg in fourth place with 8% support, though that’s still an improvement from where he had been.

Though the results only represent Florida voters, they are still significant. Not only is Florida a major swing state and a big pick up in the primary, St. Pete Polls was the first polling outfit to publicly forecast Trump winning Florida’s GOP presidential primary and one of the first to publicly predict Gov. Ron DeSantis beating former Agriculture Commissioner Adam Putnam in 2018.

The poll suggests Bloomberg’s surge in attention to Florida in recent weeks might be paying off. Bloomberg held a pair of events in Tampa Sunday including a meeting with Tampa Mayor Jane Castor at a public diner and a rally in downtown. He then held another pair of events in Miami.

Bloomberg has also been building out his Florida campaign, adding some strong political talent to his team this week. He hired Reggie Cardozo, former Senior Adviser to Florida House Victory, as his Florida Senior Adviser as well as Ron Bilbao as Deputy State Director, Caroline Rowland as Communications Director, Brandon Philipczyk as Operations Manager and Maria Bilbao as Digital Director.

Meanwhile, Bloomberg has vowed to spend as much of his money as it takes to defeat Donald Trump, including by promising to retain his campaign staff to work to elect the Democratic nominee even if it is not him. Online betting market data puts Bloomberg as the most likely to be able to defeat Trump in a general election, though he would have to overcome an anticipated deficit in the primary.

The St. Pete Polls survey put Sanders in third place with 9% followed by Warren with 7%. Former South Bend Indiana Mayor Pete Buttigieg trailed with 6% followed by Sen. Amy Klobuchar with 5%. Andrew Yang and Tom Steyer bottomed out the survey with 2% support. Undecided voters accounted for 10% of the survey.

Biden performed best among black voters with 57% saying they would vote for him. He performed the worst among white, non-Hispanic voters with only 33% support.

Bloomberg performed the best among Hispanic voters with 21% support and worst among black voters with just 13%.

Sanders’ support was nearly even between white and black voters with only 0.6% more white support while Warren performed much better among white voters 9% to 4%.

Sanders had the second most significant break between men and women with 10% support from men and 9% from women. Most candidates’ support differed among gender by less than a point, suggesting Warren’s claim that Sanders told her he didn’t think a women could win might have affected some Florida women.

Broken down by age, Sanders not surprisingly polled the best among young voters with 16% support compared to 13% from voters age 30-49. Support dropped to 8 percent among those between 50 and 69 and to 5% among voters 70 and older.

Biden, meanwhile, performed the strongest among the oldest demographic with 47%.

previousSunburn — The morning read of what’s hot in Florida politics — 1.29.20