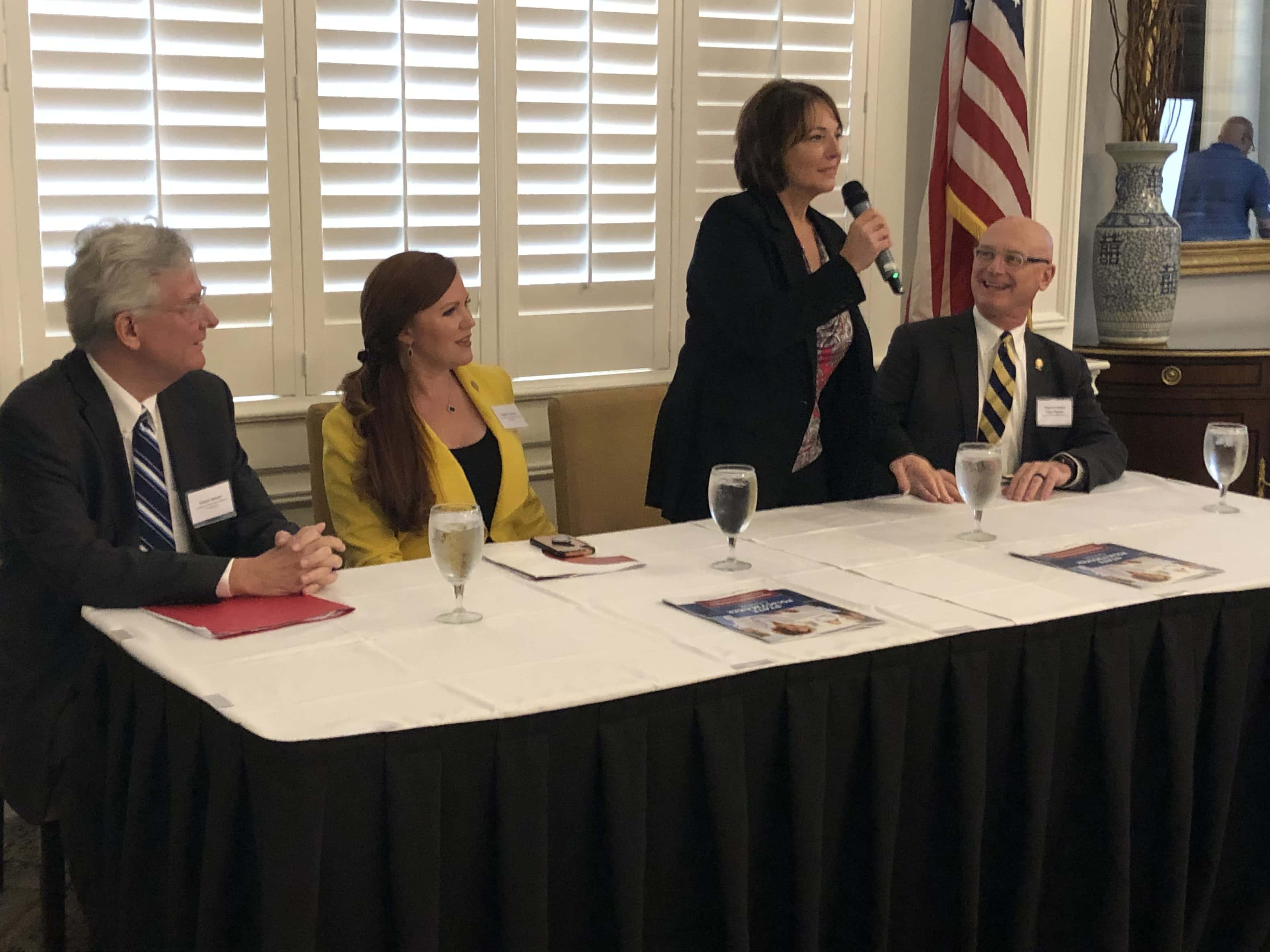 The measure has apparent House support, but questions remain in the Senate.

With only a few months left before he retires from the Legislature, Rep. Cary Pigman is pulling all the stops to get non-physician scope of practice freedoms.

This year’s campaign included two Rotunda-filling press conferences, vocal support by House Speaker José Oliva and, Wednesday, a lunch at the upscale Governors Club. But with seven years of general House support only to die in the Senate when it gets there, the question remains whether the Avon Park Republican can shepherd the bill (HB 607) to the Governor’s desk.

“Like anything, we’ve got a 60 day Session, and what happens at the end of this Session is between the Speaker and the President and everyone else in the Legislature,” Pigman said. “I hope that what I’ve done has kind of laid the groundwork, made the argument of why it would be a great idea.”

The Representative’s proposal would open the door for advanced practice nurse practitioners (APRNs) to offer some health care without needing a physician’s supervision. But that supervision amounts to signing a permission slip, says David Hebert, CEO of the American Association of Nurse Practitioners (AANP).

“Expanding the availability of medically-provided primary care is the most immediate affordable high quality solution that Florida can get at this moment,” Hebert told nurse practitioners at the Wednesday lunch.

“Certainly across the country, we’re seeing with the removal of these legislative barriers, NPs are able to practice within the full extent of their education and training and open up spots so that access to care is improved,” she said.

In October, President Donald Trump signed an executive order in part reducing supervision in Medicare and Medicaid treatment. Proponents of the lessened restrictions see the order as signaling support for their scope of practice efforts.

With Oliva’s backing and support from the U.S. Secretary of Health and Human Services Alex Azar, Hebert believes the wind is at their back.

“You’ve got all these groups coming together saying, ‘wow, we want to be a part of this too,” he said.

But the bill’s last hearing took place three weeks ago. It awaits a meeting in the House Health & Human Services Committee. And with no Senate companion measure, the effort rides on his bill.

Last week, Pigman said his legislation in part addresses gender income inequality in STEM careers. Men made up 70% of physicians who recently re-registered while women represent 85% of APRNs.

Dismissing APRNs as unqualified and in need of supervision “is on its face sexist and reprehensible,” he said.

But some physicians took offense to that accusation. The Florida Medical Association argues the bill risks public safety and would dismantle team-based health care.

And the American Academy of Family Physicians, in a  letter to Azar, said the Trump administration’s order would reduce patients’ quality of care over a “political” decision.

“No patient, especially those in rural and underserved areas, should be relegated to a lower level of care by clinicians with lesser training by virtue of their ZIP code,” the letter said.

However, underserved areas are among the locations Pigman believes need APRNs the most to address extended wait times to see a physician.