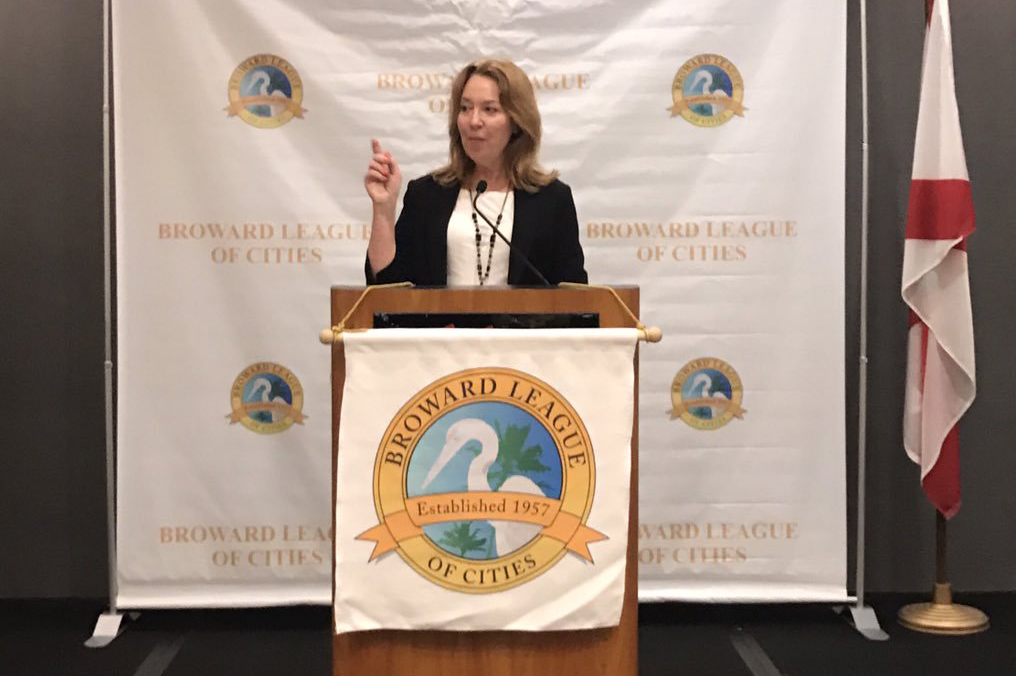 Jacobs asked to have the bill to be added.

House Speaker Jose Oliva has agreed to waive the rules so ailing Rep. Kristin Jacobs’ legislation can be added to Thursday’s agenda of the House State Affairs Committee.

State Affairs Committee Chair Blaise Ingoglia said Wednesday he got Oliva to sign off and the chamber approved the change.

Jacobs’ bill (HB 401) would ban the sale, import and export of shark fins. It’s the final committee stop before a floor vote. The Senate companion (SB 680) is waiting to be heard in its second committee.

Shark finning is the process of catching a shark, removing its fins and discarding the shark. Jacobs said shark finners usually drop the body back into the ocean, where it bleeds to death or drowns because it can no longer swim properly.

The fins are then dried and ground into a powder and used to make shark fin soup, a delicacy in China. About half of the dried shark fin market is brokered through Hong Kong.

The practice of shark finning was banned in the U.S. in 2000. And state law prohibits the mass capturing of sharks and only keeping the fins. But the trade of shark fins is legal and the fins are being imported through Florida ports by countries that don’t have bans in place — such as China, Indonesia, and Japan.

“There was a loophole in our law,” Jacobs said. “It may not make sense to you, but while it’s illegal to cut the fins off of sharks, it’s not illegal to sell them, to ship them, import them or export them into the state of Florida.”

Shark fins may still be legally bought and sold in Florida. In Florida, a fisherman may only catch one shark per day, and each vessel is limited to two sharks per day. They must bring the shark on shore with the head, fins and tail attached.

Some commercial fishermen argue the legislation is unnecessary or harmful. Michael Merrifield of the Cape Canaveral Shrimp Company disputes there’s a loophole in state law.

Jacobs missed part of last year’s Legislative Session as she underwent treatment for cancer, but returned two weeks into the session.

Her cancer was originally diagnosed in 2016 and returned last year.

Jacobs battle prompted lawmakers to consider changes to the state’s gift ban to allow charitable contributions to lawmakers facing or their children facing serious illness like cancer including through things like meals and GoFundMe contributions. Jacobs said her medical bills were stacking up despite having access to quality health care, but the ban blocked her from accepting offered help, which she says other people often receive.

previousSunburn — The morning read of what’s hot in Florida politics — 2.13.20