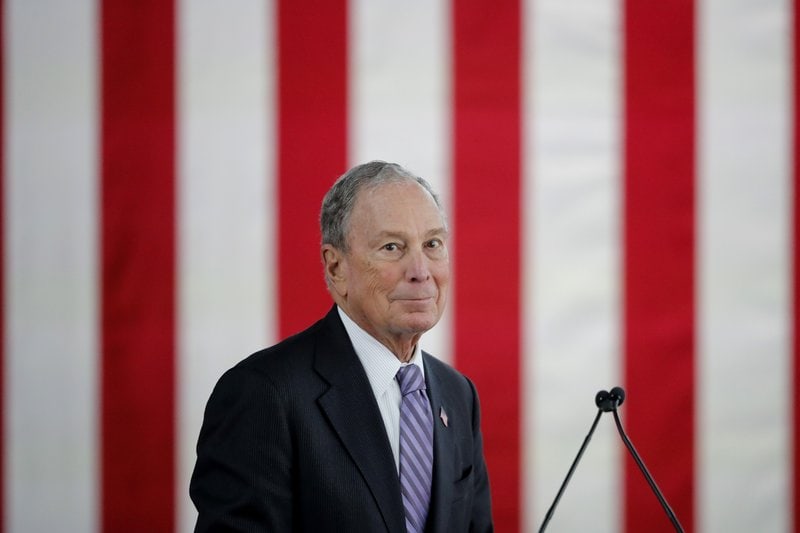 Presidential candidate Mike Bloomberg released his own plan to strengthen Social Security, a critical issue in states like Florida.

The New York Democrat said Social Security and Medicare can be strengthened to endure no seniors live in financial distress.

“Americans who have worked for decades deserve the opportunity to retire without facing constant financial pressure, and, as president, I will strengthen Social Security to allow seniors to do just that,” Bloomberg said.

And he took a swipe at President Donald Trump’s most recent budget proposal, which Treasury Steve Mnuchin said this week would reduce the rate of increase for Social Security.

“When he was running for office, Donald Trump promised not to touch Social Security,” Bloomberg said, “and yet as President, he’s proposed cuts, just as he’s broken so many other promises — including his promise to guarantee health care protections for those with preexisting conditions, which he is trying to abolish.

“When I’m in the White House, I will keep my word to seniors and to the American people.”

Touching the program is unacceptable, Bloomberg said, at a time when some 10 million Americans age 65 and older are struggling to meet their basic needs.

So what’s Bloomberg’s plan include?

He wants to establish a public option retirement savings plan for workers without that benefit through a private employer.

It will exist on automatic contributions from all income earners with a government match for low-income individuals, with automatic investment in low-risk funds. And incomes will be supplemented for those workers who stay in the workforce past the normal retirement age.

The plan, he said, will allow a new minimum benefit so low-income seniors aren’t living in poverty.

Once rates are adjusted so no one on Social Security lives below the poverty line, Bloomberg’s administration will increase rates along with the rate of inflation in the coming years.

He also wants to improve what services get offered through Medicare and Medicaid, and wants to limit out-of-pocket expenses for pharmaceutical drugs.

Bloomberg also wants to work with state governments on programs to support long-term care at home and to cover other needs, like family caregiving and unpaid employment. He also wants to boost rental assistance.

The campaign suggested the efforts would mirror similar programs implemented in New York City while Bloomberg was mayor.

A number of Florida-based surrogates for Bloomberg spoke up in favor of the plan, showing the significant in helping those programs when it comes to the critical swing state.

A number of South Florida mayors also spoke up in favor of the plan.

“Today’s benefits fall short of meeting people’s needs and we need to do more to make sure that America’s seniors can enjoy the retirement they’ve so rightfully earned. There are plenty of things we can do, and I’m pleased to hear Mike Bloomberg say that it’s possible to both expand social security now, while putting it on a firmer financial footing in the future. This is what you call a win-win solution, and we need more people like Mike who can envision the best-case scenario and find a way to make work.”

West Palm Beach Mayor Keith James added, “The best thing the next administration could do for the seniors in my community is alleviating the financial stress of old age. We need to make it easier for people to put away money over the course of their careers, and tie social security benefits to inflation, so that the payments people receive are in line with the costs they incur.

“And we need to make it easier for people to tap into the value of their homes to supplement their retirement income. Mike understands that whether you are rich or poor, Americans deserve retirement planning options that work in tandem to ensure Americans head into their golden years on a secure footing. That’s what I want for my community members — and I’m delighted to get behind a candidate like Mike who wants it, too.”

The appeal to seniors comes days ahead of Bloomberg’s planned unroll of an effort to reduce college debt among students.

nextCharlie Justice to soak in the sun and donations at St. Pete Beach fundraiser