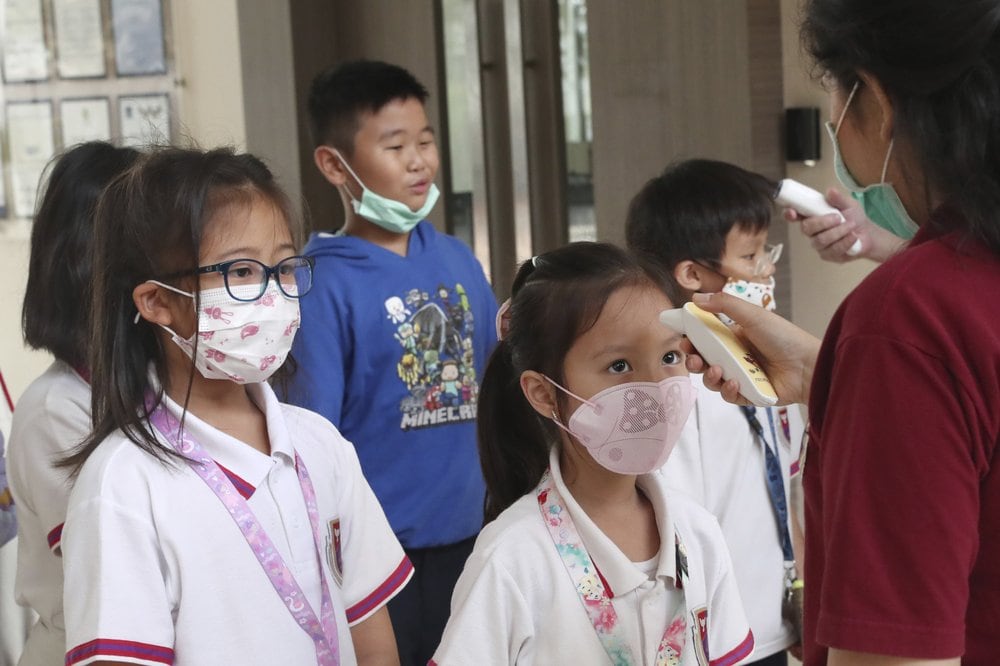 Iranians hoarded medical supplies, Italians urged doctors out of retirement and South Koreans prepared to pump billions into relief efforts Tuesday as the virus epidemic firmed its hold around the globe.

Mushrooming outbreaks in the Mideast, Europe and South Korea contrasted with optimism in China, where thousands of recovered patients were going home. A growing outbreak in the United States led schools and subways to sanitize, quickened a search for a vaccine, and spread fears of vulnerability for nursing home residents.

South Korea saw its largest daily increase in new cases Tuesday, with 851 new infections reported, largely in and around the southeastern city of Daegu. In all, 5,186 in South Korea have tested positive for the virus.

In the capital of Seoul, drive-through virus testing centers began operating, with workers dressed head-to-toe in white protective suits leaning into cars with mouth swabs, a move meant to limit contact with possible carriers of the illness. Troops were also dispatched across the city to spray streets and alleys with disinfectants.

The country’s death toll rose to 31 and President Moon Jae-in, calling the outbreak “a grave situation,” said his government would push to inject more than 30 trillion won ($25 billion) to fund clinics, aid for small businesses and other measures related to the virus. It requires parliamentary approval.

“The entire country has entered a war against an infectious disease,” he said.

Most Asian and European stock indexes rose, following the Dow Jones Industrial Average surging nearly 1,300 points, or 5%. Finance ministers and central bank leaders from the Group of Seven major industrial countries were to convene by phone Tuesday to discuss their response to the virus outbreak.

Worldwide, more than 90,000 people have been sickened and 3,100 have died from the virus. A constantly expanding list of at least 70 countries have been affected, with Ukraine the latest to report a first case.

In China, the count of new virus cases dropped again Tuesday, with just 125 new cases after a six-week low of 202 a day earlier. It’s still by far the hardest-hit country, with 80,151 cases and 2,943 deaths.

China’s ambassador to the United Nations said the country was winning its battle against COVID-19.

“We are not far from the coming of the victory,” said Zhang Jun.

In Iran, after authorities downplayed the coronavirus as recently as last week, Supreme leader Ayatollah Ali Khamenei ordered the Islamic Republic’s armed forces to assist its Health Ministry in combatting the spread of the illness.

Concern over the outbreak now stretches to Iran’s top leadership — some of whom have fallen ill from the virus. Khamenei even wore disposable plastic gloves while planting a tree to mark Iran’s upcoming arbor day.

“Whatever helps public health and prevents the spread of the disease is good and what helps to spread it is sin,” Khamenei said Tuesday.

“Hoarding sanitizing items is playing with people’s lives and it is not ignorable,” Raisi said.

In Italy, the count of infected people continued rising to 2,036 and officials said it could take up to two weeks to know whether measures including quarantines in 11 northern towns were working.

The U.S. count of COVID-19 cases surpassed 100 in at least 11 states. There have been six deaths in Washington state.

On Capitol Hill, aides said negotiations were nearing completion on an emergency funding bill to fund a vaccine development and offer disaster loans to businesses hurt by the crisis.

“Caution, preparedness, but not panic,” he said.

In Japan, questions continued to build about how the virus might affect the Olympics.

The country’s Olympic minister, Seiko Hashimoto, said Tuesday the country was “making the utmost effort” to proceed with the games’ planned opening on July 24 in Tokyo. But she told parliament the country’s contract with the International Olympic Committee only specifies that the games be held during the year 2020, and that they could be delayed to later in the year if necessary.

An Irish bookmaker has been taking bets: 4/6 the opening ceremony will not go ahead in Tokyo or 11/10 that it will.

The games’ CEO, Toshiro Muto, was planning a Wednesday teleconference with IOC’s executive board.

nextSunburn — The morning read of what’s hot in Florida politics — 3.3.20