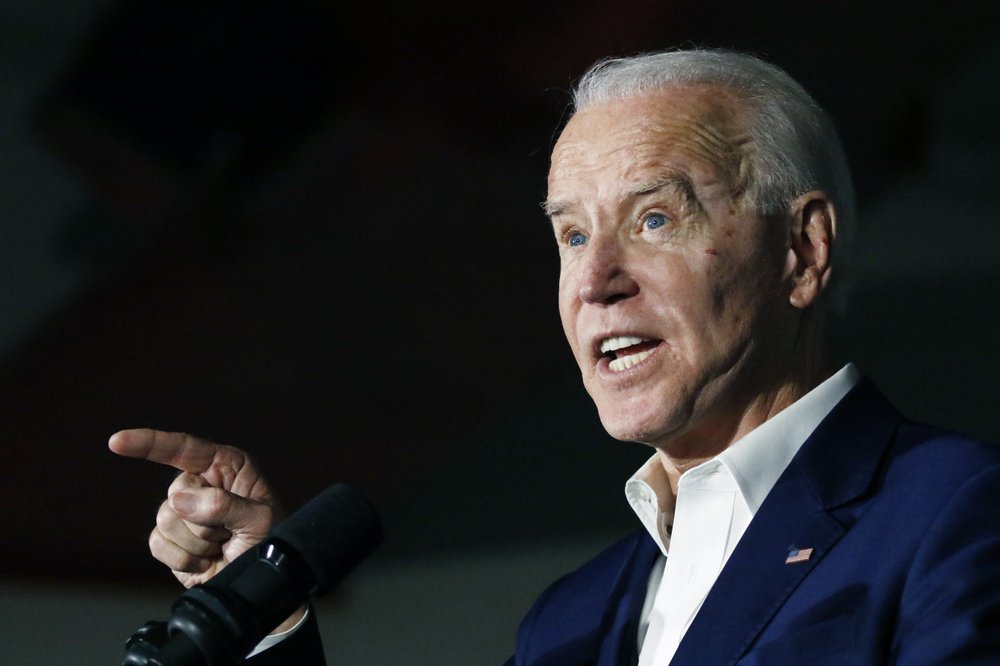 Joe Biden has received the endorsement of one of the nation’s largest gun control advocacy groups, Everytown for Gun Safety, in the latest sign that Bernie Sanders’ spotty record on guns may be weighing him down in the presidential primary.

Everytown for Gun Safety Action Fund plans to spend $60 million on electoral activities this cycle, some of which will go toward trying to elect Biden. An Everytown spokesman said the group typically airs advertisements and engages in grassroots organizing for the candidates it endorses, though it’s unclear when the group will begin to spend on Biden’s behalf. The group also boasts 6 million supporters and more than 375,000 grassroots donors, numbers that could help boost attention and support for Biden’s presidential bid nationwide.

In an interview with The Associated Press, John Feinblatt, head of Everytown for Gun Safety, said the group chose Biden because working for gun control is “his past, it’s his present, it’s his future.” Asked if Sanders’ record on gun control factored into the group’s decision, Feinblatt said that the group looks at a candidate’s “total record.”

“You can’t confine yourself to just what somebody says they’ll do in the future. You have to look at what they’ve done in the past,” he said. “Unquestionably, Joe is a person who’s dedicated much of his life to the issue of gun safety.”

Feinblatt cited Biden’s support for a 1993 gun safety bill known as the Brady Bill that established background checks and a waiting period to buy most firearms as well as his opposition to measures that would shield gun manufacturers from lawsuits over misuse of their guns. He also pointed to Biden’s work on the Violence Against Women Act, which included some gun control provisions.

During his tenure in the House and the Senate, Sanders opposed the Brady Bill and supported bills that would give gun manufacturers immunity from lawsuits. His position on gun control issues has shifted, and he now has a D-minus rating from the National Rifle Association.

But Sanders’ past votes have been frequent fodder for attacks from his opponents, dating back to his 2016 Democratic primary fight with Hillary Clinton. Most recently, Sanders came under attack during the South Carolina debate two weeks ago from multiple opponents for his record on guns, with Biden charging, as he stood next to the Vermont senator, that “my friend on my right and others have given gun manufacturers absolute immunity.”

Biden also has run ads highlighting his work on gun control measures, and on Sunday he received the endorsement of another gun control group, the Brady Campaign. In a statement, the former vice president lamented that the high rate of gun violence in the U.S. has become “normal” for most Americans but for those who are connected to gun violence “normal is a living nightmare,” and he said he was “honored” to receive Everytown’s endorsement.

“I’ve taken on the NRA and defeated them twice,” he said. “And I believe we need a candidate for president who will fight alongside these leaders, not the NRA or gun manufacturers.”

nextWomen dominated second round of TallyMadness