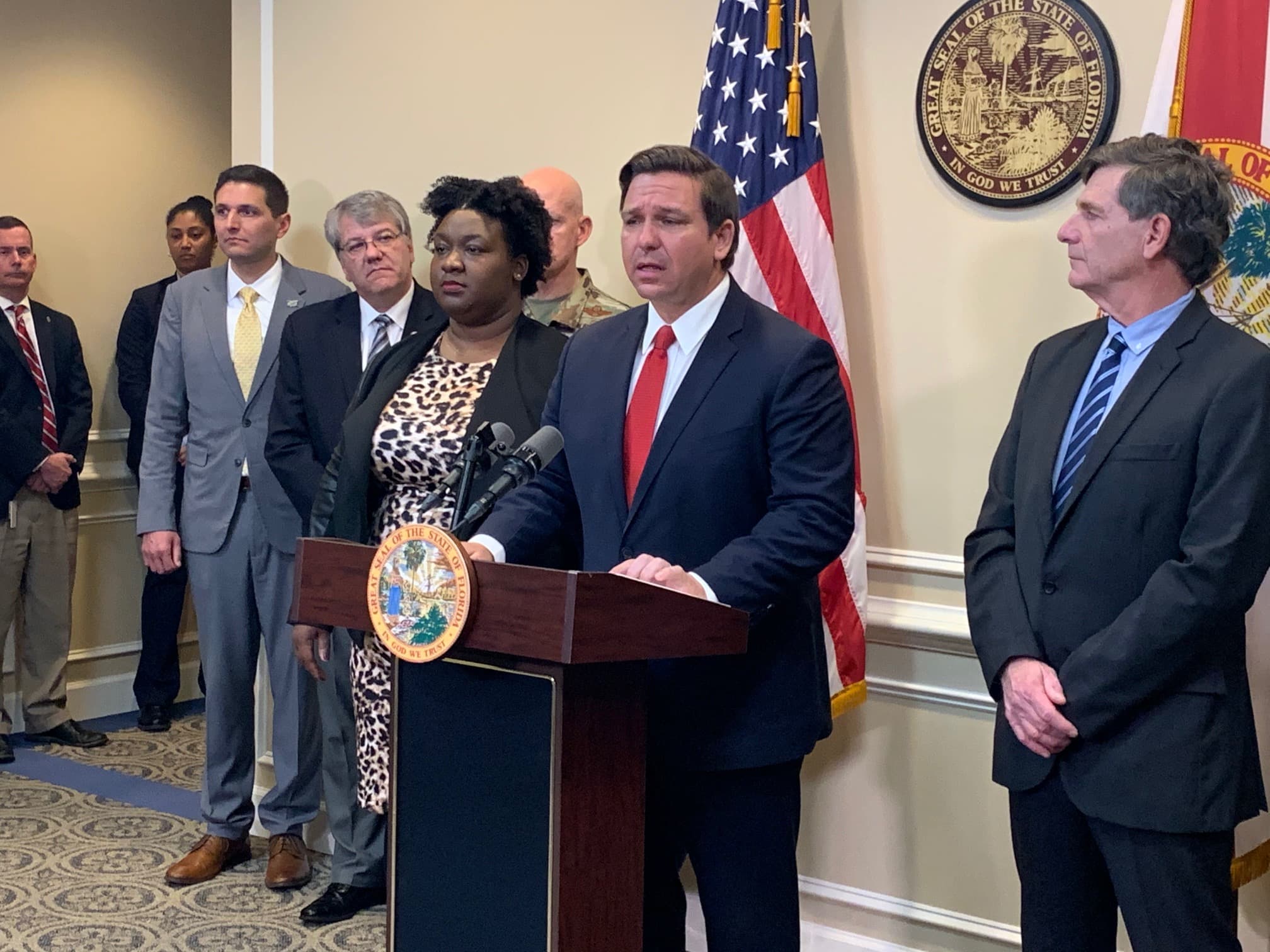 It was supposed to be the year of the teacher.

It might not be the “Year of the Teacher” after all as the issue of teacher raises gets bumped to the House and Senate appropriations chairs.

The conference committees started meeting over the weekend, but the economic turmoil created from the global spread of the novel coronavirus has cast a cloud of uncertainty over the final days of Session. The House speaker and Senate president are considering trimming the budget in some areas, including teacher pay raises. But Gov. Ron DeSantis, who has made bumping up starting teacher salaries to $47,500 a signature priority, struck a much more optimistic tone Monday afternoon.

House and Senate negotiators are in the midst of trying to hammer out a roughly $92 billion budget for the fiscal year that starts July 1. The legislative session is scheduled to end Friday but already lawmakers face an extension because of delays in negotiating the budget.

Gov. Ron DeSantis and other legislative leaders, who have declared this “the year of the teacher.” But if the state must plan for an extended period of economic turmoil or even a recession, one area that could take a hit is teacher pay raises.

DeSantis says this needs to be the year of the teacher. He points to his request for $25 million in state revenue for the coronavirus response, plus about $27 million in federal funding.

“That would not be the place that would make sense,” he said. “I think we can do this. At the end of the day, that is not a huge part of a $91 billion budget, so we can absolutely walk and chew gum at the same time.”

But Senate President Bill Galvano says he’s had some conversations with Oliva about tweaking the budget to make to respond to the economic uncertainty and creating enough reserves in case they’re needed. He says he’d want over $200 million set aside.

The economic unrest caused by the coronavirus, known as COVID-19, could play out in some of Florida’s key industries — such as the cruise industry and tourism — that account for major chunks of tax revenue.

“I think we have to really think about what dollars we’re spending and on a reoccurring basis,” he said. “And so talking with the Speaker, we are looking to see if there’s some way we could better prepare, maybe rethink some of these expenditures that are on their way down the pipe. So that could mean a different number for teacher pay.”

The Senate offered to give more money, $600 million, to DeSantis’ priority Sunday night after the House proposed to move to the Senate’s position and put $500 million toward raises.

DeSantis requested $602 million for his goal of raising starting teacher salaries to $47,500. He also wanted $300 million for teacher bonuses, something neither chamber decided to support this year.

previousBudget conference: For Government Operations, all over but the member projects