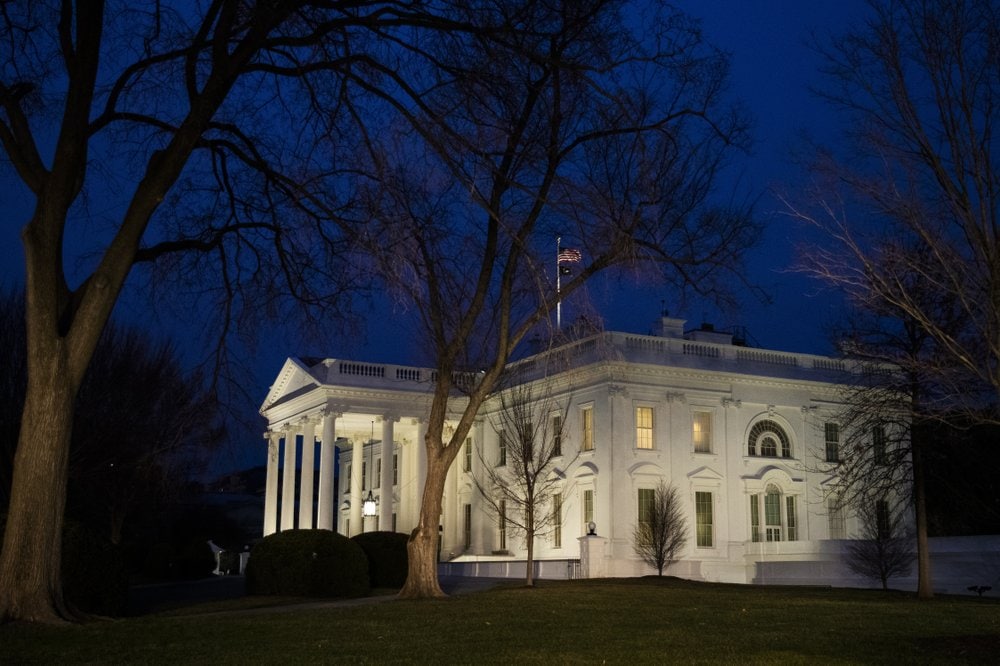 The closures come after the WHO declared coronavirus a pandemic.

Congress decided to shut the Capitol to the public until April. Congressional office buildings and the Congressional Visitor Center, through which tourists enter the Capitol, were also being closed. Only lawmakers, staff, journalists and visitors with official business will be permitted to enter. White House tours have been temporarily suspended.

Trump, in an Oval Office address to the nation Wednesday night, said the monthlong restriction on travel would begin late Friday at midnight. After days of playing down the threat, he blamed Europe for not acting quickly enough to address the “foreign virus” and claimed that U.S. clusters were “seeded” by European travelers.

“We’re basically, in my opinion, flying blind,” said Rep. Susie Lee. Others described the meeting as heated, testy with many lawmakers leaving flooded with graver concerns about the administration’s response.

“We should be exuding confidence nationally,” said Rep. Anna Eshoo. “The confusion is damaging.”

The House was expected to voter later Thursday on a multibillion-dollar aid package. It aims to provide free testing for the coronavirus, paid sick leave and strengthened unemployment insurance as a response to the worsening economic impact. House Speaker Nancy Pelosi and Treasury Secretary Steven Mnuchin continued talks by phone.

The financial markets around the world took more hits Thursday. The S&P 500 was down 7%, as of 10:15 a.m. after trading was temporarily halted following a steep drop in the first few minutes of trading. The index is set to join the Dow in entering a bear market after losing more than 20% from its record set last month, and one of the greatest eras in Wall Street’s history is crumbling. The Dow was off about 1,800 points, or close to 8%.

Trump said the U.S. travel restrictions won’t apply to the United Kingdom, and there would be exemptions for “Americans who have undergone appropriate screenings.”

The State Department issued a global health advisory cautioning U.S. citizens to “reconsider travel abroad” due to the virus and associated quarantines and restrictions.

Trump spoke after days of confusion in Washington and in the face of mounting calls on the president to demonstrate greater leadership. At times, though, his remarks contributed to the uncertainty.

While Trump said all European travel would be cut off, Homeland Security officials later clarified that the new travel restrictions would apply only to most foreign nationals who have been in the “Schengen Area” at any point in the 14 days prior to their scheduled arrival to the United States. The area includes France, Italy, German, Greece, Austria, Belgium and others, and the White House said the zone has the highest number of confirmed COVID-19 cases outside of mainland China.

The restrictions don’t apply to legal permanent residents, immediate family of U.S. citizens or others “identified in the proclamation” signed by Trump. Vice President Mike Pence said Thursday on ABC’s “Good Morning America” that the administration is also requesting travelers returning to the U.S. from Europe to “voluntarily quarantine” for 14 days.

But some health officials, and even a former high-ranking Trump administration official, suggested that Trump’s European travel restriction was futile because the virus is already widespread on U.S. soil.

Trump said the prohibitions would “not only apply to the tremendous amount of trade and cargo, but various other things.” But the official proclamation released after Trump spoke made clear it applies to people, not goods and cargo.

The Oval Office address represented an abrupt shift in tone from a president who has repeatedly sought to play down the severity of the virus outbreak. Even as Trump spoke from behind the Resolute Desk, the pandemic’s ferocious rewriting of American daily life continued. The National Basketball Association suspended its season, and Oscar-winning actor Tom Hanks announced that he and his wife, Rita Wilson, had tested positive for COVID-19. The first confirmed case on Capitol Hill was reported in a legislative staffer.

After Trump spoke, the White House canceled a planned trip by the president to Nevada and Colorado this week, “out of an abundance of caution.” Trump’s reelection campaign also postponed an event next Thursday in Milwaukee that was to feature the president.

After a week of mixed messages and false starts, and as government officials warned in increasingly urgent terms that the outbreak in the U.S. will only get worse, Washington suddenly seemed poised to act.

But in an omission that Democratic leaders called “alarming,” Trump left unaddressed the testing backlog that is hampering efforts to learn just how many Americans already are infected. While he warned the elderly to avoid risky crowds, advised nursing homes to suspend visitors and told sick people to stay home from work, he didn’t address one of the biggest concerns — whether hospitals are equipped to handle the sick or will be overwhelmed.

Trump, 73, is considered at higher risk because of his age and has repeatedly flouted the advice of public health experts, who have advised the public to stop hand-shaking and practice social distancing. But that didn’t stop him from calling on fellow citizens to help combat the virus’ spread. “For all Americans, it is essential that everyone take extra precautions and practice good hygiene. Each of us has a role to play in defeating this virus,” he said.

nextPlayers Championship to carry on without spectators