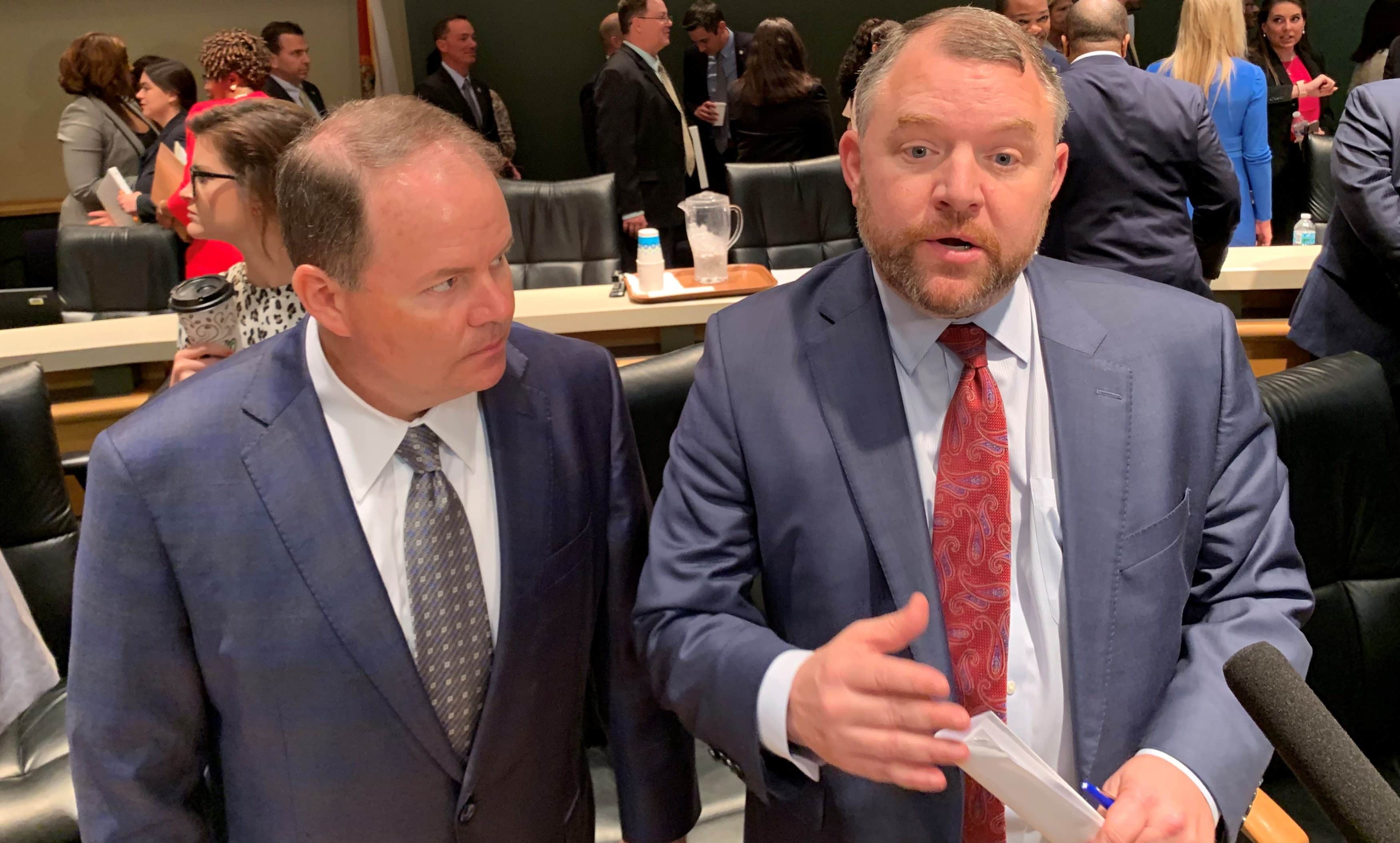 Budget conferencing will continue into the weekend.

Budget talks between House and Senate negotiators moved closer to an agreement Thursday, but the budget chiefs don’t expect a deal to come before Sunday.

The Legislative Session is slated to end Friday, but lawmakers looked unlikely to cross the finish line on time even before economic concerns over the novel coronavirus threw a wrench in lawmakers’ plans. A Saturday deal is possible, House lead Travis Cummings said, but with several big ticket items like health care remaining, a Sunday deal is more likely.

“Obviously, we’re looking at the state of our economy right now,” he said. “We’re in a difficult time, there’s a lot of folks that are extremely cautious and trying to prepare, and so I think that from a budgetary perspective, the tax cut package included, we’re going to make sure we have enough resources for coming months and obviously as we pass on to future presiding officers.”

The House and Senate look set to agree to stash more than $300 million for coronavirus considerations. The COVID-19 disease could affect tourism, work productivity and other aspects of the state’s revenue.

Everything remains on the table, according Cummings, including changes to that chamber’s tax package currently in the Senate’s hands. But teacher and employee pay remain “sacred.”

And while lawmakers have agreed to a 3% pay raise for state employees across the board, that implementation won’t start until October instead of the start of the fiscal year in July. Senate budget chief Rob Bradley assured reporters that has quietly been the plan for a time now.

On top of the 3% raises, correctional officers will be getting additional raises based on the length of their tenure.

“That’s an important reform for the Department of Corrections (DOC),” Bradley said. “That’s something that both the House and the Senate, the Speaker and the President — they made a commitment to dealing with DOC realistically going forward.”

And other criminal justice issues, including adopting a master plan remain unresolved. The Senate is asking for $2 million to develop DOC plans going forward while the House has not tabbed any money for that purpose in its past proposals.

However, reaching a deal Sunday means lawmakers will need to return Wednesday, even as most, if not all, large gathering are canceled across the state for health precautions.

“It’s another reason we just need to get our work done and get home,” Cummings said. “We may be coming back in coming weeks as we evaluate the economy and the impact to our budget, but we feel good, and I’ve not heard any concerns about us coming back next week.”