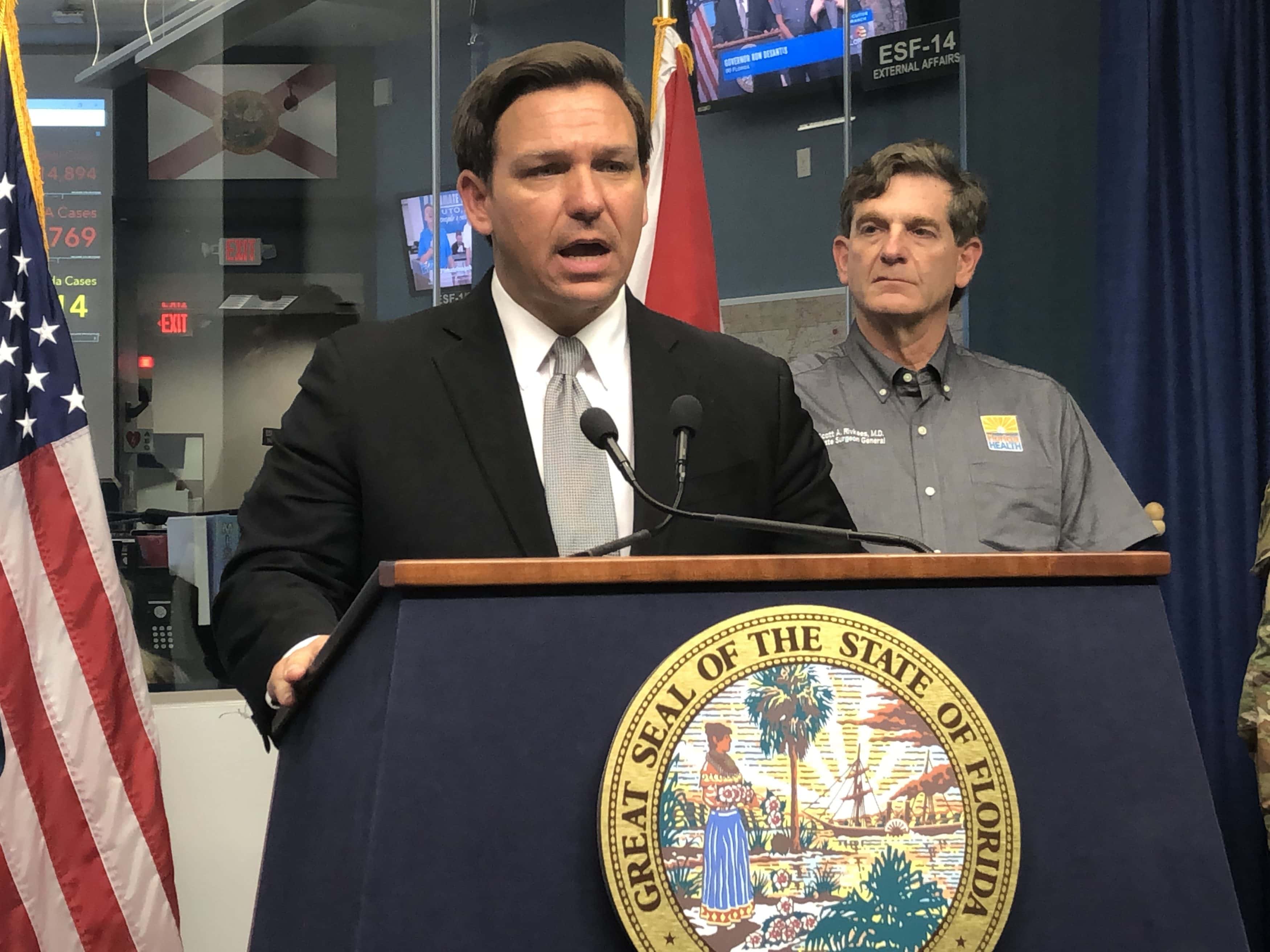 Access to swabs is constricting the state's ability to test more individuals.

Gov. Ron DeSantis said Wednesday that access to collection swabs is limiting the state’s ability to start broader coronavirus testing within the state.

A swab order from a week and a half ago has yet been fulfilled, meaning the ability to collect samples is less than the ability to test results. The Governor has asked Division of Emergency Management (DEM) Director Jared Moskowitz to gather the supplies needed to explode testing capabilities.

Moskowitz said the competition to gather supplies is every state and continent except Antarctica. About 2,500 test kits have been distributed across the state, allowing for more than 600,000 individual tests, assuming testing sites have samples.

“If you look at the last two, three weeks, this is probably the biggest rush to get medical supplies in the history of the United States,” DeSantis said.

But DeSantis says he is not the only governor pressing for more supplies. In a call with U.S. Secretary of Defense Mark Esper, the Governor, as has his counterparts across the county, asked the Defense Department to draw down additional supplies it has access to.

“If they don’t trust the states with it, we’ll give you a couple of the big hospital systems. Send it to them and let them do more of the testing,” he said.

Additional swabs, personal protective equipment and other medical supplies would allow medical professionals and the National Guard to expand drive-thru testing, like at the upcoming Broward County drive-thru site. DeSantis still expects that facility to open by the end of the week.

Adding additional supplies would allow the state to test broader groups of people.

Broward facility will have 11 nurses in addition to the guardsmen, 800 sets of personal protective equipment and 1,700 collection swabs.

About 700 of the state’s 1,200 guardsmen will be activated by the end of Wednesday to support both DEM and the Department of Health (DOH). The majority have been called to assist with drive-thru lanes across the state.

Also Wednesday, DOH reported a six-year-old, the youngest yet in Florida, tested positive for COVID-19. But with an uneven spread of the coronavirus across the state, DeSantis said closing day cares would only add strain to parents trying to make the best of their children being home from school, particularly for single parents.

“I don’t think it’s as simple as saying you close them and everything’s going to work out great,” he said. “I think that will cause huge issues throughout the state.”

The state has identified a Clay County man in his 70s as the eight death from COVID-19. As of Wednesday afternoon, the state had reported 314 cases, including 25 non-resident cases.

Broward County has 80 reported cases while Miami-Dade County has 76. DeSantis described both counties as having community spread.

One individual who tested positive for COVID-19 passed away at a Broward County assisted living facility around the time two additional people from the passed away. Those two later tested negative.

nextLast Call for 3.18.20 — A prime-time read of what's going down in Florida politics