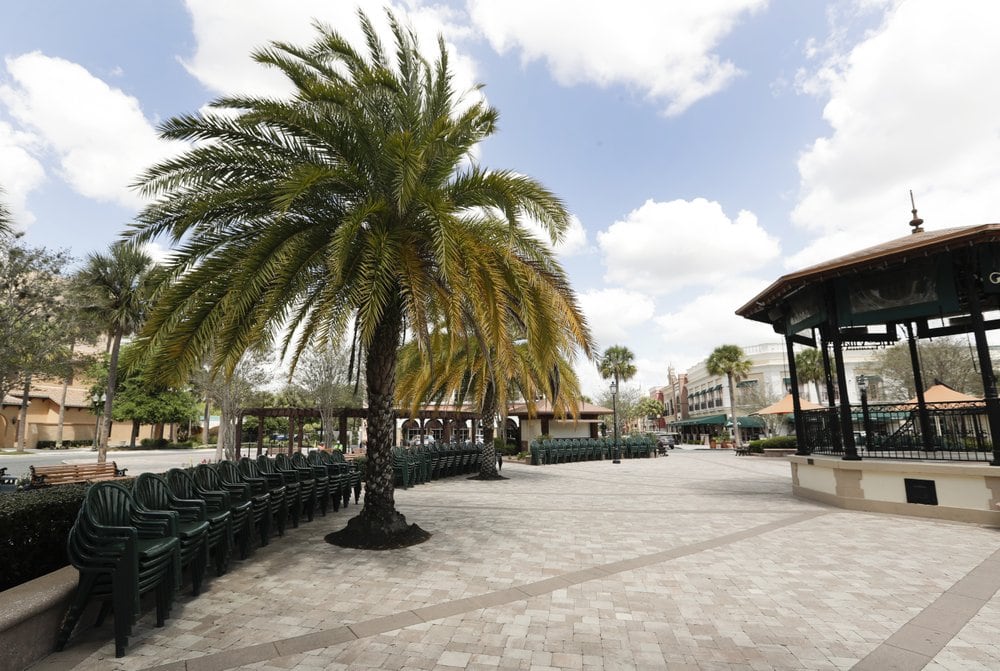 The media age in the community is about 72.

Up until a few days ago, residents of The Villages retirement community went about their busy lives filled with spirited happy hours and incessant socializing at what some dub “Disney World for adults.”

There were the hundreds of clubs to attend — French lessons, Carolina shag dancing, light-saber fencing — pickleball tournaments to play and Pilates classes to take at this Republican stronghold built on former cow pastures in central Florida.

Even as many Americans isolated themselves against the coronavirus threat, residents of one of the largest concentrations of seniors in the U.S. at first blew off concerns, despite data showing the elderly are particularly susceptible to serious symptoms from COVID-19. But their attitude shifted this week as President Donald Trump, who earlier had downplayed the coronavirus threat, gave warnings to avoid crowds of more than 10 people, some residents of The Villages say.

“This place is Republicanville and too many people believe what the president is saying, and they were out in the streets and out in the squares,” said Alan Stone, as he sat in one of The Villages’ ever-present golf carts outside a supermarket, waiting for his wife. “They don’t realize that they’re playing with death.”

Starting Tuesday, all regularly scheduled indoor activities at The Villages were canceled through the end of the month. Pool activities were called off, and the library and fitness clubs closed their doors. Perhaps most distressing for residents, outside gatherings of more than 50 people were outlawed, putting an end to the nightly happy hour drinking and dancing in the three town squares.

On any given day, Spanish Springs town square would have restaurants bustling with diners at outdoor tables, drivers fighting over parking spots and residents listening to local bands play in the center gazebo. Not on Thursday. The green plastic chairs used for concerts were stacked up around the gazebo, many restaurants were closed and only a handful of shops were open in the Spanish colonial themed square.

Gov. Ron DeSantis said Saturday that a drive-thru testing site will be coming to the community next week, and he will likely be there when it opens.

Most people who get the virus have only mild or moderate symptoms, such as fever and cough. For some, especially older adults and people with existing health problems, it can cause more severe illness, including pneumonia. The vast majority of people recover from the new virus in a period of weeks.

DeSantis recently said state officials worked with executives of The Villages to expand coronavirus testing there and make contingency plans in case the retirement community about 60 miles (95 kilometers) northwest of Orlando has an outbreak.

“Obviously, given the demographics, there’s extra precaution,” DeSantis said. “In The Villages, they’ve been driving up in their golf carts to get swabbed.”

One thing that hasn’t stopped is golf; The Villages has dozens of courses.

“This is The Villages. There would be a riot if they stopped golf,” said Cathie Hardy, a resident, who gently chastised her husband, Michael, for playing golf that morning instead of staying home.

“This community loves to socialize,” Hardy said. “Parties at the drop of a hat. Block parties. Potluck dinners. That’s going to have to stop and that’s going to be difficult.”

On a regular weekday, Sharry Solomon would go to a yoga class, then swim at a pool, play mahjong with friends and perhaps go to a club meeting. That’s all changed with the coronavirus restrictions.

“Today, we walked and went to the dog park, and I cleaned,” Solomon said.

Shirley Schantz, a retired nurse, has turned to phone calls and texting friends instead of seeing them in person since she and her husband, Elliot, are self-isolating. Via social media, she has watched attitudes on the coronavirus evolve in The Villages.

“Four weeks ago, five weeks ago, it was ‘a hoax.’ It was ‘media hype,’ and people were writing, ‘Oh, it will be gone in a couple of weeks,‘” said Schantz, repeating other residents’ posts. “What I’ve noticed is those kinds of things have lessened a little bit.”

Hardy worries that if an outbreak occurs in The Villages, the cases will be more serious because of residents’ age, and there won’t be enough intensive care unit beds and ventilators.

“I think here more than most places, we have an extremely vulnerable population, and that’s a little scary,” Hardy said.