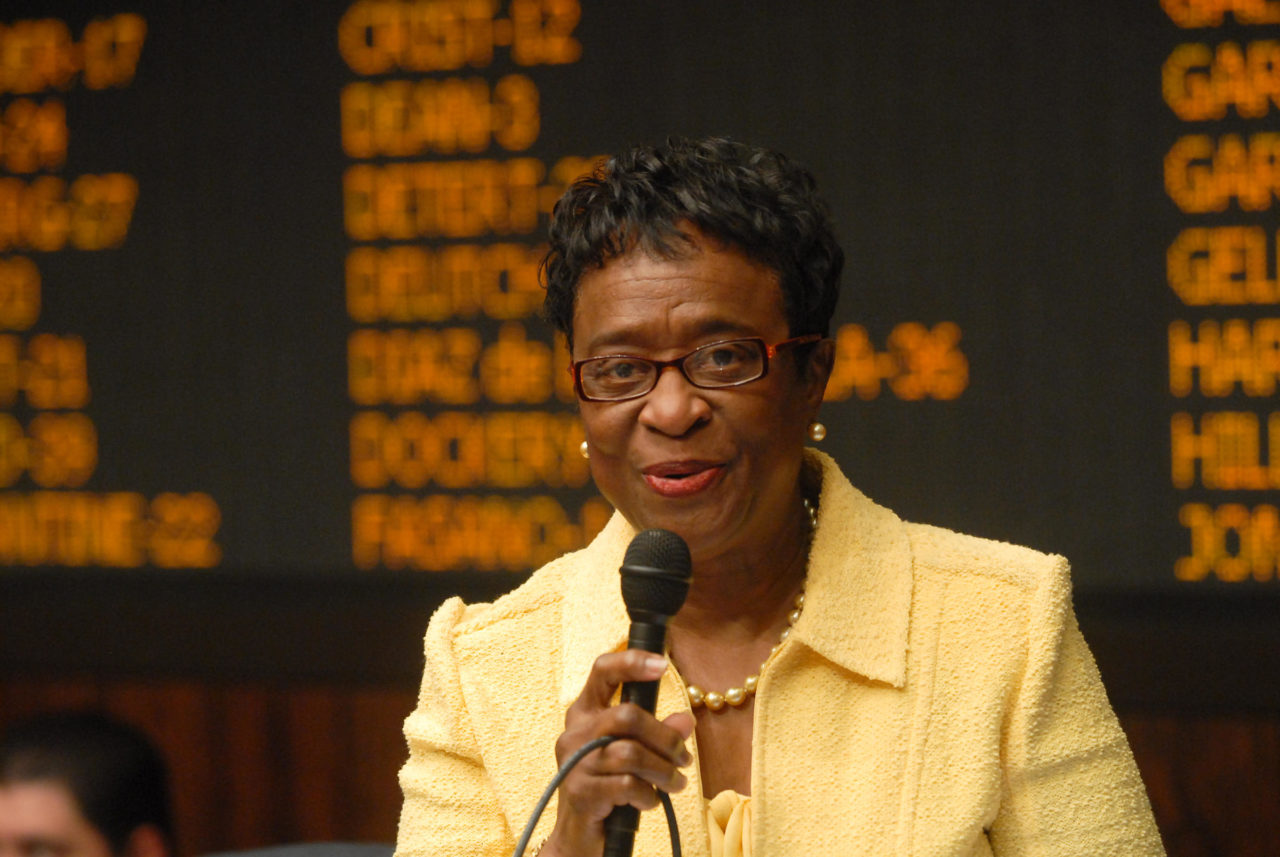 Tampa Democrat served in the state House and Senate from 2000 until 2016.

Former Sen. Arthenia Joyner, a Tampa Democrat who served in the state House and Senate from 2000 until her 2016 Senate term limit, will not run for her former District 19 Senate seat now held by Sen. Darryl Rouson.

Despite encouragement to run and heavy speculation from the Tampa Bay Times about a potential Joyner/Rouson matchup, Joyner told Florida Politics in a statement that she will instead focus on helping to elect “as many good, qualified, and committed Democrats” to “deliver that brighter future we are overdue.”

“The decision whether to run again was a difficult one, especially a question I needed to answer about how I could best move not only this district, but the state of Florida, forward to a better place and a brighter future,” Joyner wrote.

“Our state faces daunting challenges, including stubbornly low wages, expensive health insurance and prescription drugs, lack of meaningful criminal justice reform, the privatization of our public education, and the unwillingness by the Republican leadership to build a fast and efficient network of public transportation to ease our clogged roadways.”

She added the new coronavirus is presenting a whole new challenge as Floridians face “catastrophic threats to their health and their jobs.”

Joyner had been considering running against Rouson, who is also a Democrat. Rouson has sided with Republicans on some issues, irking some within his own party. Those issues include school voucher programs and a controversial toll road cutting through parts of the state’s environmentally sensitive lands.

Rouson has been banking a heap of cash in anticipation of a possible credible threat. As of February, he had raised nearly $275,000, none of that coming in February as lawmakers were barred from raising funds during the Legislative Session.

Without Joyner in the race, Rouson faces an easy path to victory this year. He currently faces only Republican Kriztofer Cole and independent Christina Paylan. Cole hasn’t raised a dime and, even if he does, he’s handicapped in a liberal district. Paylan has raised just $200 and faces problems of her own including a felony rap sheet.