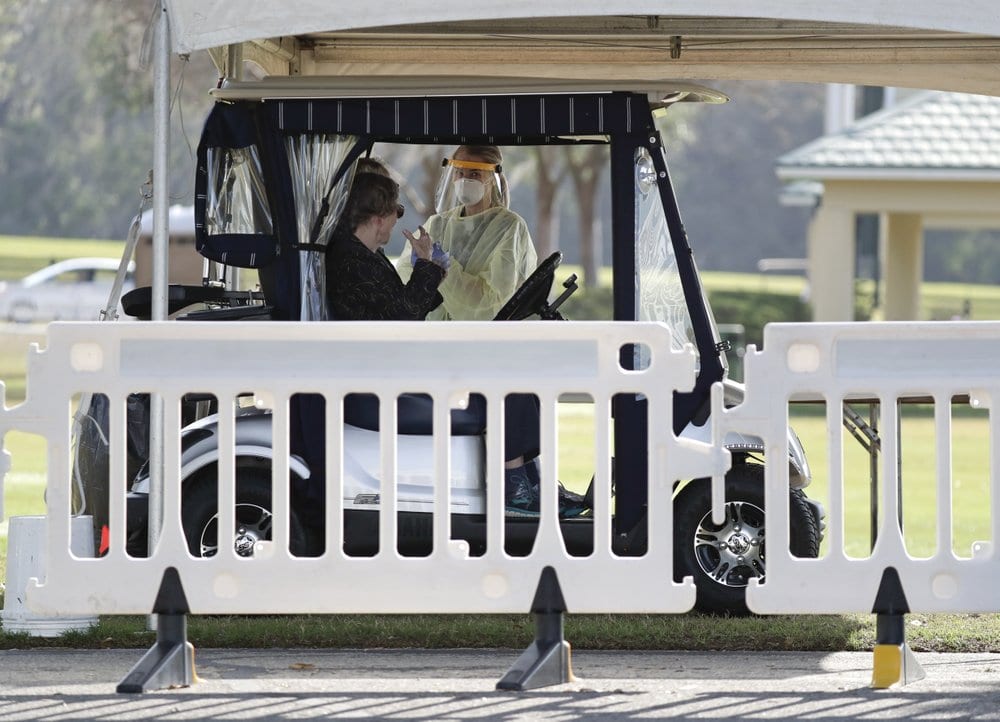 A local order and one from Ron DeSantis leave room for physical activity.

Golf will go on in one of the largest retirement communities in the nation, though other activities will be curtailed amid concerns the coronavirus is starting to take hold in there.

Officials in central Florida’s Sumter County, where most of The Villages retirement community is located, issued a stay-at-home advisory Tuesday recommending that residents remain at their houses except to get groceries, seek medical attention, work, care for another person or exercise outdoors.

Golf was specifically noted as permissible in the order’s exercise category. The Villages has dozens of courses. As one resident recently told The Associated Press, “This is The Villages. There would be a riot if they stopped golf.”

A day after Sumter County issued its advisory, Florida Gov. Ron DeSantis issued a statewide stay-at-home order Wednesday after weeks of resisting the move. The statewide order allows “participating in recreational activities” and lists walking, biking, hiking, fishing, hunting, running or swimming as examples but makes no mention of golf.

In an email, Sumter County Administrator Bradley Arnold said the statewide order didn’t change anything in regards to golf.

The governor’s order “is not an exhaustive list of what is allowed but provides examples of those activities that would be consistent with social distancing as part of essential recreational activities,” Arnold said. “Golfing provides the same opportunity within the Governor’s executive order for social distancing, particularly in the manner in which the golf courses are managing the process (such as one golfer per rented cart).”

The Villages was the nation’s fastest growing community last year, reaching 132,000 residents, a jump of 41%. The median age is about 72 years old, and almost 80% of its resident are older than 65, according to the U.S. Census Bureau. Sumter County has a median age of 67.

As of Wednesday morning, Sumter County had 52 coronavirus cases, including 16 that required hospitalization.

Most people who get the virus have only mild or moderate symptoms, such as fever and cough. For some, especially older adults and people with existing health problems, it can cause more severe illness, including pneumonia.

Last week, University of Florida Health conducted coronavirus tests on 2,280 people in The Villages, including those without symptoms. Of nearly 900 people with symptoms, 23 tested positive for coronavirus. Among 1,400 tests for people who indicated they did not have symptoms, two were positive, according the medical network’s findings released Tuesday.

“These results show evidence of initial community spread. However, it does not appear to be widespread, at least so far,” said Michael Lauzardo, deputy director of the University of Florida’s Emerging Pathogens Institute. “While a week is a short period of time, the fact that we saw increases in the number of positive tests as the week progressed raises concerns that the infection is just beginning to take hold in the community.”

previousSunburn — The morning read of what’s hot in Florida politics — 4.2.20

nextMost Floridians moving about less only in highly-infected areas