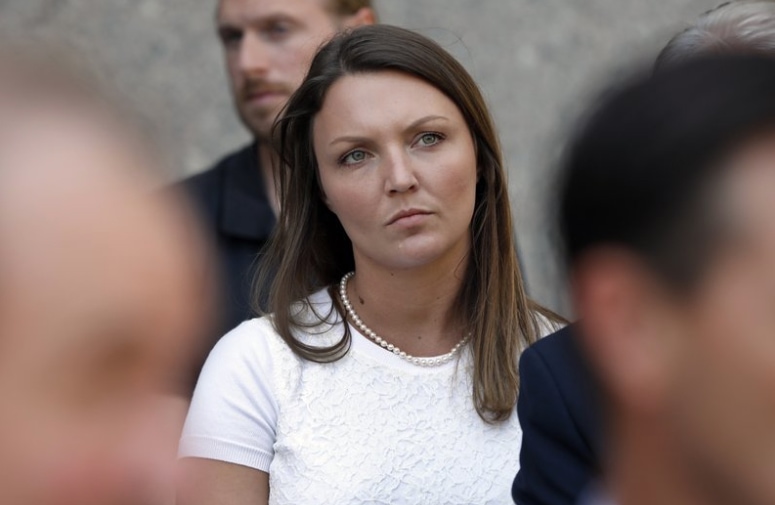 A federal appeals court on Tuesday denied an effort by one of deceased wealthy financier Jeffrey Epstein’s alleged underage sexual abuse victims to revive a lawsuit claiming Florida federal prosecutors failed to consult victims when reaching a secret plea deal with Epstein over a decade ago.

A three-judge panel of the 11th U.S. Circuit Court of Appeals concluded that Courtney Wild’s appeal of a Florida judge’s ruling had to be rejected because no federal charges were filed in Florida against Epstein at the time. He was later charged federally in New York and died of an apparent suicide in jail on August 10, 2019, at age 66.

The judges expressed sympathy for alleged victims such as Wild but determined the law required that her appeal be rejected.

“Despite our sympathy for Ms. Wild and others like her, who suffered unspeakable horror at Epstein’s hands, only to be left in the dark—and, so it seems, affirmatively misled—by government lawyers, we find ourselves constrained to deny her petition,” U.S. Circuit Judge Kevin Newsome wrote in the 2-1 opinion.

“It’s not a result we like, but it’s the result we think the law requires,” Newsome added.

The Associated Press does not name sexual abuse victims without their permission. Wild has given numerous interviews and discussed her experiences publicly at length with Epstein.

In an emailed statement, Wild expressed dismay at the decision.

“This is impossible to understand – the government intentionally misled the victims but found a way to get away with it by working with a child molester to get around the law. And the Judges ruled in their favor. How?”

One of her lawyers, Paul Cassell, said in the email they will ask the full 11th Circuit to rehear the case.

“For all the reasons given in the 60-page dissenting opinion, we strongly disagree with today’s ruling – which leaves victims like Ms. Wild without any remedy, even for victims like her who have been ‘affirmatively misled’ by federal prosecutors,” said Cassell, a University of Utah law school professor and former federal judge.

The lawsuit, filed in 2008, revolves around a secret plea negotiation with Epstein that spared him serious federal charges and permitted him to plead guilty to lesser state prostitution-related charges in Palm Beach County, Florida. Epstein spent 13 months in jail — and was allowed to go to his office almost daily — paid financial settlements to victims, and was a registered sex offender.

Court documents show Epstein had a Palm Beach mansion where at least 40 underage girls were brought for what turned into sexual encounters. Authorities say he had female fixers who would look for suitable girls, some local and others recruited from Eastern Europe and other parts of the world. Epstein also had a lavish home in New York City, a ranch in New Mexico, and a private Caribbean island where assaults also allegedly occurred.

According to the lawsuit, the secret plea deal and non-prosecution agreement between Epstein’s high-powered legal team and South Florida federal prosecutors was never discussed with any of his victims. They claim that violated the Crime Victims Rights Act enacted in 2004 to give them a voice in decisions involving prosecution.

Florida U.S. District Judge Kenneth Marra initially ruled that prosecutors did violate the victims’rights law and asked for recommendations from both sides on what to do about it. But then Epstein died in August 2019, and a few weeks later Marra dismissed Wild’s lawsuit.

The 11th Circuit majority found that the victims’ law only applies after criminal proceedings have begun, not before.

“We hold that the (victims rights law) does not apply before the commencement of criminal proceedings — and thus, on the facts of this case, does not provide the petitioner here any judicially enforceable rights,” the judges decided.

In dissent, U.S. Circuit Judge Frank Hull wrote that the Epstein victims had some rights, namely “the right to confer with the government’s attorney and the right to be treated fairly — that were repeatedly violated” by Florida federal prosecutors. Hull said the case should be sent back to the Florida court for a decision on how to remedy the violations.

“This case is about how the U.S. prosecutors fell short on Epstein’s evil crimes,” Hull wrote. “Our criminal justice system should safeguard children from sexual exploitation by criminal predators, not re-victimize them.”