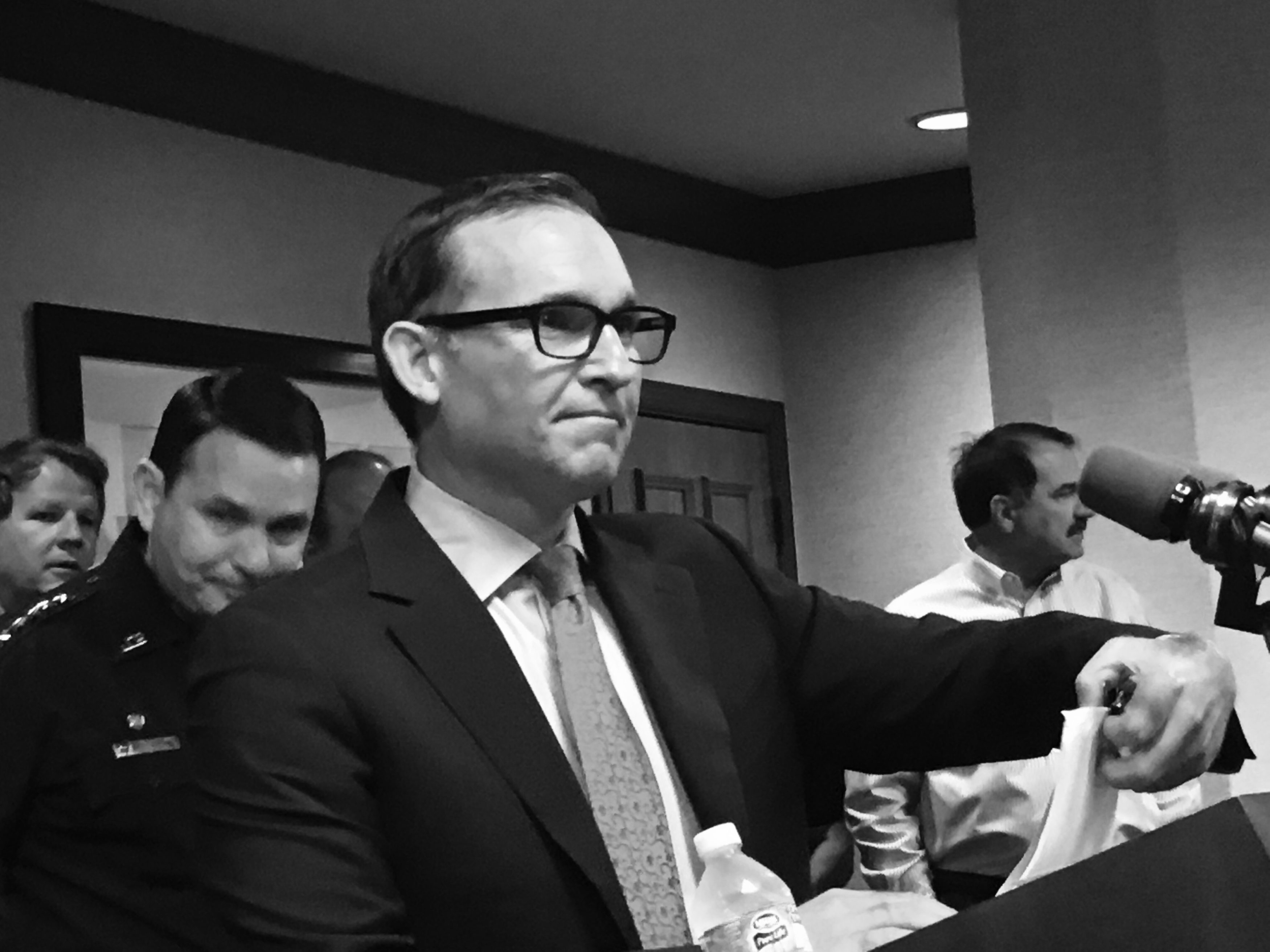 “With our curve flattening this was a very measured opportunity,” Curry said.

People can access Jacksonville Beach, Atlantic Beach, and Neptune Beach from 6 to 11 a.m. and 5 to 8 p.m. for exercise.

Curry again explained that “essential activities” are permitted, which don’t include cookouts or sunbathing.

“The community is responding well,” Curry said, thanking local news for “strong” and “objective” coverage he sees as different from the sensationalism on a national stage.

“Practice social distancing and act responsible,” Curry said to those using the beaches.

Curry contends that Jacksonville has largely already flattened the curve.

Throughout the crisis, 863 people have contracted COVID-19, including 75 who were hospitalized and 15 who died.

The positive test rate is 5%, Curry said, with hospitals at 51% capacity.

The Mayor noted that the city is complying with testing according to expert guidelines, with local and state testing and local hospitals combining for 1500 tests per day.

A new walk-up testing location at Kooker Park will test up to 200 people a day on Jacksonville’s Northside, Curry said.

The Mayor’s reassurances might not reflect the concerns of elected officials who groused about the reopening in recent days.

Rep. Tracie Davis, a Democrat who represents much of Jacksonville’s urban core in the Florida Legislature, was direct on Twitter, saying that “during a pandemic, this is not the way to make national news … beaches/parks are opening!!”

“Clearly, folks think COVID-19 cautions are over,” she tweeted. “Why? The beaches are open. Folks are at the beaches … I am troubled & saddened … It’s not over. COVID-19 & our Jax examples are hotbeds of community spread incubators.”

However, Curry noted that going forward, “mitigating risk” is the way forward.

“We’re not going to be locked in our homes months from now. That’s not feasible, not practical,” Curry said.

The Mayor also addressed national criticism, though not singling out a specific outlet.

The Washington Post wrote about #FloridaMorons, and cable news had its say.

Curry added, in response to “critics outside this city” and “certain news outlets”, that he will continue to make decisions based on science.

He added it was “not healthy” for critics outside the city to make judgements about local decisions.

“While it would be tempting for me to get into a back and forth with certain cable news outlets,” Curry said he is “moving on.”