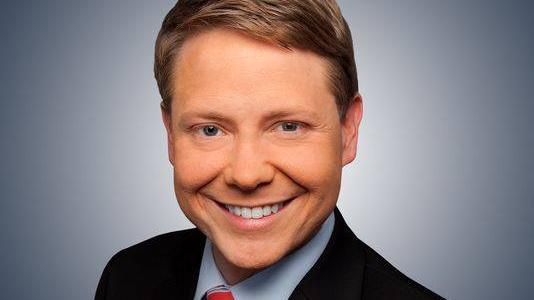 Kamm left his post with the Hillsborough School district.

Kamm most recently served as communications and media officer for the Hillsborough County School District. Before that he was communications director for the Museum of Science and Industry, a job he took after ending a 14 year career in journalism.

“I made the decision to pursue this opportunity in a different area of public service following a very fulfilling tenure at Hillsborough County Public Schools,” Kamm wrote on Facebook over the weekend.

“Many of you know my wife Cathy Kamm is a former prosecutor, and I have a deep belief in all the State Attorney’s Office is doing right now to keep our community safe, while advancing smart updates to our criminal justice system.”

Kamm’s move comes just after Addison Davis took over as superintendent from Jeff Eakins in early March. Kamm made clear his career move was not a reflection of Davis’ new leadership.

To be clear, I am excited about our new superintendent in Hillsborough,” Kamm wrote. “I approached Superintendent Davis about this opportunity, and he was quite gracious and understanding about my decision.”

“The Communications team at Hillsborough Schools is made up of some of my favorite people on the planet. I’m confident they will continue to thrive under the leadership of the truly amazing Tanya Arja,” he continued.

Kamm ended his announcement with a quote from the cult classic television series Law & Order.

“As they say on TV … ‘in the criminal justice system, the people are represented  by two separate yet equally important groups: The police who investigate crime and the [state] attorneys who prosecute the offenders,’” he wrote.

“Now it’s my job to tell their stories.”

Kamm will lead communications for a reformative State Attorney in Andrew Warren.

Since taking office two years ago, Warren has implemented a number of reforms within the Hillsborough justice system including removing guns from domestic abusers and increasing civil citation programs and diversion courts for first-time nonviolent offenders and juveniles to avoid jail time.