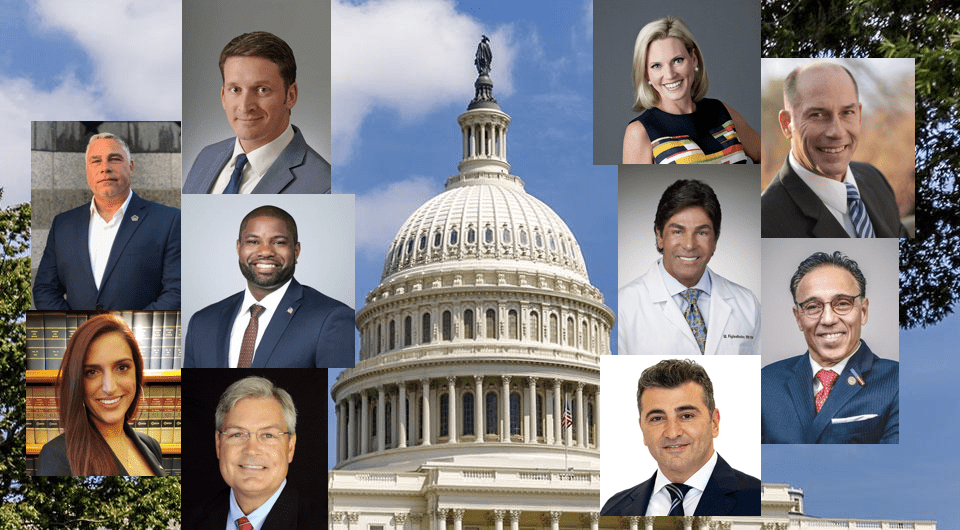 Most candidates qualified for one of Florida's hottest GOP primaries.

The Republican field is set in Florida’s 19th Congressional District, and it’s bigger than expected.

State Rep. Heather Fitzenhagen qualified for the race shortly before the noon deadline, defying speculation she may instead seek local or state office. The Fort Myers Republican became the 10th Republican to qualify in the crowded field.

The primary ballot is set now to feature a range of self-funders, state lawmakers and local activists.

Democrats David Holden and Cindy Banyai will face each other in the Democratic primary. Write-in candidate Patrick Post will face the Democrat and Republican nominee in November.

Ultimately, most of the candidates stuck it out at least through qualifying. Pundit Ford O’Connell dropped out in March. Independent Antonio Dumornay, who originally filed as a Republican, failed to qualify for the ballot as of the noon deadline Friday.

The 10-person GOP primary shows signs of becoming one of the most expensive in Florida this year. Three candidates already put in significant personal contributions— Askar with a $3-million bank loan, Figlesthaler with more than $1 million of his money, and Severson with more than $100,000 in personal loans.

In total, campaigns reported raising a combined $6.7 million to run in the district; that includes more than $377,000 raised by O’Connell.