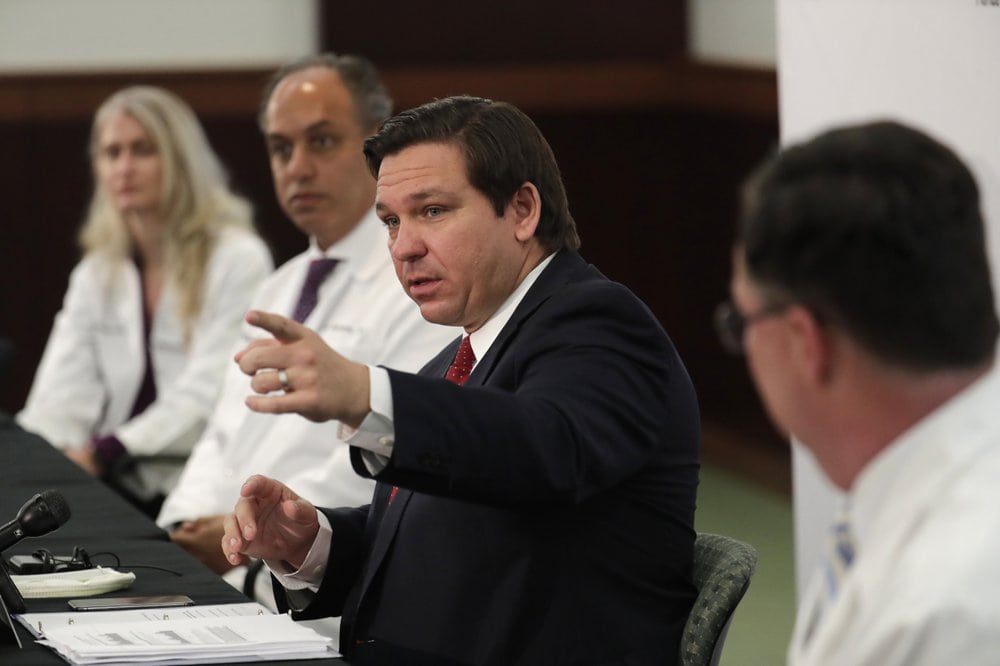 Have something to say? Send it along.

Florida officials opened an online portal Saturday for the public to weigh in on reopening the state amid the coronavirus outbreak that has now shuttered schools and businesses for more than a month.

In making the announcement, the governor’s office said “public feedback will be a critical component” in the work of the Re-Open Florida Task Force, a panel charged by Gov. Ron DeSantis to help guide him in deciding whether to lift certain restrictions put in place to limit the spread of the virus.

As of Saturday, the state reported more than 30,800 known infections and said about 1,050 Floridians have died from COVID-19.

DeSantis on Saturday visited a clinic in Weston, Florida, and said the rate of positive tests was declining as the state continued to ramp up testing.

The Governor said the state will allow pharmacies to administer COVID-19 tests and announced state labs will be receiving new equipment in late May to significantly increase the number of daily samples tested. DeSantis also said officials would receive a shipment with antibodies tests on May 1.

The state has 40% of regular bed and ICU bed availability, DeSantis said, which he said was leading him to likely restart elective procedures and surgeries soon.

The Governor and his task force are attempting to strike a balance between public health and reviving the state’s damaged economy. The public portal is sure to draw opinions that will further stoke the debate about when might be the right time to reopen the state.

The Governor’s stay-at-home order expires May 8, and he said he would provide an update on that directive this weekend. He said he thought it would be safe to restart certain sporting events without an audience, and hinted that restaurants with limited outdoor seating could lift some of the stress at supermarkets. DeSantis said he wasn’t ready to allow movie theaters or bars to open up.

“The prudent way to do it is to be very methodical about it. Be very data driven. I am not in a rush to do anything. I would rather do it right,” DeSantis said. “People should just know that we are in uncharted waters here. Nobody knows really what’s specifically been effective or not.”

The economy is the central focus of the governor’s task force.

School and business closures, as well as the Governor’s “safer-at-home” edicts, have strained the economy and left hundreds of thousands of people without paychecks.

It has also led to countless frustrations among the newly jobless, who continued to have difficulty getting unemployment benefits — with much of the difficulty tied to the state’s glitch-prone unemployment system. That frustration mounted when state officials said its site would not be available for the weekend to people checking on the status of their claims.

As of Saturday, the state’s online unemployment dashboard reported that more than 785,000 Floridians had submitted claims since mid-March for unemployment benefits, with less than half processed. Of those, about 166,000 have gotten paid.

Florida has struggled more than other states to clear its backlog of claims.

Small business owners, especially those in smaller counties that have not seen the surge of coronavirus cases experienced in hard-hit South Florida, have been antsy to reopen for business. But some cautioned that lifting restrictions too early could be dangerous to public health and prolong the crisis.