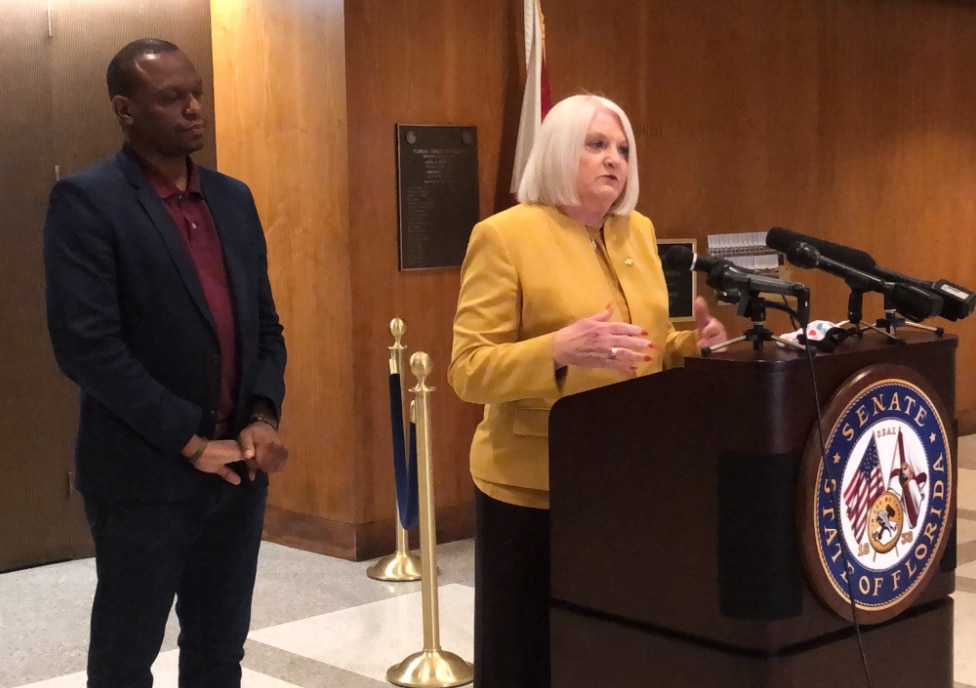 One constituent was so desperate for help she considered suicide.

Democratic Sen. Randolph Bracy is upping his advocacy for improving the state’s unemployment compensation system after receiving a particularly striking constituent comment, one of hundreds he has gotten recently.

“This person reached out to me and said they had considered suicide because their situation was so dire; a single parent who had weeks, two months now, of unemployment, no response, and she reached out in desperation,” Bracy said. “And so, I decided it was time to come here.”

Bracy and fellow Orange County Democratic Sen. Linda Stewart on Wednesday urged Gov. Ron DeSantis to take more action to fix Florida’s broken unemployment system and to expand and extend benefits in any way he can for the perhaps close to 2 million Floridians who have lost their jobs in the coronavirus crisis.

Bracy, from Ocoee, and Stewart, from Orlando, said they met Wednesday with officials of the Florida Department of Economic Opportunity and Department of Management Services Secretary Jonathan Satter, whom DeSantis put in charge of getting the problematic system to work as well as possible.

They delivered hundreds of pleas from constituents, forwarded from calls and emails their offices had received from people who were frustrated that they couldn’t access unemployment benefits they were certain they deserved.

“I plan to stay here until the bulk of the requests are taken care of,” Bracy said.

Things clearly are improving, Bracy and Stewart both said after meeting with Satter, noting that nearly 700,000 unemployed Floridians now have received payments. That’s up from a mere 40,000 after the first month or so of the coronavirus unemployment crisis.

“They’re doing a lot in the past week to get those payments out,” Stewart said.

Yet that’s out of 1.9 million applicants through Tuesday, leaving hundreds of thousands, perhaps a million, still experiencing the kinds of frustration and lack of answers that Bracy and Stewart said drove them to Tallahassee on behalf of their constituents.

At this point, they conceded that Florida’s program, based on the $77 billion clunker of an unemployment application and processing system in place, probably faces limited prospects, and a new system could take more than a year to install.

People, they said, still need the money. They need access to the system. They need someone who will take their calls. They need better communication of what is expected of them now, such as the need to check in every week. None of that is happening as it should, Bracy and Stewart said.

And unemployed Floridians, they said, are going to need more money than Florida’s rules allow, and an extension of benefits duration, especially with situations such as Walt Disney World, Central Florida’s largest employer and the nation’s largest single-site employer, possibly not fully reopening before 2021.

So do it, any way you can, they urged DeSantis. If it takes a Special Session, if it takes executive actions, Floridians are waiting in desperation, they said.

“It’s in your ballpark right now. There’s no other person who can do it.” Stewart said.

“Personally I think the Governor could make all of the choices and orders because this is an unusual situation,” Stewart said. “So I definitely think he needs to look at that.”

nextLast Call for 5.13.20 — A prime-time read of what’s going down in Florida politics