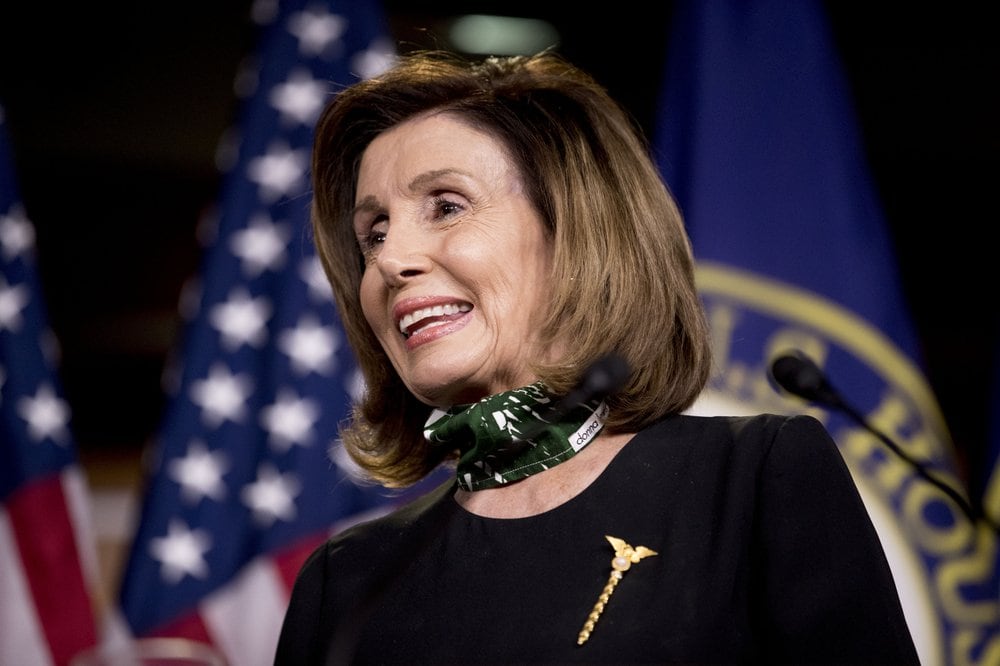 The Democratic-controlled House is pressing ahead Friday with votes on another massive rescue bill that would pump almost $1 trillion to state and local governments, renew $1,200 cash payments for individuals, and extend a $600 weekly supplemental federal unemployment benefit.

The first four coronavirus response bills were bipartisan measures that passed by sweeping votes, but Friday’s measure — with a $3 trillion-plus price tag that exceeds the prior bills combined — promises to pass largely along party lines.

House Speaker Nancy Pelosi has loaded the 1,815-page measure with a slew of Democratic priorities, including funding to cover rent payments and utility bills, “hazard pay” for essential workers, and grants to thousands of municipal governments grappling with sagging revenues.

But it’s earned a White House veto threat and a scathing assessment from top Republicans like Senate Majority Leader Mitch McConnell, of Kentucky, who called it “a totally unserious effort.” Few Republicans are expected to vote for the bill tomorrow despite popular provisions like help for the Postal Service and local schools, $1,200 payments to most Americans and $175 billion to help homeowners and renters stay in their homes.

The legislation comes as the country continues to struggle with the health and economic crisis caused by the highly contagious virus, which has claimed more than 85,000 lives in the U.S. and caused at least 36 million people to lose their jobs. Just Thursday, the government reported that almost 3 million people filed jobless claims last week.

The response has been an unprecedented wave of deficit-financed federal aid aimed at propping up businesses, supporting household balance sheets, and pay for a massive health system response. On Wednesday, Federal Reserve Board Chairman Jerome Powell urged lawmakers to act further, warning that the economic shock is “significantly worse” than any downturn since the Great Depression.

The government’s budget was supposed to be $4.6 trillion even before the pandemic hit. The response so far has added almost $3 trillion to that, but hasn’t arrested the economy’s drop. That’s made GOP defense hawks uneasy about the prospect of more aid. And polls show Republican voters think the government is generally doing enough.

Republicans are now calling for a “pause” before considering more aid, reflecting disunity between conservatives who feel enough has been done and more pragmatic lawmakers who favor steps like rescuing the Postal Service from looming insolvency, while delivering cash to revenue-starved state and local governments.

Underscoring the stakes, it’s also becoming clear that the next coronavirus response bill will probably be the last.

“I think the bill we pass in June will likely be the last major bill,” said Sen. Roy Blunt, a Missouri Republican. “There may be some effort to pass a bill in September or October but it will get increasingly difficult.”

The House Democrat’s bill ignores Trump’s demand for a cut in the Social Security payroll tax, It also does not replenish the Payroll Protection Program that’s been a favorite of Republicans and their business allies.

The measure is likely to pass Friday along party lines, though Rep. Kendra Horn, an Oklahoma Democrat, announced her opposition on Thursday, while New York Republican Peter King says he will support it.

The earlier bills, debated as the magnitude of the crisis was becoming clear, featured sweeping votes and debates notable for their bipartisanship and sense of common purpose. Now, disagreements about re-opening the economy, which appear to cleave along party lines, have crept into the debate.

Pelosi told reporters she believed both parties “and even down Pennsylvania Avenue” — a reference to the White House — understand “the hardships Americans are feeling.” She called the Democratic proposal “our offer” and said while she’s had no recent negotiations with Treasury Secretary Steven Mnuchin, the administration’s chief bargainer, “I’m sure that they’ll come with something.”

White House officials quickly released a statement of their own. It said the legislation Pelosi unveiled Tuesday is “more concerned with delivering on longstanding partisan and ideological wishlists than with enhancing the ability of our Nation to deal with the public health and economic challenges we face.”

McConnell said later Thursday on Fox News that there was a “high likelihood” Congress would do another bill and said it would include GOP-sought language limiting legal liability for companies reopening for business. But he added, “it’s not going to be a $3 trillion left-wing wish.”

nextSunburn — The morning read of what’s hot in Florida politics — 5.15.20