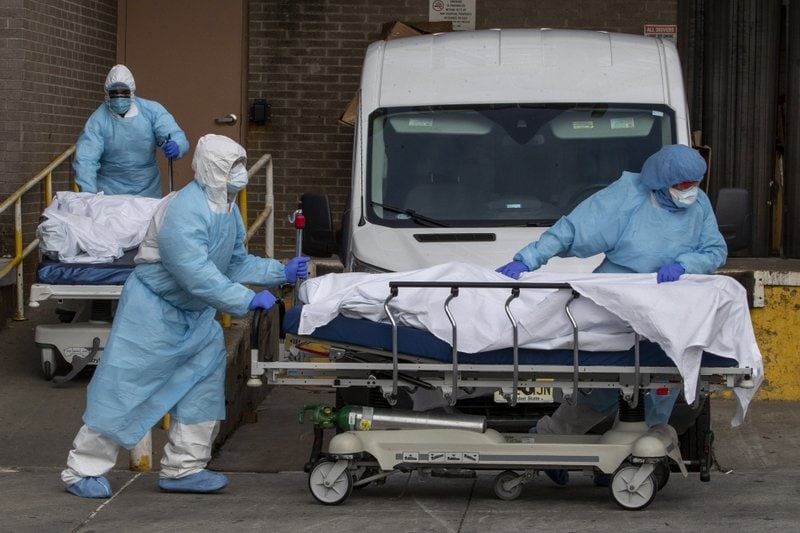 Medical personnel wearing personal protective equipment remove bodies from the Wyckoff Heights Medical Center Thursday, April 2, 2020 in the Brooklyn borough of New York. As coronavirus hot spots and death tolls flared around the U.S., the nation's biggest city was the hardest hit of the all, with bodies loaded onto refrigerated morgue trucks by gurney and forklift outside overwhelmed hospitals, in full view of passing motorists. (AP Photo/Mary Altaffer)

As America’s response to the coronavirus pandemic splits along partisan lines, a Reuters analysis may help explain why: Death rates in Democratic areas are triple those in Republican ones.

By Wednesday, U.S. counties that voted for Democrat Hillary Clinton in the 2016 presidential election reported 39 coronavirus deaths per 100,000 residents, according to an analysis of demographic and public health data.

In counties that voted for Republican Donald Trump, 13 of every 100,000 people had died from the virus.

The uneven impact reflects the disproportionate toll the infectious disease has taken in densely packed Democratic-voting cities like New York. Rural areas and far-flung suburbs that typically back Republicans have not seen as direct an impact.

The pattern holds beyond New York, the epicenter of the U.S. outbreak. Democratic counties in 36 of the 50 U.S. states collectively reported higher death rates than Republican counties.

In Maryland, where the disease has killed more than 2,000 people, the death rate in the Democratic suburbs of Washington is four times higher than in the conservative counties in the Appalachian panhandle.

In Kansas, which has reported 152 fatalities, the death rate is seven times higher in the two counties that backed Clinton than in the rest of the state.

There are exceptions. Republican counties report a higher death rate in Delaware, Nebraska and South Dakota, where the disease has raced through meatpacking plants. Republican counties have been harder hit in Montana, New Hampshire, New Mexico, North Dakota and Texas, where rates are well below the national average.

A Reuters/Ipsos survey of 1,115 U.S. adults conducted Monday and Tuesday found nearly half of Democrats were “very concerned” about the virus, compared with one-third of Republicans.

Other polls have found Republicans more eager to lift restrictions aimed at slowing the coronavirus in the United States, which leads the world with more than 92,000 deaths and 1.54 million infections.

The contrast is especially sharp in Michigan, where refrigerator trucks store corpses in Detroit hospital parking lots, while armed men protest business restrictions at the state capitol. Sheriffs in several Republican-leaning counties have said they will not punish businesses that defy rules put in place by Democratic Gov. Gretchen Whitmer.

Trump, who narrowly won Michigan in 2016, is due to visit the state on Thursday. He has pressed Whitmer to lift restrictions in hopes of reviving the economy before the November election.

Republican pollster Steve Mitchell said voters in the state were sharply split along partisan lines. Democrats are afraid they will catch the disease, while Republicans worry more about the economic damage from nationwide shutdowns that sent unemployment soaring.

“They are not seeing a high caseload in their area and they’re wondering why they’re being treated the same as the city of Detroit,” he said.

Conservative activist Michelle Gregoire said people should not change their behavior to avoid the coronavirus.

“You can’t put yourself in a bubble,” she said.

“It is that same type of disconnect: ‘If it’s not happening to me, if it’s not in my backyard, then that’s their problem over there, and not ours,’” she said.

“It’s going to be your problem, though.” 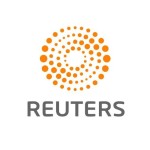