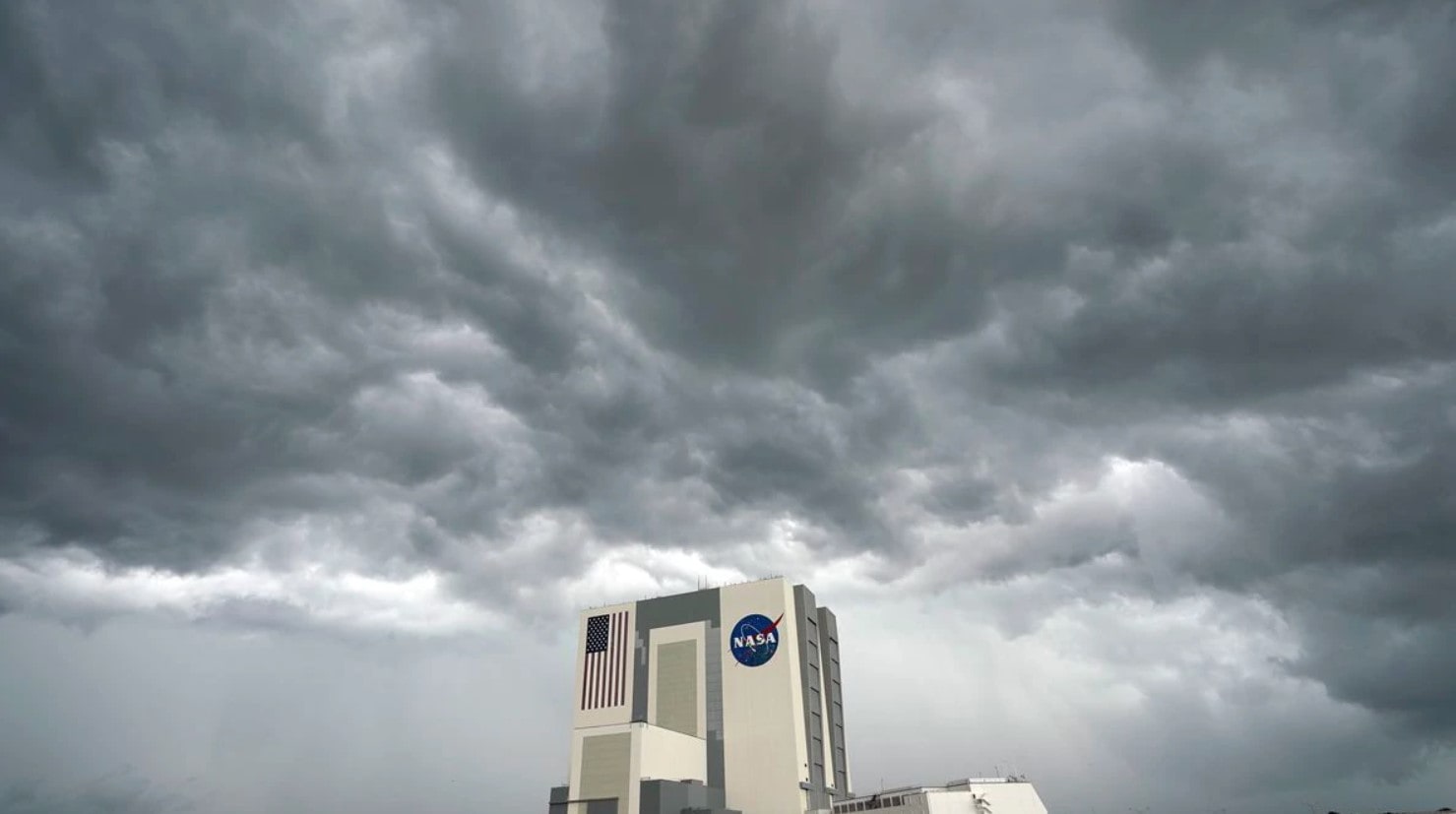 First lower earth orbit, then the Moon, then Mars.

The country will again tune in to Cape Canaveral Saturday as SpaceX makes a second attempt to send American astronauts to space.

Gov. Ron DeSantis on Friday plotted out a course for NASA and SpaceX that goes beyond the International Space Station.

“We’re on the cusp of, once again, sending American astronauts to space, launching from American soil, by an American rocket,” he said. “And if we’re able to do this, the next stop is to the moon again, and then the stop on that is to Mars.”

Officials scrubbed the launch originally planned for Wednesday 17 minutes before lift-off because of the threat of lightning. SpaceX, NASA, and astronauts Doug Hurley and Bob Behnken will try again on Saturday, with a 3:22 p.m. launch target time.

“We are hoping that this launch happens on Saturday,” DeSantis told reporters. “We were all very excited for Wednesday, but these things — they made the right decision.”

Forecasters put the odds of acceptable weather conditions Saturday at 50-50, with the outlook improving to 60% favorable on Sunday, the fallback plan if Saturday ends up a repeat of Wednesday. Rain and clouds were the main concerns for the weekend.

“It’s going to be a jump ball again it looks like with the weather,” he added, “but hopefully we’re able to get it done and I know a lot of people will be happy.

The last time astronauts launched to orbit from the U.S. was in 2011 when Atlantis closed out the 30-year space shuttle program. Hurley was on that mission as well.

NASA hired SpaceX and Boeing in 2014 to get the ball rolling again — kicking off a commercial revolution for getting people to low-Earth orbit, according to officials. In the meantime, NASA has spent billions of dollars to buy seats on Russian Soyuz capsules for U.S. astronauts, in order to keep the space station staffed.

“I think the collaboration between the federal government and some of these great new companies is the way to go, and Florida is really going to be at the epicenter for this innovation,” DeSantis. “We really hope that there’s a successful lunch Saturday, so let’s keep our fingers crossed.”

At a separate news conference Friday, NASA Administrator Jim Bridenstine stressed the need for safety for the astronauts — no matter how many times it takes to launch them in a SpaceX Dragon capsule atop a SpaceX Falcon 9 rocket to the space station.

“We cannot forget this is a test flight. This — is — a — test — flight,” he repeated. “We will go when everything is as safe as we can possibly make it.”

previousBarbara Pariente, Peggy Quince: Lessons from Bush v. Gore — Why every vote counts and every vote must be counted