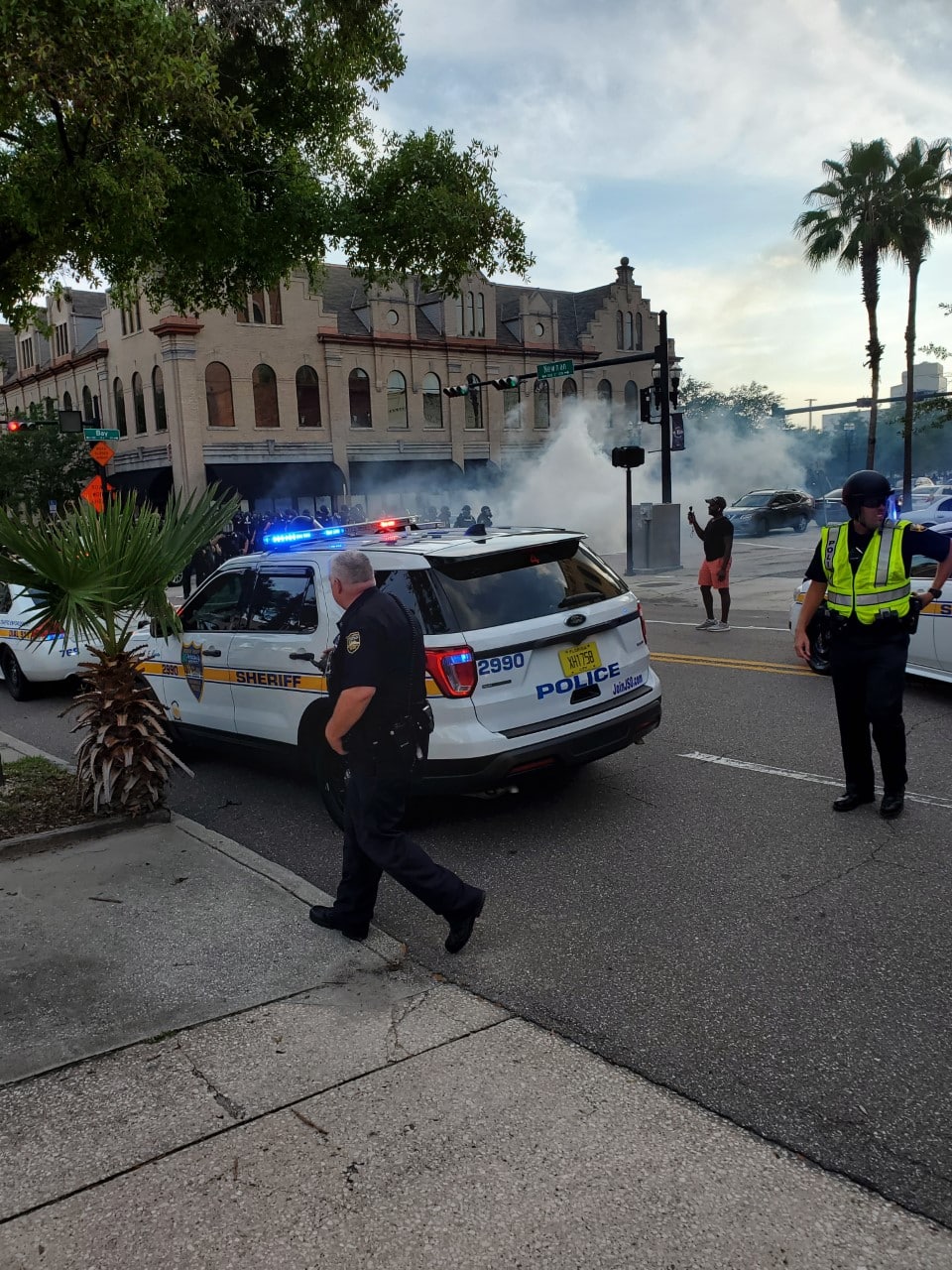 Jacksonville Mayor Lenny Curry announced Monday that the curfew he instituted on Sunday night for the city would not roll over into the work week.

“With the help of law abiding citizens and the hard work of law enforcement, Sheriff Williams and I have decided to rescind the curfew tonight. We have the capacity should the need arise, but we very much appreciate the cooperation of the people of our city,” the Mayor tweeted Monday, seemingly putting a cap on two weekend days of peaceful protest turned into low-grade insurrection.

The worst of the action was on Saturday, but at that point Curry did not impose a curfew, though he did vow that scofflaws would not “burn the city to the ground.”

The event, with thousands of people downtown at its peak, saw some crowd attrition as the afternoon grew late.

But the folks who stuck around clashed with police, with a number of officers seriously attacked and one stabbed in the neck. Police officers deployed flash bangs and tear gas in response to physical attacks and assaults on property, including the Supervisor of Elections office and the Jessie Ball DuPont Center, a hub of non-profit activity in a historic old library.

Sunday evening, though, as protests consumed the afternoon and a Black Lives Matter event was set to be staged in the residential Springfield, the Mayor imposed the restrictions.

“Due to criminal activity that threatens first responders, other people, and private property Sheriff Williams and I have decided to implement a citywide curfew. Effective 8 p.m. today until 6 a.m. Monday I am putting a curfew in place for the City of Jacksonville,” Curry said.

The Mayor, who resisted calls to impose more restrictive orders during the coronavirus outbreak, found himself attacked by Democrats as “power drunk.”

“A curfew at 8? Why are we punishing an entire city? Do you realize folks walk to neighborhood stores until they close? What about our restaurants that just re-opened? This is not the answer; just an excuse,” opined Rep. Tracie Davis, a House Democrat who often does not align with the City Hall power structure.