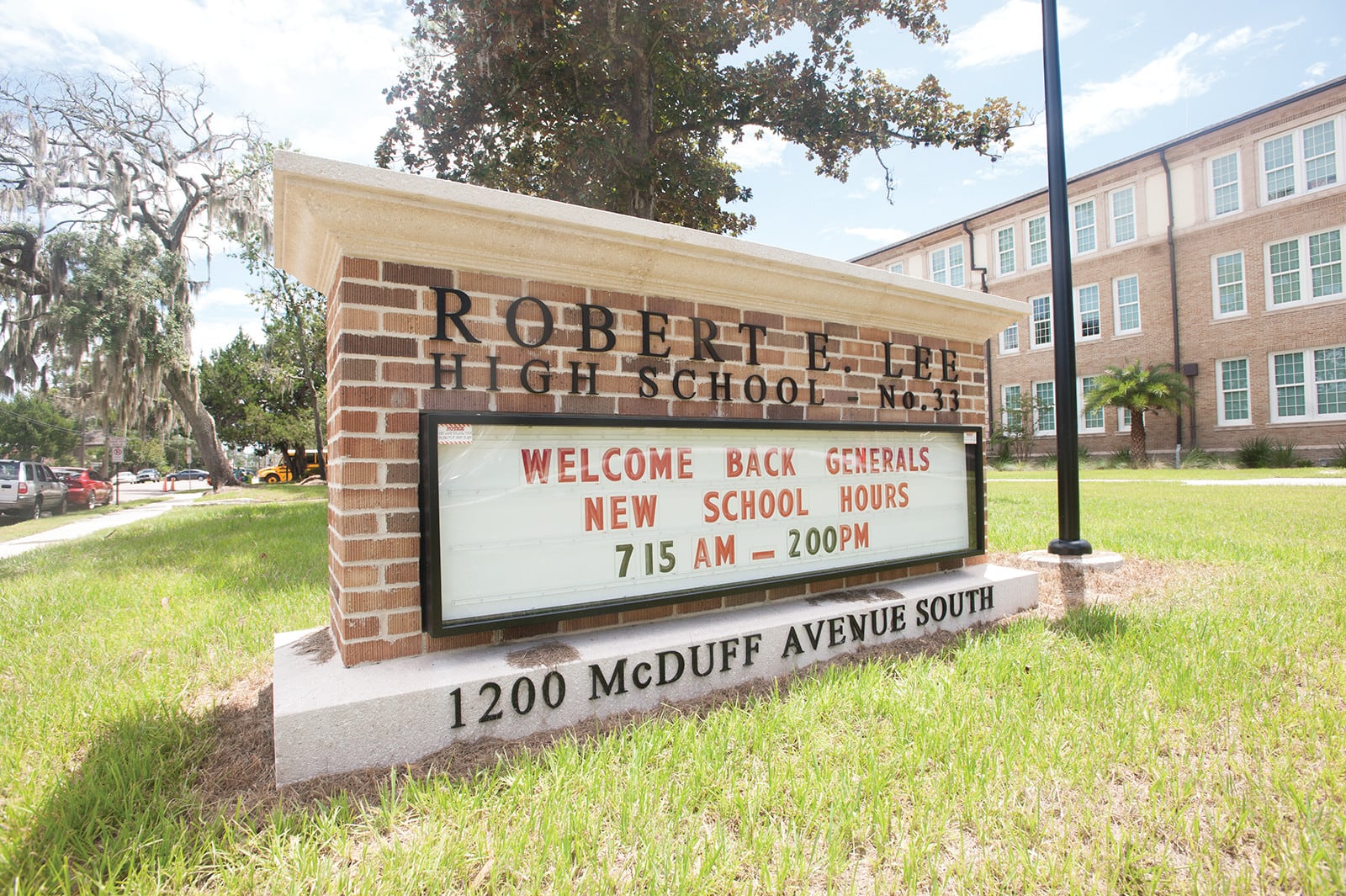 The process could be long and controversial.

Schools named after Confederate soldiers and icons — long controversial in Duval County — are poised to be renamed with the School Board voting unanimously Tuesday to launch that process.

Ahead of the vote, Duval County School Board Chair Warren Jones said that Tuesday evening’s board meeting would begin a long process of reconsideration.

“We have come to a place and time in the history of our city, that we must begin the process of renaming all the schools named for a confederate soldier. This effort can help to heal a city that is fractured,” Jones wrote to board members, adding that the process is consistent with other city policies.

“In following the lead of our Mayor, who is boldly removing all Confederate monuments, it is high time that we do the same,” Jones, who served for decades on the Jacksonville City Council, wrote.

Mayor Lenny Curry said he had “evolved” on the issue, and Jones suggests that the school district is poised to do the same.

“Renaming of existing schools provides a unique opportunity to further develop an identity of the Board and its schools. Renaming of schools must also support the District School Board‘s mission, vision and core values and meet the best interest of the schools‘ students,” Jones wrote, saying the request applies to a number of schools.

The Superintendent will have to “establish procedures to rename these schools,” a process likely to take some time.

Renaming the former Nathan Bedford Forrest High School to Westside High School took a number of years, and a contemporaneous push to take Lee’s name off the high school has yet to be fulfilled.

However, this may be the time. A petition on Change.org has already received over 10,000 signatures.

“Robert E. Lee’s name is a social stigma that haunts Jacksonville as it is a constant reminder of the racism and hate that exists today. 70% of the students that attend Robert E. Lee are African American. Many of whom don’t have the choice to go to another school since Lee is their neighboring school,” the petition reads.

next'Veto equivalent of the Red Wedding': Budget slashing to come this month