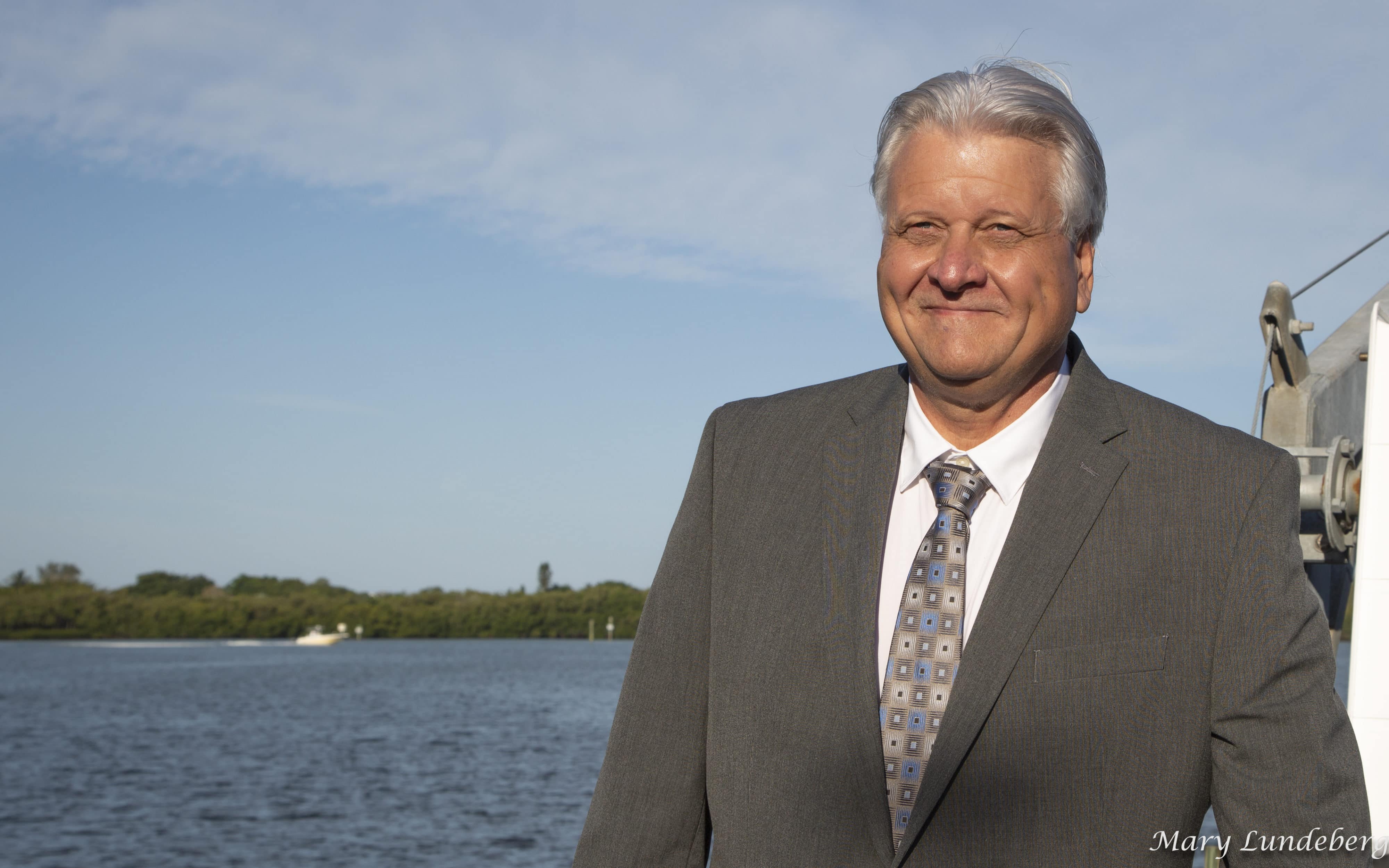 After graduating high school, I joined the workforce and attended refrigeration and electrical cicuitry training becoming a vending mechanic. My continuing education included raising five great children. I was a president, officer, and head coach in several community sports organizations.

My first and last job was as a vending mechanic for 37 years.

My wife, Patti . We have 5 great children and 5 wonderful grandchildren. Our children are educated and doing very well. They live in Michigan, Ohio and North Carolina.

I spoke to many people in Charlotte and Sarasota counties. I started hearing a lot of questions like “what are you running for?” or “you should run.” In retrospect , I think they knew before I did.

My wife and children, Charlotte County Democrats, Englewood Indivisible, Englewood Democrat Club, Southwest Florida Indivisible, my neighbors, Republicans, Democrats and NPAs . The same people that will advise me after I am elected.

That would depend on what I need consulting on. I am fortunate to have several political consultants on various topics: environmental, prescription drug prices, the postal service, veterans, first responders, seniors, social security , quality of life, medicare without supplementals, public education teachers, hospital workers, and living wage for all workers. I get advice from different experts on all of these subjects. I listen, learn, and will be the voice of all of our residents of Florida House District 75. No official campaign manager, “it takes a village”.

It was me, because I believe I am the best person for the job. Unlike my opponent, I do not have a business interest and do not take money from special interests and therefore, I work exclusively for the common interest.

“We The People” are the state government and I will be inspired by the majority of the people of House District 75.

People believe that and they are right, the majority of politicians are influenced by the money of lobbyists that don’t have the best interest of the people at heart. Case in point, I woke up in the morning to discover I had picked up a $1000 contribution from a lawyer in California that works for Bristol Myer Squibb, a pharmaceutical giant. I returned the contribution that night. I could have used the money to increase the chances of my victory. I wondered, before I returned the money, if Bristol Myer Squibb would expect me to vote in their special interests and against the best interest of the people of Florida House District 75. We already pay 370% more than the average of the rest of the industrial world for our prescription drugs. How high do they want our prices to go?

– The Environment: No issue in Florida HD 75 should be considered more important to maintaining and improving our quality of life. Specifically, phosphate and nitrates when combined they create blue-green algae. A study of blue-green algae at the University of Miami  showed that blue-green algae contributes to ALS and Alzheimers. With our older population in FL HD 75, this needs to be addressed immediately. “Red Tide” devastated our economy and it will be back without proper research and scientific solutions. Before we send people to Mars or create a “Space Force”, we need to take care of our own backyard.

– Healthcare Costs: Part of this would be the lowering of prescription drugs prices. Some say this is more of a federal issue. With the political influence we currently have in Florida, soon to be at least 29 electoral votes, we can get Washington with the help of Senators Marco Rubio and Rick Scott to get prescriptions cost in line with the rest of the industrial world. With these cuts we can work toward the elimination of Medicare supplemental insurance which cripples many seniors. This would add to the quality of life for all citizens.

– Wages: We are the third most populous state in the country. Our wages need to reflect this fact. We need a living wage for all workers.

Common Sense Gun Control: I am from five, at least, generations of hunters. I do believe in the Second Amendment. However, we need to use common sense. Stricter background checks and limits on excessive clips could avert a tragedy.

All the help we can get on environmental issues of protecting our water, coastal integrity, and land resources. Helping to bring high paying renewable energy jobs to Charlotte county (Not China).

Looking at the history, I would say SHE has not been elected yet. We have become a great state but I give credit to the people, not any specific Governor.

I would like to see a separate Environmental Commissioner added to the list of elected officials. This official would act independently and answer equally to the Executive, Legislative, and Judicial branches and of course to the people. This position should be added to Article IV, Section 4a.

Yes, it gives the challengers a chance at better name recognition.

All sources.  I think it keeps me fair and truly balanced.

My opponent is a long time Tallahassee denizen influenced by many special and his own business interests. I will be a strong advocate for the residents of HD75, I plan to donate after expenses my salary back to our wonderful community.

Camping, boating, biking, traveling to visit our children and grandchildren, volunteering with Meals On Wheels, St. David’s Jubilee, and Helping Hands, among others and entertaining family and friends when they come to visit us in our little slice of paradise.