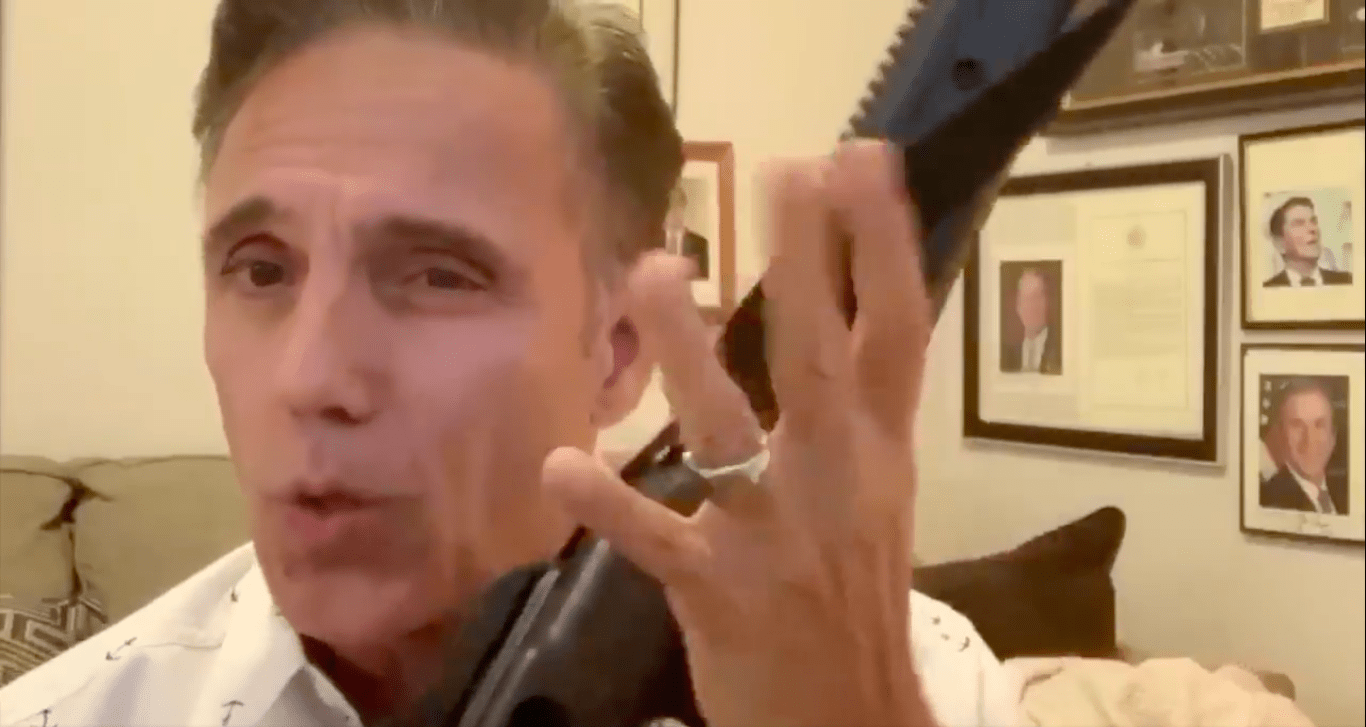 A Naples Republican running for Congress says it’s time to “pick a side” in the coming civil war.

Darren Aquino starts his newest ad with images of a Black Lives Matter protest turning violent. By the end of the ad, he’s holding a gun and explaining it’s time to prepare for war.

“For years they have been trying to take away our Second Amendment right because right now, we are headed towards a civil war,” he says. “It’s time to pick a side and push back the mob.”

In the past, he has attacked other candidates, calling Casey Askar an “unnatural” citizen because he was born in Iraq and demanding Cindy Banyai be fired from Florida Gulf Coast University for being a “communist sympathizer.”

A Change.org petition launched last week called him a racist fascist and demanded he drop out.

But Aquino, also the founder of the Advocates for Disabled Americans, Veterans, Police, Fireman & Families, has maintained he’s the candidate fighting for common sense values.

Watching protests that followed the George Floyd death in Minneapolis turn violent distressed Aquino, who said he faced racist taunts as a half Puerto Rican child growing up in New York.

“As a street kid, I saw gangs growing up,” he said. “I was around for the Black Panthers, but that was a different move. Even they weren’t as violent as this crime.

Aquino, who will hold an event this weekend at the Iwo Jima memorial in Cape Coral, said he is also concerned for statues like that as mobs topple others.

While there have been no attacks on the World War II memorial, a more controversial monument in Lee County that normally sits in downtown Fort Myers, a bust of Confederate Gen. Robert E. Lee, was taken down so it wasn’t vandalized during recent demonstrations.

Aquino, who like Trump hails from New York but now finds himself defending Confederate statues, said monuments should remain in place. Notably, the Confederates engaged in the Civil War.

But Aquino said attempts to take down the monuments now should be seen as an attack on civilization.

“To rip it down is to try and attempt to create fear in people,” Aquino said. “That’s anarchists.”