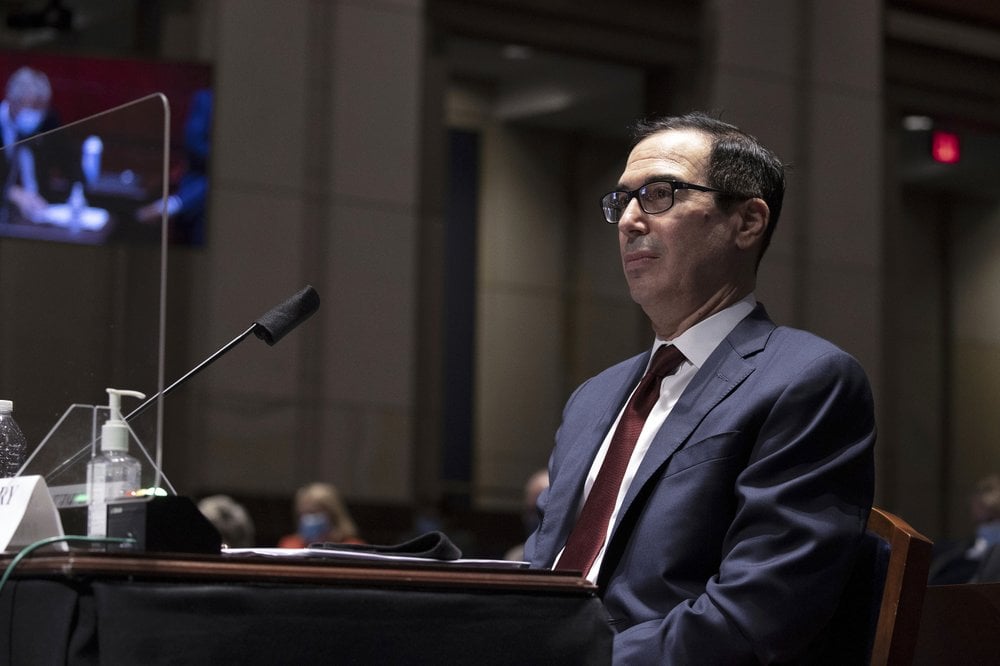 The government on Monday identified roughly 650,000 mostly small businesses and nonprofits that received taxpayer money through a federal program that was designed to soften job losses from the coronavirus but also benefited wealthy, well-connected companies and some celebrity-owned firms.

The Treasury Department’s Payroll Protection Program approved applicants from a broad swath of industries. Some that were less directly impacted by the pandemic, such as manufacturing and construction, received a greater proportion of the loans than the hard-hit restaurant and hotel industries. Many law firms and private equity companies also obtained loans.

Businesses owned by politicians also borrowed from the program, including a minor league baseball team owned by the family of the Governor of Ohio. A large franchisee of Wendy’s, Taco Bell and Pizza Hut restaurants, whose CEO is a major donor to President Donald Trump, received loans totaling $15 to $30 million.

Other recipients included Kanye West’s clothing and sneaker brand Yeezy, Ice Cube’s professional basketball league, Planned Parenthood clinics in more than two dozen states, the nonprofit arm of the anti-tax group headed by Grover Norquist, Americans for Tax Reform, as well as Rosenblatt Securities, one of the biggest names on the floor of the New York Stock Exchange.

As of June 30, the program had handed out $521 billion. The Treasury Department identified just a fraction of the total borrowers Monday, naming only companies that got more than $150,000. Those firms made up less than 15% of the nearly 5 million small companies and organizations that received loans.

Sen. Marco Rubio, a Florida Republican and chairman of the Small Business Committee that crafted the program, said the release of the data provided “much needed transparency.” He called the program “a historic lifeline” for small businesses during the pandemic.

Senate Democratic leader Chuck Schumer described the data release as a “good start” but lamented that it took so long and “so much pressure from Democrats” to make the information public. He said more transparency was needed ”to ensure that these taxpayer dollars went where Congress intended — to the truly small and underbanked small businesses.”

Economists generally credit the program with helping prevent the job market meltdown from being much worse. Employers added 7.5 million jobs in May and June, a solid increase that was probably driven in part by the PPP. The economy still has nearly 15 million fewer jobs than before the pandemic.

Research by the Federal Reserve found that companies with fewer than 50 workers before the pandemic saw their hiring rise 12% in May, while jobs grew just 5% in larger firms, suggesting PPP helped fuel rehiring.

But the program was only intended to carry the economy through a short interruption from the pandemic, which is now threatening to have a longer-lasting impact. The Treasury Department initially required the loans to be spent within eight weeks of being received, though that was later extended to 24 weeks.

Many small businesses have already run through their PPP money and still face sharply smaller demand, as consumers remain wary of returning to previous habits of shopping, visiting gyms, or eating out. Texas, Florida, California, New York and others states have reversed their reopenings, closing down bars and delaying the onset of indoor dining.

“The biggest issue is that PPP is short-term help,” said Adam Ozimek, chief economist at Upwork, a freelancing platform. “And now we’re dealing with a mid- to long-term problem.”

A survey by the National Federation of Independent Business found that as of mid-June, 14% of small businesses that borrowed from the PPP expected they would have to lay off some workers when their loan ran out.

The program provided loans of up to $10 million for small businesses to help them recover from the government-ordered shutdowns and revenue losses caused by the virus. The average loan amount for the entire program was $107,000, the Treasury Department said in a broad summary of the program.

The loans can be forgiven if businesses mostly use the money to continue paying workers. The program initially was set to expire June 30 but was extended last week to Aug. 8, with $132 billion still available.

The recipients employed 51 million people before the pandemic began, Treasury Secretary Steven Mnuchin said. That amounts to about 85% of all workers at companies with fewer than 500 employees. The government will not know how many of these jobs were actually saved until companies apply to have the loans forgiven, a process that is just beginning.

A senior administration official said Monday that some small companies “will need additional support” in the coming months.

The public may never know the identity of more than 80% of the nearly 5 million beneficiaries to date because the administration has refused to release details on loans under $150,000. That secrecy spurred a lawsuit by news organizations including The Associated Press.

The Treasury Department has released only dollar ranges for the loan amounts, rather than exact figures.

High-profile evangelical megachurches, including several with pastors who have backed Trump, also received loans after religious entities were permitted to seek aid even if they performed only faith-based functions.

Some major supporters of Trump also benefited. Muy Brands Inc., a San Antonio, Texas-based franchisee with more than 750 Wendy’s, Taco Bell and Pizza Hut restaurants, received between $15 million and $30 million between three entities. Muy Brands CEO James Bodenstedt is a major donor to the president. He has given $300,000 to the Trump Victory PAC since the start of this year, according to federal campaign finance records.

The hardest-hit restaurant and hotel industries lost nearly half of their pre-pandemic jobs in March and April. They ranked fifth on a list of recipients. Health care, professional and business services, construction and manufacturing received a greater share of loans.

And according to an analysis by Beth Ann Bovino, U.S. chief economist at Standard & Poor’s, some states with the smallest increases in unemployment from the pandemic got more loans than harder-hit states.

Media companies, including Newsday and American Media, former owner of the National Enquirer, got loans of up to $5 million.

The data gave few details about loans to minority-owned businesses. Companies were not required to supply demographic data on their applications, and many entries about race and gender contained “unanswered.”

However, many minority-owned businesses are run by the owner, with few, if any, employees, so their loan amounts likely were under $150,000 and therefore not part of the data release. Senior administration officials who briefed reporters before the release said they hoped to get more information when owners submit applications for loan forgiveness over the next few months.