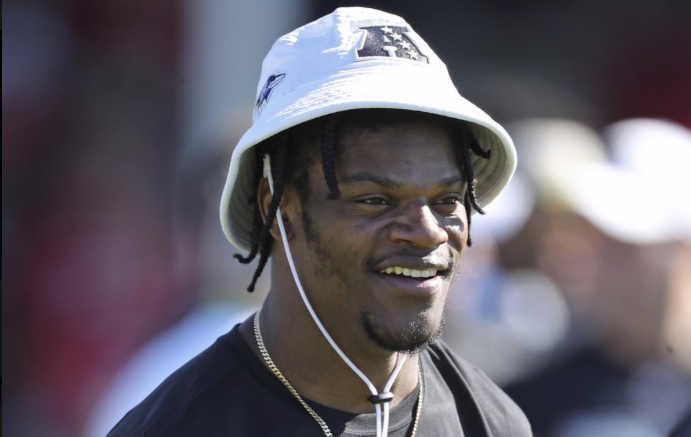 Lamar Jackson of the Baltimore Ravens announced he will hold his annual “Funday with LJ” event in Pompano Beach amid the spike in coronavirus cases. (AP Photo/Gregory Payan, File)

Baltimore Ravens quarterback Lamar Jackson announced he will hold his annual “Funday with LJ” event in Florida amid the state’s spike in coronavirus cases.

Jackson’s third annual event will be held Saturday and Sunday in his hometown of Pompano Beach, Florida, according to a flyer shared on his Instagram page Monday. Social gatherings in groups of more than 10 people are currently not allowed in Pompano Beach, according to the city’s website.

The flyer, which says “come have some fun in the sun,” advertises flag football, and water slides among other activities. It also says adults must wear face masks, and a waiver must be signed for children to participate.

The announcement for the event comes more than a week after Florida Gov. Ron DeSantis said in a news conference that interactions among young people are driving the surge in confirmed cases.

In Broward County, where the event is scheduled to be held, there are more than 21,000 positive coronavirus cases and about 400 people have died from the virus, according to Florida’s Health department.

With 7,361 new diagnoses since Monday morning, 213,794 people have tested positive for COVID-19 as of Tuesday morning’s update.

DeSantis has pointed to the median age metric to show that the state is keeping at-risk demographics safe. Two weeks ago, half of the new cases were in people 33 and younger, but has since been on the rise.

After the median age from the 50s to the early and mid-30s over the course of the second wave — and after the Governor began referring to that shifting demographic — state health officials began including the count in its morning reports. Monday’s median age is the highest since the state began reporting it in mid-June.