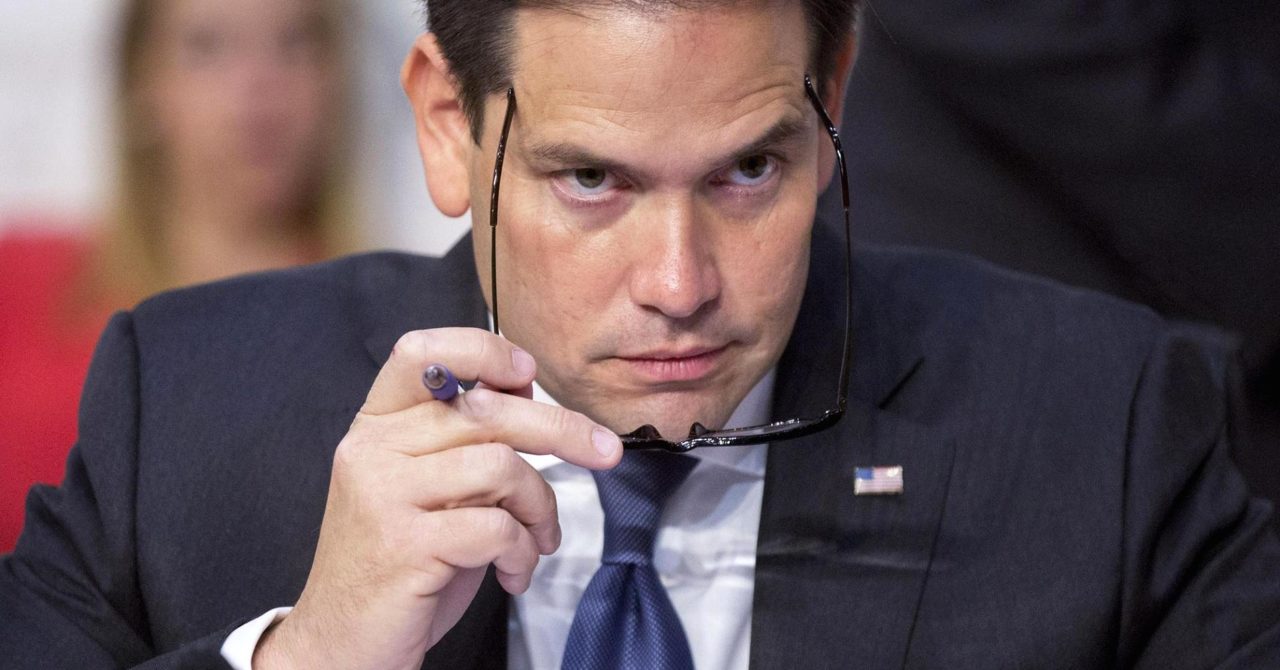 U.S. Sen. Marco Rubio lightly joked about a report that China was sanctioning him, but he continues to harbor weighty concerns over the Beijing regime’s reach.

In a Monday op-ed for Real Clear Politics, the second-term Republican said time is of the essence, if American interests in the formerly autonomous Hong Kong are to be protected.

“America must now move quickly to protect its economic and national security interests and the people of Hong Kong as the CCP solidifies control,” Rubio wrote, less than two weeks after new security legislation tightened the communist regime’s crackdown on Hong Kong autonomy.

“Throughout history, authoritarian regimes have ruled by forcing people to accept fear and violence in their everyday lives. We see this in western China, where the Communist Party is overseeing a slow-motion genocide of Uyghurs and other Muslims. International companies regularly turn a blind eye to the atrocities because business is good in China. Beijing is counting on the same complacency as it ravages the rights of Hong Kong’s people, but America cannot allow it to be so. We cannot allow the world — other nations, international companies, and other observers alike — to stand passively as Beijing suppresses yet another free people,” Rubio noted.

Rubio has, like his in-state colleague Sen. Rick Scott, taken a strong stance against the Beijing regime. Both spoke out immediately against the legal changes in Hong Kong earlier this month.

“Anyone at this point that travels to Hong Kong, whether it’s an American businessman or Canadian businessman or anything for that matter, is out of their minds. What this basically says now, that law now says that whether you’re a Chinese citizen or resident in Hong Kong or not, if you have said things or done things critical of the Chinese government and you step foot in Hong Kong, they now reserve the right to arrest you. Being arrested by Chinese authorities is not like being arrested by American authorities — you can be put in indefinite detention, obviously it’s not going to be a real trial,” Rubio said in early July.

“And so it begins. Hong Kongers arrested for speaking up, having a voice & wanting their human rights. This is exactly what Communist China wanted to accomplish, demonstrating its power through intimidation. The police made their first arrest but it certainly won’t be their last,” Scott tweeted early in the month.