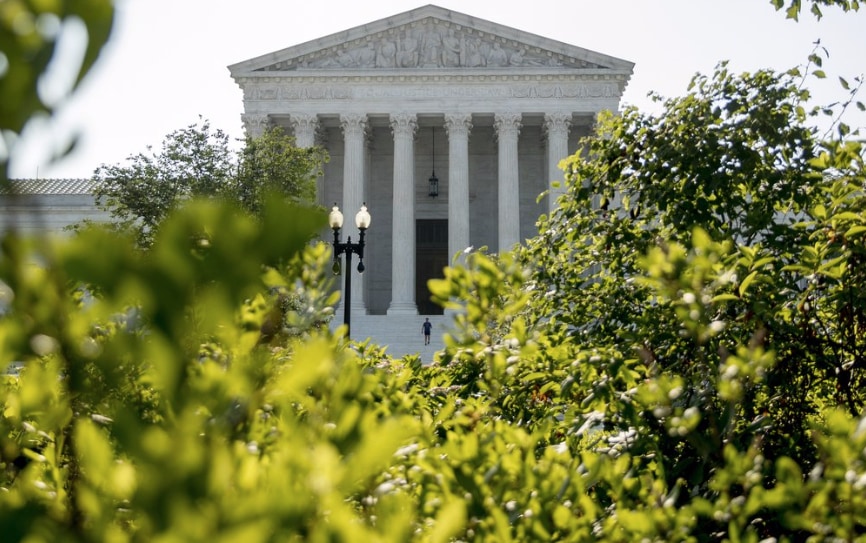 The ability of hundreds of thousands of felons to cast ballots in this year’s elections is at stake.

A battle over voting rights in Florida is playing out at the U.S. Supreme Court, with the ability of hundreds of thousands of felons to cast ballots in this year’s elections at stake.

Attorneys for the state and voting-rights groups filed briefs this week at the Supreme Court as they continue wrangling over a challenge to a 2019 state law requiring felons to pay “legal financial obligations” — fees, fines, costs and restitution — to be eligible to vote. Voting-rights groups argue that linking voting rights and finances amounts to an unconstitutional “poll tax.”

The state law was aimed at carrying out a 2018 constitutional amendment that restored voting rights to felons “upon completion of all terms of sentence, including parole or probation.”

The voting-rights groups went to the Supreme Court last week after an Atlanta-based appeals court put on hold a ruling by U.S. District Judge Robert Hinkle, who said the state cannot deny voting rights to felons who cannot afford to pay court-ordered financial obligations associated with their convictions.

The plaintiffs are challenging the hold, saying it would block felons from voting in the August primary elections and could prevent them from casting ballots in November.

But in a response filed Tuesday at the Supreme Court, lawyers for Gov. Ron DeSantis said the stay on Hinkle’s decision issued July 1 by the 11th U.S. Circuit Court of Appeals should remain intact.

The state will be “irreparably harmed” if Hinkle’s “patently erroneous injunction is reinstated, enabling hundreds of thousands of ineligible voters to take part in the upcoming elections, one of which is only a month away,” lawyers for DeSantis and Secretary of State Laurel Lee wrote.

Hinkle’s May decision, which said that depriving poor felons of the right to vote is unconstitutional wealth-based discrimination, laid out a process for state elections officials to use to determine voters’ eligibility. Under the procedure, hundreds of thousands of felons who have served their time behind bars would be able to register and vote in the Aug. 18 and Nov. 3 elections without taking any additional action.

DeSantis appealed Hinkle’s ruling, and in an unusual move, the 11th Circuit agreed to what is known as an “en banc,” or full court, initial review of the case. Three-judge panels nearly always conduct initial reviews of appeals.

The Atlanta-based appellate court also put Hinkle’s ruling on hold, and scheduled oral arguments in the case for Aug. 18, the same day as Florida’s primary elections.

Asking the U.S. Supreme Court last week to vacate the stay, the plaintiffs’ lawyers argued that blocking Hinkle’s ruling from going into effect “creates chaos and confusion about who can and cannot vote, where a wrong guess creates the risk of criminal prosecution.”

Hinkle “not only fundamentally altered the upcoming election by changing the composition of the Florida electorate without any warrant in the Constitution,” but also “undermined” the Legislature’s authority, the state’s lawyers wrote.

The Governor’s attorneys noted that the 11th Circuit took the “extraordinary measure” of granting the state’s request for a full court review.

The plaintiffs have not shown that they will be “seriously and irreparably harmed by the stay,” a standard considered by courts when deciding whether to block rulings, the state’s lawyers argued.

Both the state and voting-rights groups have pointed to a previous Supreme Court ruling in a case known as Purcell v. Gonzalez establishing that election-related court orders can result in voter confusion and have a chilling effect on voter turnout. As elections draw close, “that risk is increased,” the justices held in the 2006 decision.

Putting Hinkle’s order on hold so close to the August primary has created that effect, the plaintiffs’ lawyers argued.

“Not only has this thrown the election rules into chaos (with nearly one hundred thousand registered voters and three-quarters of a million citizens now uncertain of their eligibility to vote), it has revived the risk — and attendant chill — of prosecution for citizens who worry they will guess wrong about how much (if anything) they must pay to vote,” attorneys for the Campaign Legal Center wrote in last week’s Supreme Court filing, which was joined by other organizations that are plaintiffs in the case.

But the state said the plaintiffs’ “inverted theory” of the Purcell decision “creates perverse incentives” for plaintiffs and judges in voting-related cases “to attempt to delay resolution of the cases until the run-up to the election.”

In a brief filed Wednesday at the Supreme Court arguing that Hinkle’s decision should be allowed to go into effect, lawyers for the plaintiffs accused the 11th Circuit of creating confusion by contradicting the appellate court’s previous actions.

Hinkle in October issued a preliminary injunction in the case, deciding that the state cannot deny voting rights to felons who are “genuinely unable” to pay court-ordered debt. A three-judge panel of the 11th Circuit in February upheld the decision and refused DeSantis’ request for a full-court review. The decision for a full-court review came after Hinkle’s subsequent May ruling.

“This court usually affords deference to interim decisions of en banc courts of appeals,” the plaintiffs’ lawyers wrote in Wednesday’s brief at the Supreme Court. “Undoubtedly that is because en banc courts usually act to quell, not create, confusion and chaos. This case is the exception.”

The plaintiffs also asked the Supreme Court “to reject the state’s merits arguments, which boil down to this: the Constitution has nothing to say about an electoral standard that requires payment of an amount of money the state cannot determine (with the threat of prosecution for a wrong guess), that vanishingly few can afford, and that is a tax by another name.”