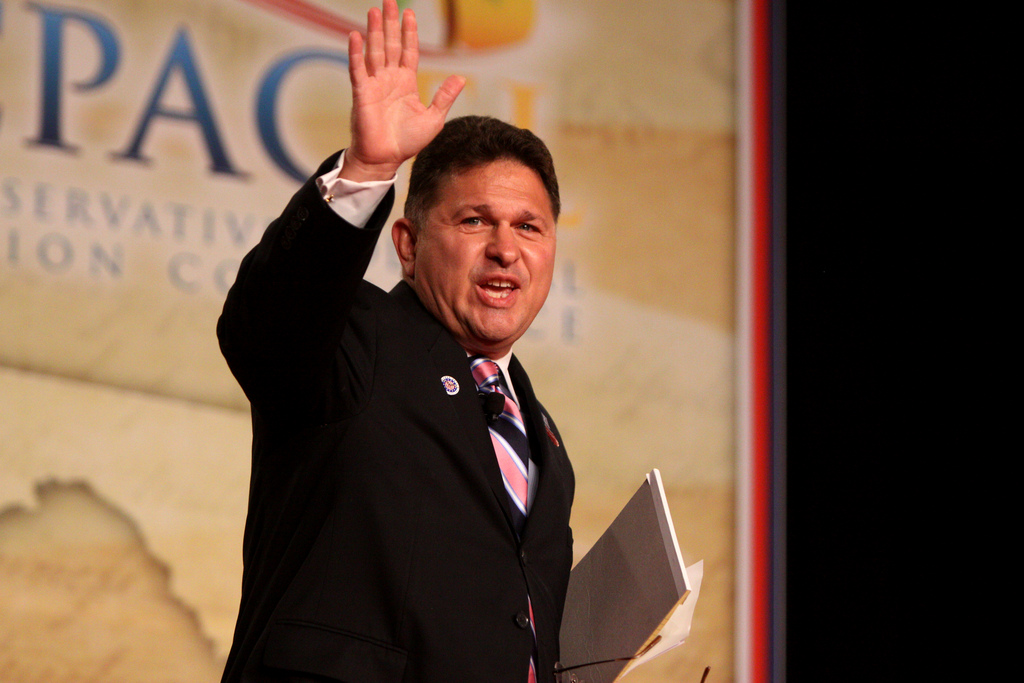 Florida’s top evangelical activist trashed Heather Fitzenhagen’s claims on her abortion record as a “bald-faced lie” when it comes to parental consent.

“Unbelievable bald-faced lie by @RepFitzenhagen in her TV attack ad entitled ‘Why the Lie’,” Stemberger tweeted. “She shamelessly asks her daughter to read the script with the bogus claim, ‘My mom is strongly pro-life and that why she supports parental consent.”

He’s referring to an ad Fitzenhagen released in response to attacks by the Florida Republican Senatorial Campaign Committee, which supports her opponent Ray Rodrigues.

Fitzenhagen, as a member of the Florida House, cast one of few Republican votes against a parental consent bill this year, even speaking against the legislation on the floor.

In her ad, Fitenhagen appears with daughter Olivia, who addresses her mother’s position on abortion. “My mom is strongly pro-life, and as a mom, she supports parental consent,” Olivia says.

Fitzenhagen herself adds: ”But when a mother’s life is in danger, government should not come between our daughters and their doctors.”

That’s hardly enough to satisfy a claim of being “strongly pro-life” while voting against most of the Republican caucus on the consent bill, by Stemberger’s estimation.

But he also finds the messaging hypocritical when abortion rights advocates have lauded her record. The anti-abortion activist then shared Planned Parenthood’s legislative report. That notes Fitzenhagen not only voted on the floor for the parental consent bill but for amendments to add exceptions for abortions resulting from rape or incest, based on mental health and improving access for young people.

Indeed, Fitzenhagen at one point shared a Facebook meme stating “I Stand With Planned Parenthood,” which Stemberger also highlights.

Stemberger said Fitzenhagen’s “pro-abortion record is clear & this TV ad is a stunning ‘Liar-Liar-Pants-on-Fire’100% FALSE claim. The TRUTH is she voted TWICE against Parental Consent bill.

“The TRUTH is @RepFitzenhagen is the single most pro-abortion rights Republican in the Florida House.”

In the most recent FFA legislative report card, Rodrigues received an A+ grade while Fitzenhagen received a B.

Florida Family Action last week formally endorsed Rodrigues, also a state Representative, in the Senate District 27 race. Stemberger told Florida Politics during a visit to Fort Myers this week that electing Rodrigues was one of the top priorities heading into the August primary, and he expected anti-abortion activists to knock on doors in the district on the Estero Republican’s behalf.

Until now, the group focused on boosting Rodrigues, but he took issue online with the Fitzenhagen marketing strategy.

“I dislike calling people liars,” Stemberger tweeted, “but this ad is a blatantly false & deliberate misrepresentation of her record.”