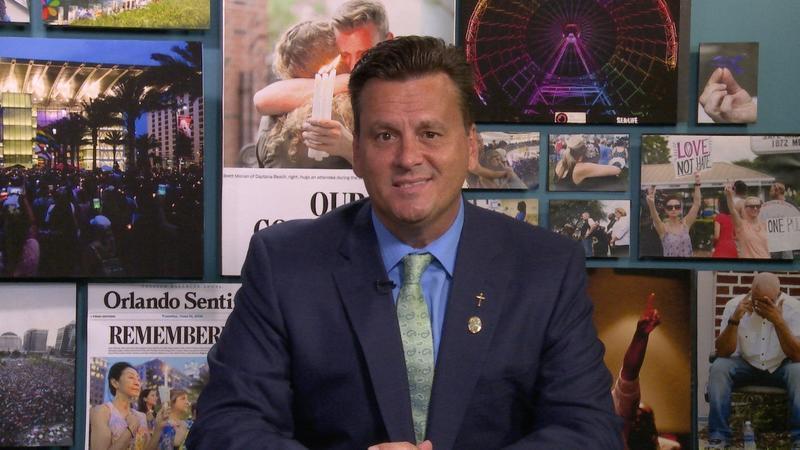 He is serving his third term as an Osceola County Commissioner, representing St. Cloud, and this year is running for an open seat for Florida House District 42.

The charge arises from an incident that occurred at a Turnberry Reserve Home Owners Association election meeting on Nov. 7, 2019, outside St. Cloud. While a security guard hired by the home owners association was trying to only allow people to only enter the polling area one at a time, Hawkins reportedly pushed his way past her to get into a back room where balloting was taking place.

Body camera video from her camera, posted on Facebook in May, shows, Hawkins pushing through a crowd, raising a badge, identifying himself as a “sheriff,” and telling her that she is about to get arrested.

Florida Politics reported the video in May.

Hawkins House campaign spokesperson Christina Johnson issued a statement declaring, “Commissioner Fred Hawkins did not impersonate an officer, as is charged and what will be proven is that he is innocent of the allegation.”

She said he was trying to reach a deputy in the back room because the meeting ” was quickly escalating.”

“This is nothing more than an orchestrated witch hunt to take out the Republican frontrunner in a hotly contested election year,” she said in a written statement.

In May Hawkins told Florida Politics, “I am a Special Deputy with the Osceola Sheriffs’ office. I was there to observe the election process.”

Hawkins is indeed a special deputy with the Osceola County Sheriff’s Office.

However, OCSO Maj. Jacob M. Ruiz said in May that the designation is “a volunteer, who is a civilian representative of the community who is appointed consistent with FSS 70.045, and able to assist the Sheriff in preserving law and order.”

The body camera video did not appear to show any dangerous situations, just some unhappy people yelling while the security guard advised people they would be allowed back to vote only one at a time.

The security guard, Ailyn DePena, of Orlando, was arrested a couple minutes after Hawkins went past her, by sworn deputies of the Osceola County Sheriff’s Office. She has since been cleared of all charges, including battery and resisting arrest.

She was accused of assaulting Hawkins. Yet her video showed only a minor bump as he moved past her. It was unclear from the video which of them bumped whom.

She accused Hawkins of impersonating a law enforcement officer and accused the two deputies there of false arrest. The Sheriff’s Office declined to investigate her charges. But her complaint was forwarded to the Florida Department of Law Enforcement.

In June, DePena filed a lawsuit in Circuit Court in Osceola County against the department, one of the deputies, and Hawkins, seeking civil damages, accusing them of false arrest, malicious prosecution, and battery.

Hawkins has been running for the Florida House seat being vacated by term-limited Republican Rep. Mike La Rosa of St. Cloud. Hawkins is far and away the leading candidate in terms of campaign money and campaign operations, though he has plenty of opposition. The August 18 Republican primary is set to feature him, Dianna Liebnitzky of St. Cloud, Gary Scott of St. Cloud, and Benny Valentin of Kissimmee.

The winner will face Democrat Barbara Cady in the November general election. La Rosa and previous Republicans have represented the district for many years, but it has transitioned from Republican to Democrat and now Democrats have about a six-point advantage in voter registration.

Cady decried “disappointing behavior from someone who is supposed to hold the public trust. We continue to see Commissioner Hawkins behave in a manner unbecoming of an elected official. He is unfit for public office.”

Liebnitzky called the events “very sad” and extended her concerns for his family and for the security officer.

“Anytime law enforcement is misrepresented by the use of falsification it’s absolutely heartbreaking,” Liebnitzky stated.