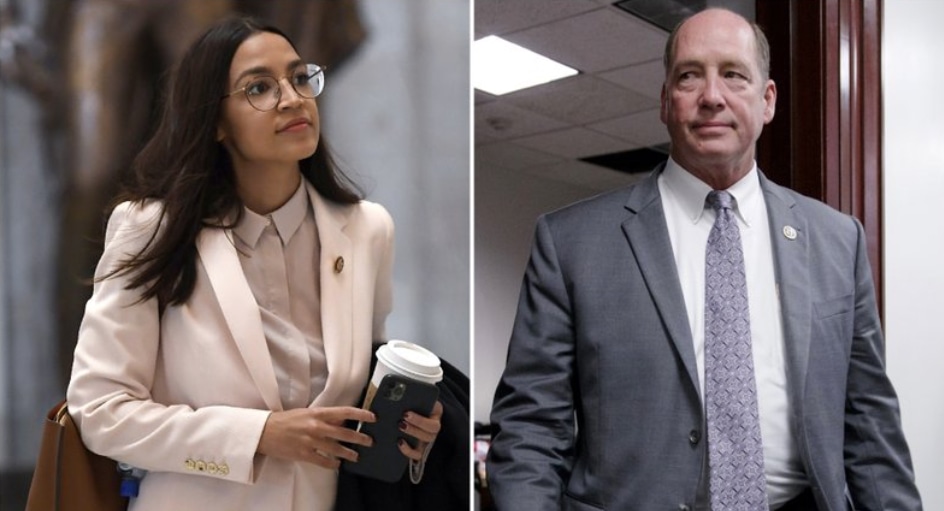 Democratic progressive firebrand Rep. Alexandria Ocasio-Cortez is accusing Republican Rep. Ted Yoho of using a sexist slur after an angry encounter and she is demanding he apologize.

The Hill newspaper said one of its reporters witnessed the confrontation on Monday between Ocasio-Cortez, of New York, and Yoho, of Gainesville, on the steps outside the Capitol. After the two separated and as Yoho descended a few steps, he appeared to utter the sexist comment “to no one in particular,” The Hill reported.

A spokesperson for Yoho, one of the House’s most conservative members, denied that he had used a sexist slur and instead contended that Yoho had said “bull****” to describe the progressive Ocasio-Cortez’s policies.

The comments by Yoho were “despicable and unacceptable” and require an apology on the House floor, House Majority Leader Steny Hoyer of Maryland told reporters.

In a tweet Tuesday, Ocasio-Cortez said she’d never spoken to Yoho “before he decided to accost me” as they passed each other.

“Believe it or not, I usually get along fine w/ my GOP colleagues. We know how to check our legislative sparring at the committee door. But hey, ‘b*tches’ get stuff done,” she wrote, using one of the words The Hill reported Yoho had used.

Yoho, 65, is a member of the hard-right House Freedom Caucus and is retiring when his term ends in January. Ocasio-Cortez, 30, is a high-profile first-term congresswoman whose vociferous support for proposals like the Green New Deal has won her appearances in GOP campaign ads casting her as a liberal villain.

Rep. Rashida Tlaib, a Michigan Democrat who, like Ocasio-Cortez, is a member of the “Squad” of first-term congresswomen of color, wrote that Yoho had “perpetuated” the problem of violence against women with his “sexist verbal attack.”

Several male House Democrats tweeted that they agreed with Ocasio-Cortez that poverty is a cause of crime and wondered why Yoho had never confronted them about their views.

According to the Hill, Yoho had approached Ocasio-Cortez on the Capitol’s outside steps and said her recent comments connecting poverty to a crime surge in New York City during the coronavirus pandemic were “disgusting.”

“You are out of your freaking mind,” Yoho added. Ocasio-Cortez told Yoho he was being “rude,” the article said.

Yoho spokesperson Brian Kaveney said in an email Tuesday that Yoho “had a brief member to member conversation” and had not called Ocasio-Cortez a name.

“It is unfortunate that Rep. Ocasio-Cortez is using this exchange to gain personal attention,” said Kaveny.

He wrote that instead, Yoho said “bull****” to himself “summarizing what he believes her policies to be.”

Kaveny did not immediately respond to a follow-up email asking if Yoho would apologize.

“It was the act of a bully, of a person who is the antithesis of the person we are honoring this week, John Lewis,” Hoyer said. He added that Yoho’s action was “despicable conduct and it needs to be sanctioned.″