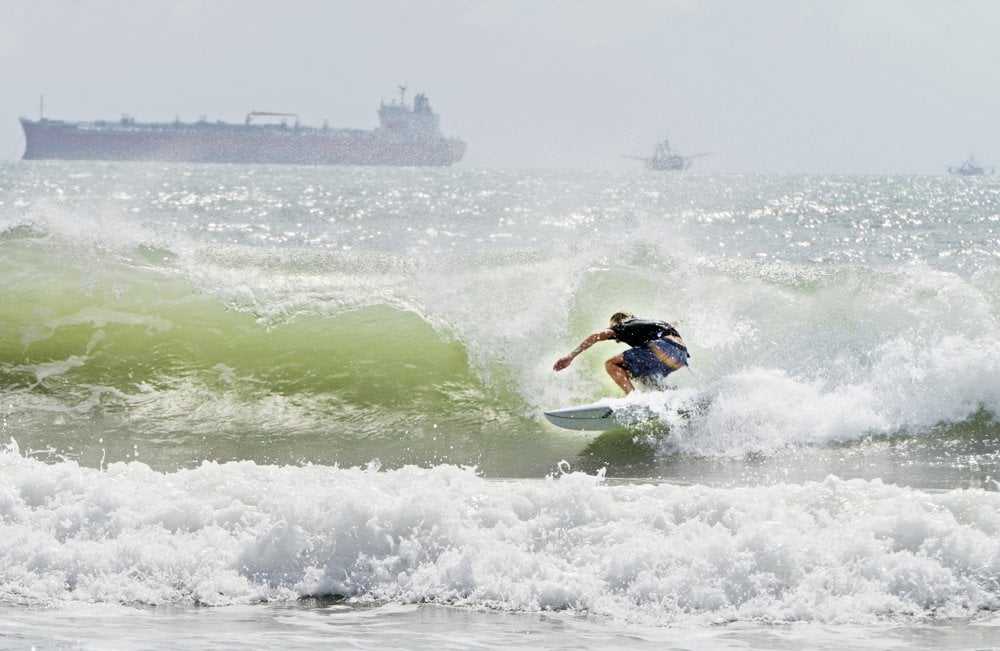 The tropical system broke the record for the earliest eighth Atlantic named storm.

Tropical Storm Hanna was upgraded to become the first hurricane of the 2020 Atlantic season Saturday, moving toward the Texas coast and threatening to bring heavy rain, storm surge and possible tornadoes to a state already struggling with the coronavirus.

The U.S. National Hurricane Center said Saturday that Hanna’s maximum sustained winds had increased to 75 mph. The storm was centered about 100 miles east-southeast of Corpus Christi, Texas, and was moving west at 9 mph.

The center of Hanna was expected to make landfall along the Texas coast within the hurricane warning area Saturday afternoon or evening, the Hurricane Center said. Additional strengthening is expected before Hanna makes landfall. Rapid weakening is expected after Hanna moves inland.

“The combination of a dangerous storm surge and the tide will cause normally dry areas near the coast to be flooded by rising waters moving inland from the shoreline,” the Miami-based agency said.

Maximum sustained winds stood at 75 mph at 7 a.m. EDT. The storm was centered about 100 miles east-southeast of Corpus Christi, Texas, and was moving west at 9 mph.

A storm surge warning in effect from Baffin Bay to Sargent was extended south of the bay to Port Mansfield, Texas. Storm surge up to 5 feet was forecast for that area. People were advised to protect life and property from high water.

Tornadoes were also possible Saturday for parts of the lower to middle Texas coastal plain, forecasters said. A hurricane warning remained in effect for Port Mansfield to Mesquite Bay, and a tropical storm warning was still in effect from Barra el Mezquital, Mexico, to Port Mansfield, Texas, and from Mesquite Bay to High Island, Texas.

Forecasters said Hanna could bring 6 to 12 inches of rain through Sunday night — with isolated totals of 18 inches — in addition to coastal swells that could cause life-threatening surf and rip current conditions.

Corpus Christi is in Nueces County, one of several COVID-19 hot spots in Texas. Officials in Nueces County said this week that 60 infants tested positive for the virus from July 1 to July 16.

Meanwhile, Tropical Storm Gonzalo was still on track to move across the southern Windward Islands on Saturday afternoon or evening. Gonzalo was moving west near 18 mph with maximum sustained winds at 40 mph, the National Hurricane Center said Saturday morning.

Gonzalo is forecast to bring 1 to 3 inches of rain, with isolated totals of 5 inches. A tropical storm warning was in effect for Tobago and Grenada and its dependencies. The storm was expected to dissipate by Sunday night or Monday, forecasters said.

Gonzalo and Hanna broke the record for the earliest seventh and eighth Atlantic named storms, respectively, according to Colorado State University hurricane researcher Phil Klotzbach. The previous records were Gert on July 24, 2005, and Harvey on Aug. 3, 2005, Klotzbach said.

Cristobal, Danielle, Edouard and Fay also set records for being the earliest named Atlantic storm for their alphabetic order.

previousCasey Askar's ex-wife claimed he tricked into a divorce, then left her for his secretary

nextDonald Trump plays on fears in play for the suburbs