Alan Cohn, Eddie Geller stake out different areas on the Left in CD 15 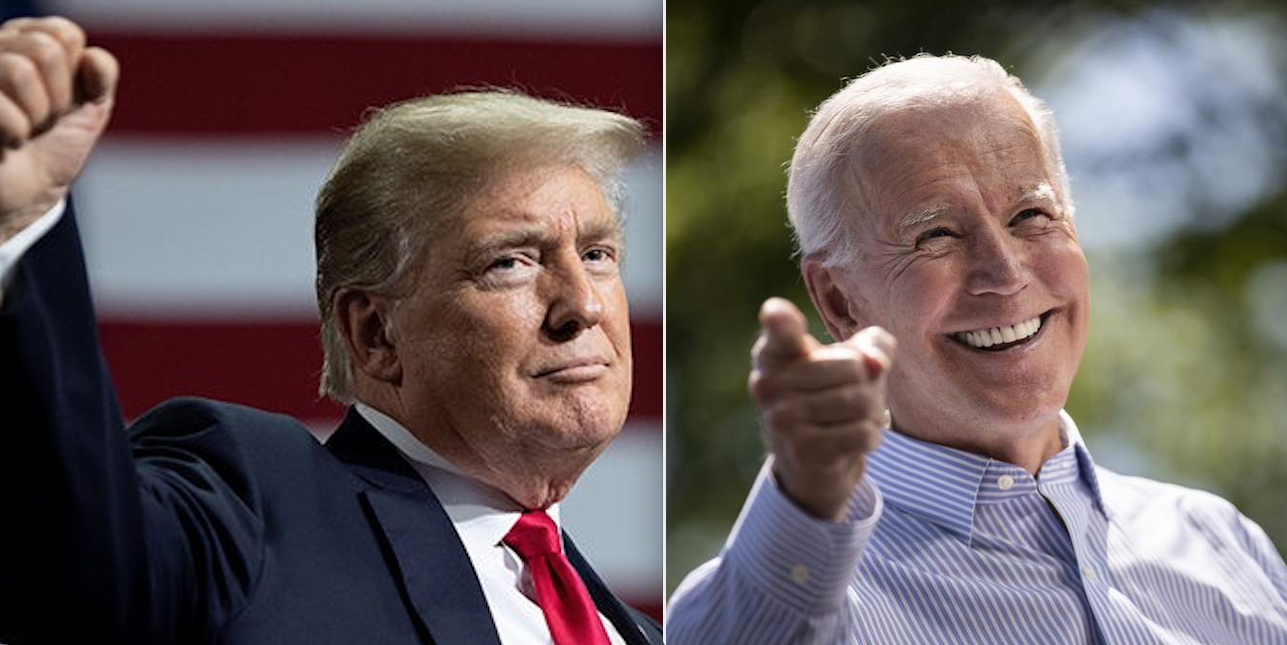 Joe Biden won’t go to Milwaukee for his nomination

The presidential candidates may be staying home for their nominations and President Donald Trump is floating the idea of accepting his in the White House, an idea that quickly drew strong bipartisan backlash.

Trump said Wednesday he’ll probably deliver his Republican convention acceptance speech from the White House now that plans to hold the event in two battleground states have been foiled by coronavirus concerns and restrictions.

Such a move would mark an unprecedented use of public property for partisan political purposes, and congressional leaders in both parties publicly doubted Trump could go ahead with the plan. Democratic House Speaker Nancy Pelosi said flatly that he “can’t do that.”

Also Wednesday, Democrats indicated that their presumptive nominee Joe Biden will not travel to Milwaukee to accept the presidential nomination because of concerns over the coronavirus, signaling a move to a convention that essentially has become entirely virtual.

Neither the Biden campaign nor Democratic National Convention officials offered details about how Biden might accept the nomination, which even in the pandemic could be a made-for-screen event that reaches tens of millions of voters via television and online.

It is the latest example of the pandemic’s sweeping effects on the 2020 presidential election and the latest blow to traditional party nominating conventions that historically have marked the start of fall general election campaigns.

But a political party nomination acceptance speech from the White House?

The president leaned into the idea during a television interview.

“I think it’s a beautiful setting, and we are thinking about that,” he said on Fox News Channel’s “Fox & Friends.” “It’s certainly one of the alternatives.”

He said the Republican National Convention will be a mix of virtual events and live speeches, including his remarks and a speech by first lady Melania Trump.

The Republican National Convention is scheduled for Aug. 24-27. Trump is to be formally nominated on Aug. 24 in Charlotte, North Carolina. But the venue for his speech accepting the nomination has been up in the air.

“I’ll probably do mine live from the White House,” Trump said.

All four days of the convention, including the speech, were planned for Charlotte until Trump feuded with the state’s Democratic governor over coronavirus health restrictions. Trump then moved the speech and other elements of the convention to Jacksonville, Florida, a move welcomed by the state’s Republican governor. But the president later canceled those plans because of a resurgence of the coronavirus in Florida.

That cancellation limited his options with the clock ticking.

Trump said holding the speech at the White House would be the “easiest from the standpoint of security” and the least expensive option because he — and the many staffers, Secret Service agents and others who typically accompany him — wouldn’t have to travel.

Trump said a final decision hadn’t been made, but he seemed to be leaning toward a White House setting for what traditionally is the highlight of a national political convention.

“If for some reason somebody had difficulty with it, I would, I could go someplace else,” he said. “The easiest, least expensive and I think very beautiful would be live from the White House.”

Pelosi said overtly political events aren’t held at the Capitol or the White House and accused Trump of trying to divert attention from his handling of the coronavirus.

The No. 2 Senate Republican, John Thune of South Dakota, noted that the Hatch Act limits the ability of federal government employees to participate in partisan political activity — though Trump and Vice President Mike Pence are exempt.

“I think anything you do on federal property would seem to be problematic,” Thune told reporters at the Capitol. Sen. John Cornyn, a Texas Republican, expressed similar concern.

“I would have to have somebody show me where it says he could do that. I would think on government property would be problematic,” Cornyn said at the Capitol.

Trump also said journalists will be allowed to cover his renomination in Charlotte. Reports last week said the proceeding would be closed to media coverage because of coronavirus restrictions.

Presidents historically have treated the White House as a politics-free zone, though Trump has shown disregard for many norms and customs of the presidency.

For the Democratic National Convention set for August 17-24, an official said all speakers and presenters are now expected to speak from remote locations.

“The upcoming Democratic convention is different than we’d imagined. A lot has changed since we set out on this journey more than a year ago now, but the one thing that hasn’t is Democrats’ commitment to putting health and safety first,” Evers said in a statement. “It has never been more important for elected officials to lead by example — that’s the kind of leader Joe is, and that’s the kind of president we need. I know he will continue to have a presence in Wisconsin, virtually or otherwise, and I look forward to doing everything we can to win Wisconsin.”

Biden and Democrats for months have moved toward a virtual convention, first by delaying the convention from its original mid-July date to the week before Republicans’ scheduled convention in Charlotte, North Carolina.

DNC officials later authorized organizers to plan for virtual proceedings, then added an explicit call for delegates not to travel to Milwaukee. More than 4,000 delegates already were casting mail ballots for Biden’s nomination and a platform that had been written and approved in meetings conducted online. But until Wednesday, it was expected that Biden and his running mate would speak from Milwaukee.

Biden is in the final days of deciding on a vice president, who he has said will be a woman.

Trump was far more reluctant than Biden to alter his convention plans, as he sought to downplay the pandemic’s significance and push the country to return to normal operations.

Jordan Libowitz, communications director for Citizens for Responsibility and Ethics in Washington, said a separation between governing and campaigning is fundamental to democracy.

Libowitz said delivering a convention speech from the White House would follow Trump’s decisions to disregard the long history of presidents and presidential candidates releasing their tax returns and to attempt to steer government business to his private for-profit properties.

“The Trump administration does not seem to care about these kinds of ethical norms for the president or really for anyone else,” Libowitz said.

On Wednesday, Trump also called for the first presidential debate, scheduled for Sept. 29 in Cleveland, to be moved up because early voting will have already begun in some states. He complained that the current scheduling is “ridiculous.”

The Commission on Presidential Debates, which plans the debates, had no immediate comment.

Two other presidential debates are scheduled for Oct. 15 in Miami and Oct. 22 in Nashville.

One vice presidential debate is planned for Oct. 7 in Salt Lake City.