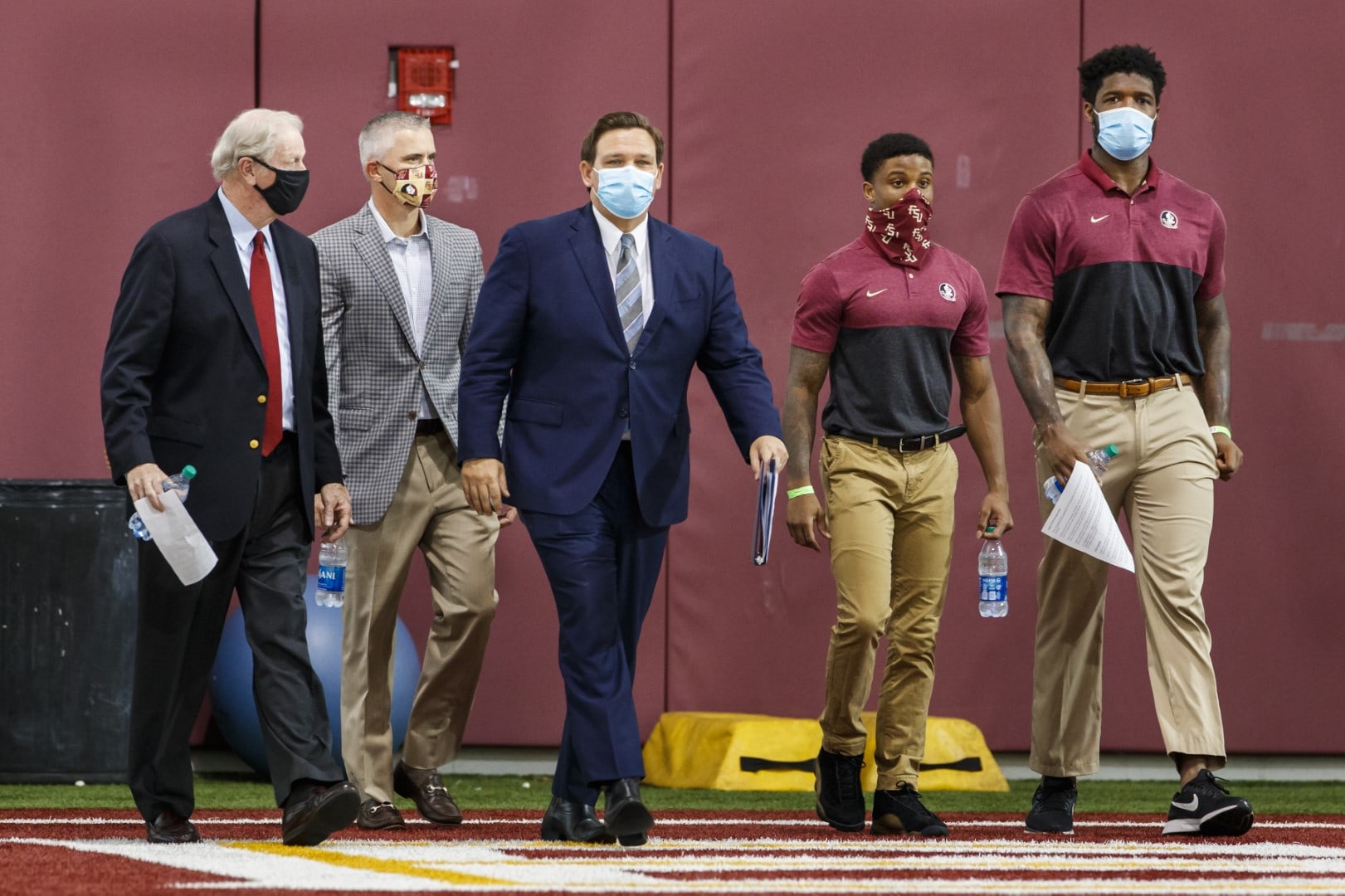 "I think the question is, is how robust is the recovery from the coronavirus shutdown?"

Getting ready for the possibility of a Special Legislative Session to balance Florida’s budget, Gov. Ron DeSantis’ administration and top House and Senate appropriations staff have called on state agencies to draw up ways to slice 8.5% from their current budgets to address “the expected shortfall” as a result of the COVID-19 pandemic.

The direction to look for reductions does not mean such cuts will be made in the fiscal year 2020-2021 budget, which took effect July 1. It was included in annual budget instructions sent to state agencies in mid-July.

But it came after the pandemic caused tax revenues to plummet in April, May and June and after DeSantis vetoed $1 billion in spending from the 2020-2021 budget. DeSantis made the vetoes in hopes of conserving cash and aligning the budget, which lawmakers passed in March as the pandemic was starting to hit, with the economic realities stemming from business shutdowns and job losses.

Despite frequent requests from Democrats, DeSantis and Republican legislative leaders have shown no willingness to hold a Special Session before the November elections. But with the fiscal year running through June 30, they could be faced with making budget cuts at some point.

While DeSantis vetoed $1 billion, he signed a $92.2 billion budget into law that included high-profile issues such as $500 million to increase teacher pay, $625 million for the  Everglades and other water-related projects and $100 million for the Florida Forever conservation program. He also approved 3% pay raises for state workers.

When he signed the budget in June, DeSantis said he was convinced “we’ll be able to weather the storm and do it right,” noting that the state had bolstered its reserves and had received money through a federal-stimulus law known as the CARES Act.

But DeSantis said on a radio show Monday that the pandemic will “loom” over every budget and policy debate during the 2021 Legislative Session, which starts in March.

“We are using intelligently the CARES Act money in a way that I think will keep us whole,” DeSantis said during an appearance on the Preston Scott show on WFLA radio in Tallahassee. “So, as we go into the Legislative Session, from a budget perspective, I think we’ll probably be OK for this fiscal year. I think the question is, is how robust is the recovery from the coronavirus shutdown? And if it’s robust, that gives us more options. If it’s not, then we may have to make some more tough decisions.”

A panel of economists will meet Friday to revise estimates of state general revenue, which plays a critical role in funding schools, health programs and prisons.

But economists recently said the state finished the 2019-2020 fiscal year on June 30 with $1.88 billion less in revenues than what was previously anticipated.

The declining revenues also come at a time when more Floridians have enrolled in Medicaid. Enrollment in the health-care program for poor, elderly and disabled people is expected to balloon by more than 14% during the current fiscal year, with economists predicting an average monthly enrollment of 4.36 million people.

DeSantis’ office did not immediately respond to requests for comments about the memo directing agencies to look at possible budget cuts. But Senate spokeswoman Katie Betta called the reduction exercise prudent.

“It is common for LBR (legislative budget request) instructions to include an exercise evaluating current year cuts during times when there are significant unknown and unpredictable factors impacting the state budget,” Betta said in a statement to The News Service of Florida.

Betta added that another “data point will be available later in the week” when the panel of economists update the general revenue estimates.

The July 15 budget memo also requires state agencies to compile recommendations on 10% worth of reductions for the 2021-2022 fiscal year, which will start July 1.

The 10% reduction is part of a routine budget exercise. The Governor’s office and legislative budget officials made “optional” a portion of that exercise that allows agencies to make a priority listing of the programs or services targeted for potential reductions.