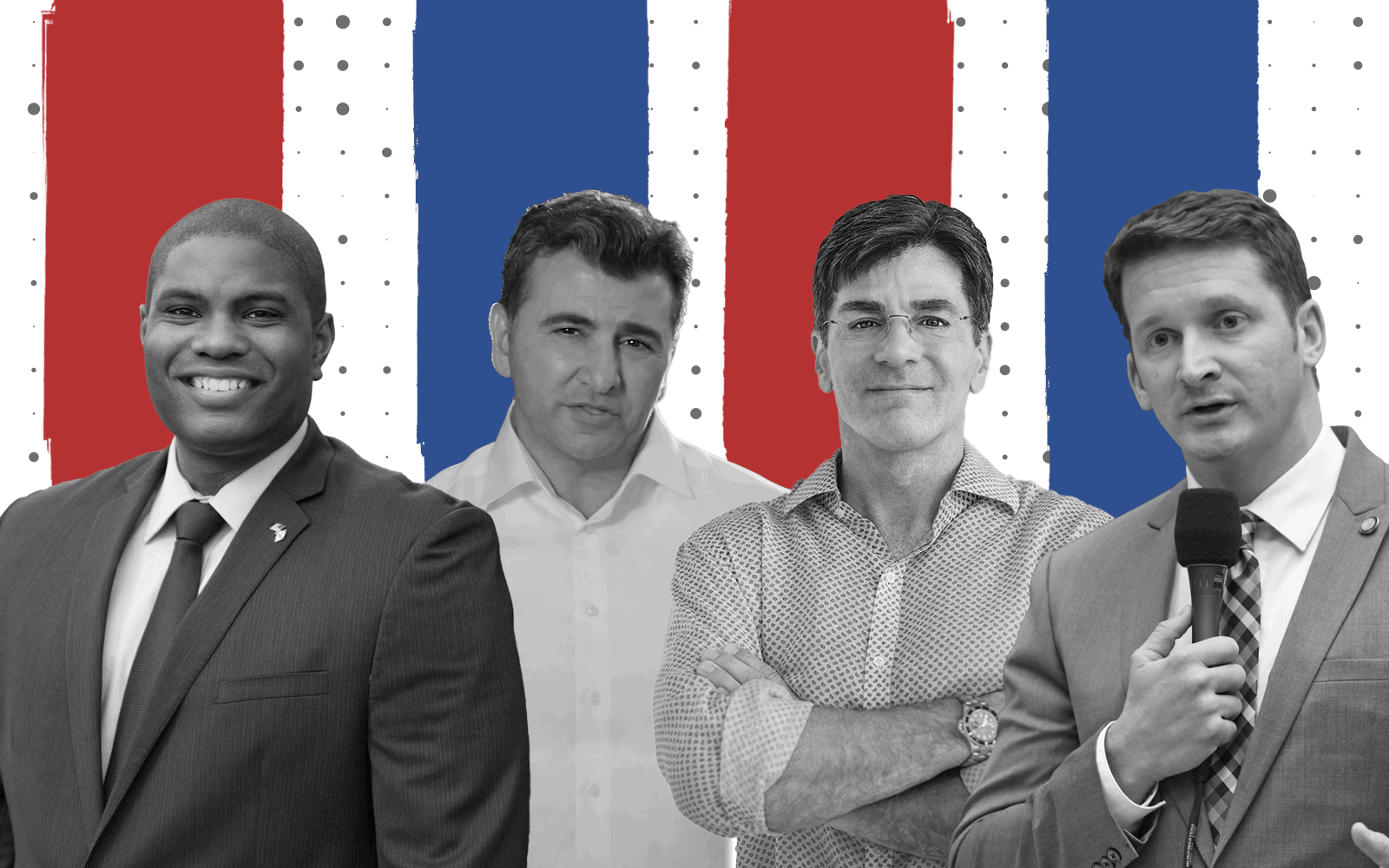 Arrest records, business dealings and so much NeverTrumping makes for raucous primary.

A flood of campaign mailers and barrage of advertisements has greeted voters in Florida’s 19th Congressional District for weeks now. Republican voters in particular endured targeted campaigns from four candidates in a tight GOP nomination race.

It all comes to a head Tuesday when Republican voters elect the GOP nominee to succeed Rep. Francis Rooney.

Southwest Florida has elected a string of self-funders and political outsiders, including Rooney, Curt Clawson and Trey Radel.

Aiming to fill that role this year were Figlesthaler, the first candidate in the race, and Askar, nearly the last. Askar, a fast food mogul who built an empire in Michigan out of Blackjack Pizza locations and then moved to Florida and further expanded his portfolio, ended up putting a $3 million loan into the race to quickly become a top-tier player in late March, though critics question the terms of that loan.

In the end, much was questioned about Askar. After he touted himself as a graduate of the Harvard Business School, a complaint was filed with the State Attorney’s Office alleging he was misrepresenting his education because he only attended an Owner/President Management program, the Naples Daily News reported. Askar ultimately sued the complainant for defamation, and the Clerk of Court in Collier County ruled in his favor by default when the activist failed to respond in a timely manner. Additionally, questions arose about Askar’s military service when he could not provide discharge papers, though the National Personnel Record Center ultimately confirmed he did serve four years as a private in the Marines.

Figlesthaler established himself early as an eccentric beating an unconventional campaign path, marketing his campaign in stadium urinals or alternately broadcasting ads in a lab coat or a leather motorcycle jacket. The urologist also reached deep in his pocket to fund the race. His own personal life came under scrutiny as opponents painted his campaign as a midlife crisis, and also questioned a business relationship dating back years ago when a doctor in his practice was arrested for possessing child pornography.

Eagle, as Florida House Republican Leader, jumped into the race with support from around the state and in Tallahassee. A former deputy chief of staff under then-Republican Gov. Charlie Crist, Eagle will complete a fourth term in the Florida Legislature this year. During the campaign, he and wife, Brooke, welcomed their first child. At the same time, Eagle leaned on insider connections.

Opponents painted him as an establishment politician from the swamp. He took negative hits, too, with six-year-old footage of a Tallahassee DUI arrest becoming a familiar site on the campaign trail. The NRA also put him on blast for his role in whipping votes in 2018 for the Parkland bill, which the pro-gun lobby staunchly opposed due, in part, to it raising the age on purchasing guns from 18 to 21.

Donalds, who voted against that legislation, became the favorite of Washington-based political groups like Club for Growth, Americans for Prosperity and the NRA. Rumors swirled through the district that the Donald Trump team quietly hoped for Donalds to win the nomination, the idea being that a young, black conservative would be able to help the President with minority outreach ahead of November. But opponents also painted Donalds as a creature of ambition, skipping votes during Session to attend fundraisers.

For more than a month, those four candidates remained the clear leaders in the race, trading spaces in available polling. But five other Republicans hope to rise above the negative campaigning targeting the big four.

Fort Myers Mayor Randy Henderson seems the most likely to emerge as a dark horse. While criticized as a moderate city leader, he raised more than a quarter million and earned attention with a promise to take back a key to the city he had given to Minnesota Rep. Ilhan Omar years prior.

Disabilities activist Darren Aquino, who appeared frequently on OAN and earned some national attention for surviving the coronavirus, hopes connections from New York would play well in a community of retired northeasterners.

For all these candidates, there were nearly more. State Rep. Heather Fitzenhagen qualified to run for the seat but quickly withdrew and filed instead for state Senate. Pundit Ford O’Connell also vied for the nomination, pulling together a team of Rooney veterans, but backed out as the COVID-19 pandemic rattled the economy.

As the Republican race played out, Democrats quietly have waged their own primary. David Holden, a financial adviser who challenged Rooney in 2018, put personal resources and tapped connections from his past campaign to take a shot at the open seat. Florida Gulf Coast University Professor Cindy Banyai, meanwhile, filed while Rooney was still in the race. In addition to running, she has also been trying to connect progressive candidates to build a long-term coalition in deep red Southwest Florida.